Reaching an agreement over the EU's €1.8 trillion seven-year budget and recovery plan will be "virtually impossible" without face-to-face meetings, warned the German EU Presidency.

The European Parliament and the Council failed to make any progress on Wednesday (14 October) on the budget negotiations and accused each other of presenting misleading figures of the additional funds requested for the EU’s long-term budget. 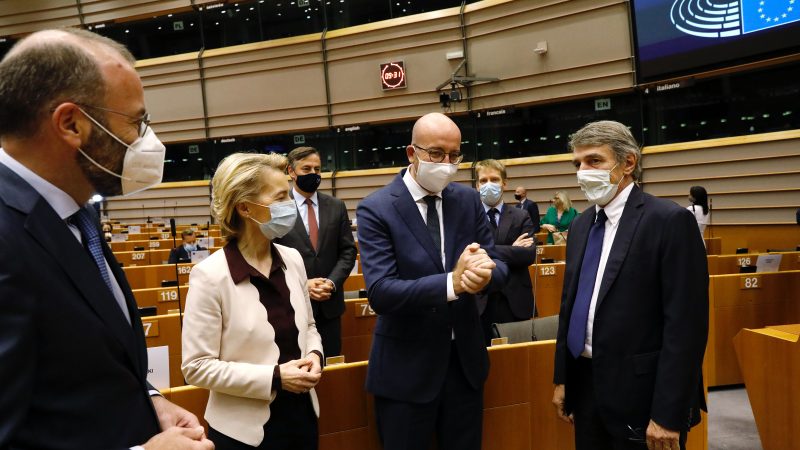 The European Parliament on Monday (7 September) requested a €110 billion increase to the EU’s seven-year budget and legally binding commitments on the introduction of new levies to finance the bloc's €750 billion stimulus against the COVID-19 crisis, EURACTIV has learnt.
Special Report

Plans to reserve 30% of European Union spending for climate objectives will not be the hottest topic on the agenda when EU leaders meet on Friday (17 July). And that may be good news for the climate.
Read more »»
RSS - Multi-Annual Financial Framework (MFF)