Four laureates of the European Parliament’s Sakharov prize for freedom of thought, an award established in 1988 and named after the Soviet physicist and dissident Andrei Sakharov, also won the Nobel for peace. EURACTIV Spain reports.
Interview

Geoffrey Harris, an old hand in the European Parliament, started his career just after the European Communities membership referendum, and will retire days before the Brexit referendum. In a wide-ranging interview, he tells of people and events that made EU history.
VideoPromoted content 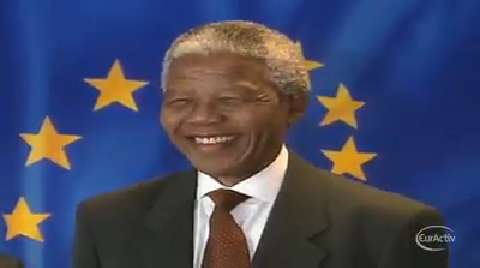 EU Flags are flying at half mast at the European Commission and the European Parliament as Europe pays tribute to a man who spent 27 years in jail to defend freedom and defeat racism. Former South African President Nelson Mandela died on Thursday at the age of 95, leaving the world mourning one of the greatest figures of the 20th century. EU leaders gave their condolences on Friday, calling him a person 'with profound humanity, moral integrity and authority'.
RSS - Nelson Mandela