The European Court of Justice (ECJ) has taken a stand in support of EU net neutrality rules in a case probing 'zero-tariff' deals, which give preferential treatment to the use of certain popular web applications, such as Spotify, Netflix and Facebook.
News

The spread of the coronavirus is becoming a stress test for Austria's internet infrastructure, as internet traffic exploded virtually overnight. To protect the country's capacities, the regulatory authority RTR has given the green light for certain online services, like video streaming, to be throttled.
News

European telecoms regulators are investigating whether app stores restrict internet access by limiting their users’ choice of content, the chair of the umbrella group of EU watchdogs said on Wednesday (14 March).
Special ReportInterview

A lot of the debate around net neutrality comes from misinformation but "this baseless fearmongering will simply lose credibility" once it becomes clear that the internet economy has continued to thrive, US telecoms regulator Ajit Pai told EURACTIV on the sidelines of the Mobile World Congress in Barcelona.
Special ReportNews

Sparks flew at a public discussion over net neutrality at one of the world’s biggest tech conferences on Monday (27 February), as EU tech chief Andrus Ansip defended the bloc’s two-year-old legislation while sharing a stage with the American regulator who just repealed a similar US law.
Special ReportInterview

A proposal from the Trump administration to build public-funded 5G networks will “end in disaster”, the EU’s top telecoms regulator has warned, urging Europe to speed up plans for its own fast internet networks.
Interview

Sébastien Soriano spoke to EURACTIV about what Yoda can teach us about EU telecoms law, accusations that he is lobbying to change draft rules, net neutrality and the likely new Digital Commissioner Mariya Gabriel.
Special ReportNews

A new European Commission aid plan promises to channel more development funds into building internet networks in Africa, in the hope that the bloc's fresh privacy and net neutrality rules could become a template for other countries.
Policy Brief

The space rocket which exploded before take-off yesterday (1 September) was carrying a satellite Facebook intended to use to connect sub-Saharan Africa to the internet.
News

Internet activists today (30 August) hailed the announcement by EU regulators of new rules to prevent telecoms companies from slowing down some internet traffic as a historic achievement.
Opinion

Without a strong protection of the principle of net neutrality, European digital businesses will be confronted with regional fragmentation and new barriers to market entry that will favour the already dominant tech companies from Silicon Valley, writes Stefan Heumann.
News

Europe's telecoms operators will have to justify giving priority to certain services on their network, according to new EU regulatory guidelines in a move likely to disappoint an industry hoping for more leeway so they can boost revenues.
News

The European Commission's digital single market strategy turns one year old today. With seven months left in the 16-point policy plan, the executive has only scratched the surface.
Opinion 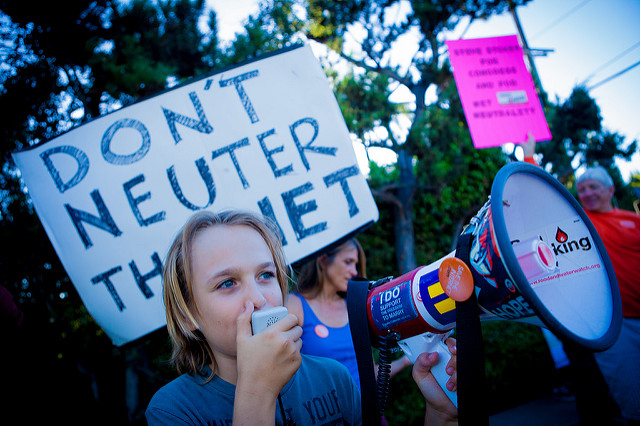 Depending on how the net neutrality regulation is implemented, it could have some serious adverse consequences, particularly for consumers, writes Robert Kenny.
News

EXCLUSIVE / Germany's leaked position paper on the upcoming EU telecoms reform tells the executive to lighten up on regulation and give its national telecoms authority more power.
News

A group of investigative journalists are calling out internet service providers in a number of EU countries for their shady business connections and lack of transparency.
News

British consumers can rest assured they'll benefit from EU plans to drop roaming charges in 2017—regardless of the outcome of the UK referendum on EU membership, a British official told a concerned House of Lords committee yesterday (7 September).
Read more »»
RSS - Net Neutrality