The new grant program largely funded by the European Development Fund (EDF) will support all 78 African, Caribbean and Pacific (ACP) countries in an effort to strengthen their regional health systems and tackle non-communicable diseases and health security issues.
News

Ever since Croatia joined the EU in July 2013, its membership has been so uneventful that it was almost invisible. Sadly, the same can be said for the EU's presence in Croatia.
Interview

With negotiations on the next EU long-term budget about to start, Commissioner Neven Mimica defended the European commitment to the Sustainable Development Goals and praised the role local authorities play in international cooperation in an interview with EURACTIV.com.
News

The European Commission has defended its plans to overhaul its foreign spending budget, promising that it would deliver a large increase in aid spending and ‘eliminate bureaucratic barriers’.
News 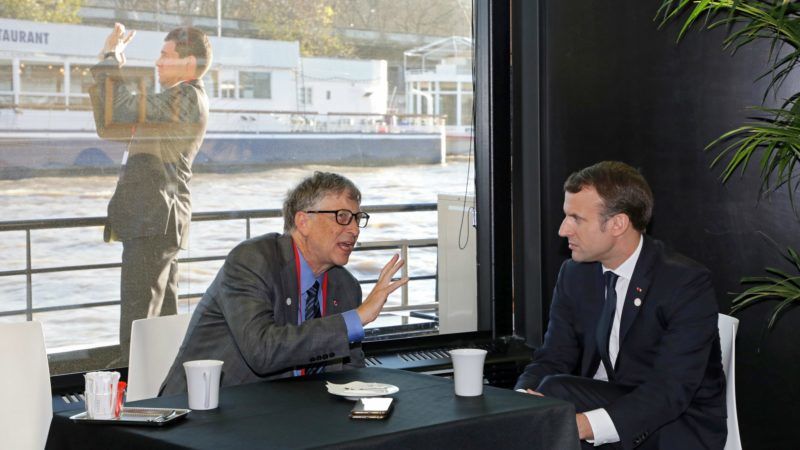 The European Union together with the Bill and Melinda Gates Foundation pledged on Tuesday (12 December) more than €500 million over the next three years for research and innovation in agriculture.
News

The European Commission presented on Tuesday (12 December) a recommendation to the Council including a long-awaited proposal for how to proceed in new trade negotiations with the countries of Africa, Caribbean, and Pacific Group of States (ACP).
Special ReportNews

Violence against women and girls is the root cause of discrimination and disempowerment, and this is not only about Africa, speakers insisted yesterday (26 September) at a conference on “Political Empowerment of Women in Africa and in Europe”.
Interview

A key plank of future aid funding to meet the Sustainable Development Goals (SDGs) has come under fire in a report which warns against all ‘blending’ partnerships until a raft of alleged failures are fixed.
Special ReportInterview

The massive need for investment in projects of public interest in developing countries cannot be met by the public sector alone, this is why the involvement of the private sector in reaching the SDGs is key, the European Commissioner for International Cooperation and Development told EURACTIV.com in an exclusive interview.
News

The EU announced on Friday (17 March) a further €165m for drought-stricken parts of eastern Africa, during a visit by Foreign Affairs chief Federica Mogherini and Commissioner Neven Mimica to Addis Ababa, the continent's diplomatic capital.
Opinion

The EU will not meet the 2030 Sustainable Development Goals without rethinking its approach to individual targets. So far, this has not happened, writes Damien Demailly.
News

EU Commissioner for Development Neven Mimica and foreign affairs chief Federica Mogherini have welcomed the change of government in Gambia, after elections last week saw the end of the 22-year rule of Yahya Jammeh.
News

The EU will renew the framework for relations with the Africa, Caribbean and Pacific Group of States (ACP) by 2020. The bloc could demand closer cooperation in the return and readmission of illegal migrants. EURACTIV France reports.
News

Ethiopia is a secure, stable country in the Horn of Africa, says Ethiopia's Ambassador to the EU, Teshome Toga. However, he admits "gaps" in governance have fuelled year-long protests that have left hundreds dead.
News

The revision of the European Consensus on Development has once again thrown the spotlight on the failure of EU countries to allocate 0.7% of their gross national income (GNI) to international solidarity. EURACTIV France reports.
Interview

EXCLUSIVE / One of the keynote announcements of Jean-Claude Juncker's State of the Union address last week was the European External Investment Plan. EU development aid chief Neven Mimica gives the details in an interview with EURACTIV.com
Opinion

Europe is at last fully converted to the merits of boosting investment in order to achieve sustainable growth. The EU is doing so with an internal investment plan (commonly referred to as the Juncker Plan or as the European Fund for Strategic Investments (EFSI), writes San Bilal.
News

The Ethiopian government has hit back after the international outcry over the rising death toll from protests in the country, blaming “outside forces” for fomenting the trouble.
Read more »»
RSS - Neven Mimica