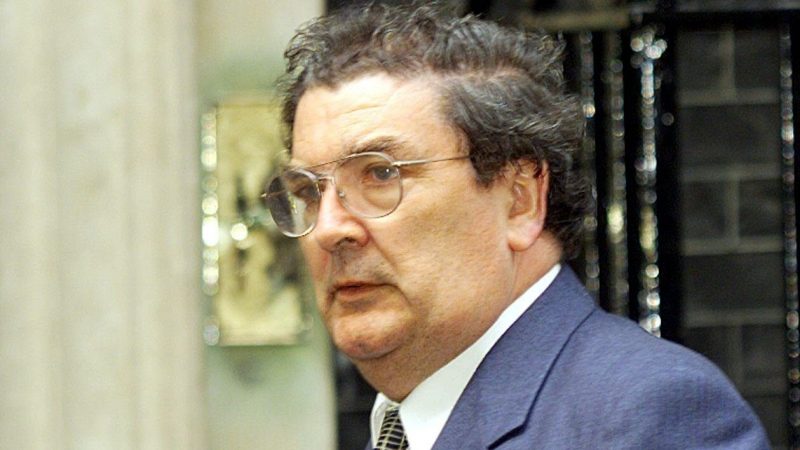 Tributes poured in Monday (3 August) from across the political spectrum following the death of John Hume, who won the Nobel Peace Prize for his role in ending decades of deadly sectarian violence in Northern Ireland.

Irish nationalists Sinn Fein demanded on Sunday (9 February) to be part of the next Irish government after early results indicated the left-wing party secured the most votes in an election that leader Mary Lou McDonald described as a ballot box "revolution". 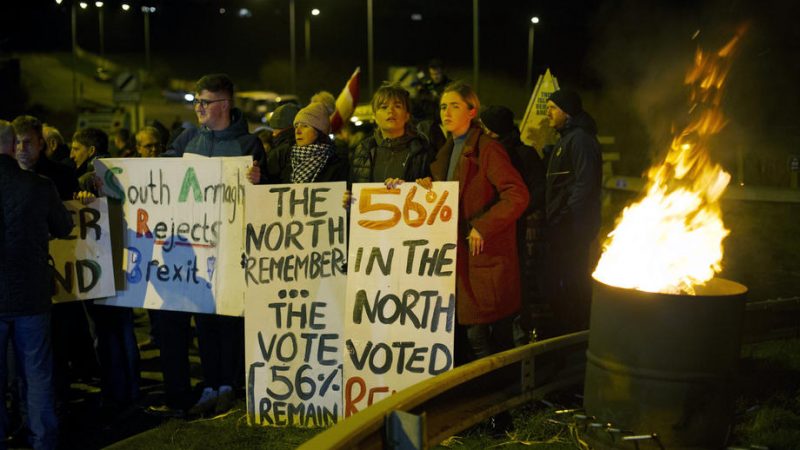 Northern Irish police said Thursday (6 February) they had found a bomb attached to a truck which was intended to go off as the UK left the European Union.

Campaigners who fought for decades to end Northern Ireland's same sex-marriage ban and restrictions on abortion prepare on Monday for a momentous change to the laws on both at the stroke of midnight.

European officials warned Monday (6 October) that Britain's latest Brexit proposal cannot serve as a basis for a breakthrough before next week's Brussels summit.

Britain is proposing to set up "customs clearance centres" on both sides of the Irish border after Brexit, Irish national broadcaster RTE reported on Monday (30 September), an idea Ireland's foreign minister quickly dismissed as a "non-starter".

Northern Ireland's largest party, the Democratic Unionist Party, on Wednesday called for a "refit" of the British province's 1998 peace accord "to take account of any new Brexit deal."

While the French government is launching a series of talks surrounding the issue of domestic violence within the country, the issue of femicide continues to affect the entire EU. EURACTIV's partner Ouest-France reports.

British Prime Minister Boris Johnson wrote Monday (19 August) to European Council President Donald Tusk reaffirming his desire to conclude a Brexit deal as well as his opposition to the controversial "backstop" on Ireland.

Phased EU-wide elections take place in Ireland on Friday (24 May) after a campaign dominated by concerns over neighbouring Britain's messy bid to leave the bloc, and as eurosceptic forces elsewhere in Europe hope to create a political earthquake.

Journalist Lyra McKee was killed after shots were fired during rioting in the Northern Irish city of Londonderry on Thursday (18 April) that saw police attacked by petrol bombs and other missiles.

Time is running out as the UK is set to leave the EU on 29 March, and an orderly withdrawal is not yet secured. EURACTIV has travelled to Northern Ireland where Brexit is more than a political or economic issue - it is a challenge for peace.
Special Report

Shay McArdle is 21 years old. He lives in Dundalk, Ireland, and has no idea what a hard border looks like or what it was like to live through the 'Troubles'. But he is committed to preserving the state of peace that he was born into.
Special Report

Peter used to be a policeman during ‘the Troubles’, while Tom served 13 years in the loyalist Ulster Volunteer Force (UVF), a paramilitary group. Now, both help former combatants reintegrate into Northern Irish society. A project like this would have been almost impossible without the EU’s support.
Special Report

The EU's chief Brexit negotiator, Michel Barnier, has reflected on what can and what cannot be negotiated between the EU and the United Kingdom, with only 65 days until the scheduled severance date. EURACTIV France reports.
Read more »»
RSS - Northern Ireland