Anti-establishment and nationalist parties in Italy reached a new coalition deal on Thursday (31 May) reviving their plans to take power, narrowly avoiding snap elections and setting in motion an anti-austerity government in the eurozone’s third largest economy. On Thursday...
News

All eyes are on Italy as the far-right League and rebellious Five Star Movement close in on power, ringing alarm bells in Brussels as the country inches towards becoming the first EU founding member to have a euro-sceptic government.
News 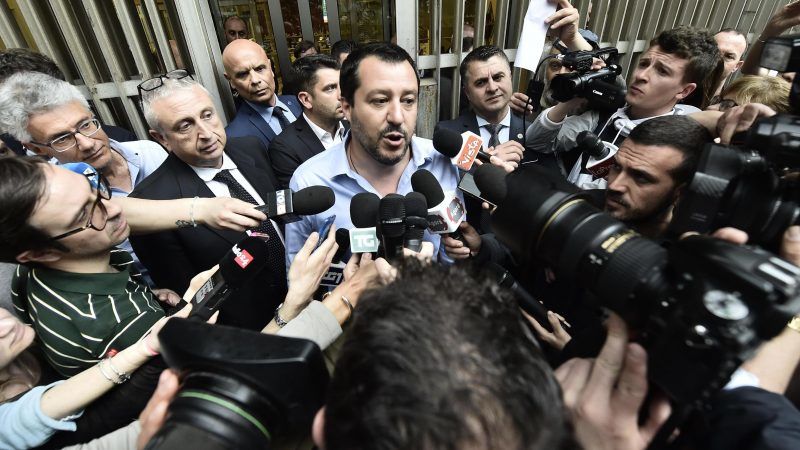 Italy's anti-establishment 5-Star Movement and the far-right League spent the weekend locked in talks to forge a common policy programme and called the head of state on Sunday (13 May) to report on their progress towards naming a prime minister.
News 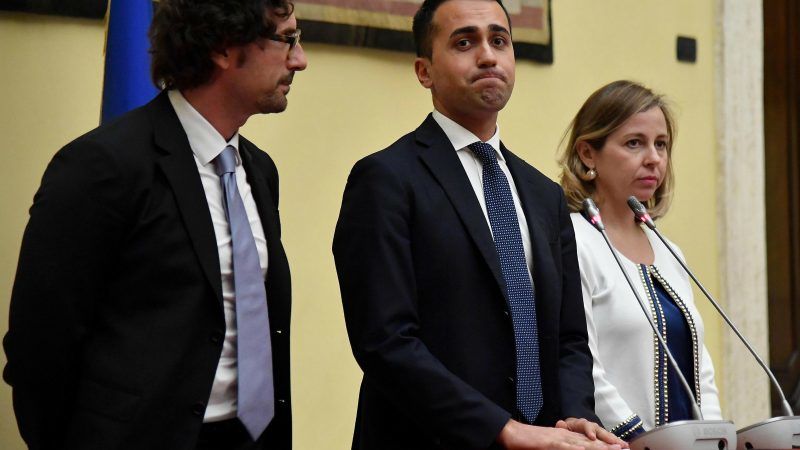 Italy's anti-establishment 5-Star Movement opened the door to coalition talks with the centre-left Democratic Party (PD) on Tuesday (24 April), saying the only other way to end a political deadlock would be a return to the polls.
News

Italy’s far right took advantage of the European Parliament’s plenary session in Strasbourg to flex its muscles during a press conference last week. This was contrary to the regulations of the institution and was not generally appreciated. EURACTIV.fr reports
Video

Since the start of the election campaign in Italy, fake videos and pictures have circulated on social networks. EURACTIV.com looks into the main ones as part of the ‘Fact or Fake’ series, in partnership with France 24.
News 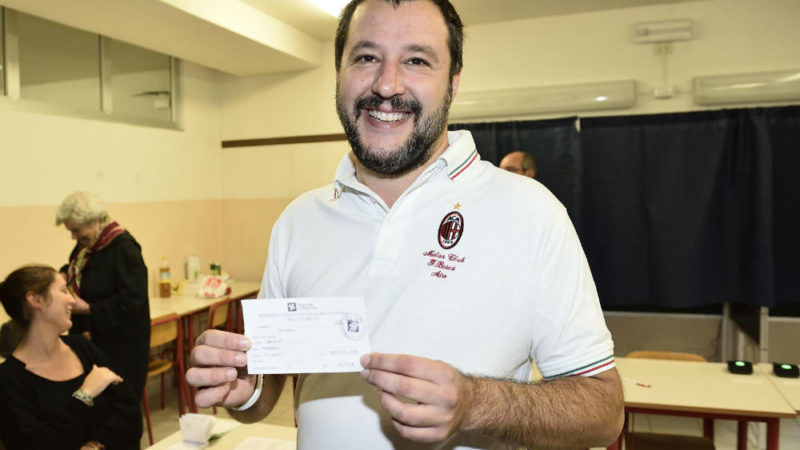 Two wealthy northern regions in Italy voted on Sunday (22 October) in favour of having increased independence from Rome, in a non-binding referendum that set the stage for negotiations on more autonomy with the central government.
News 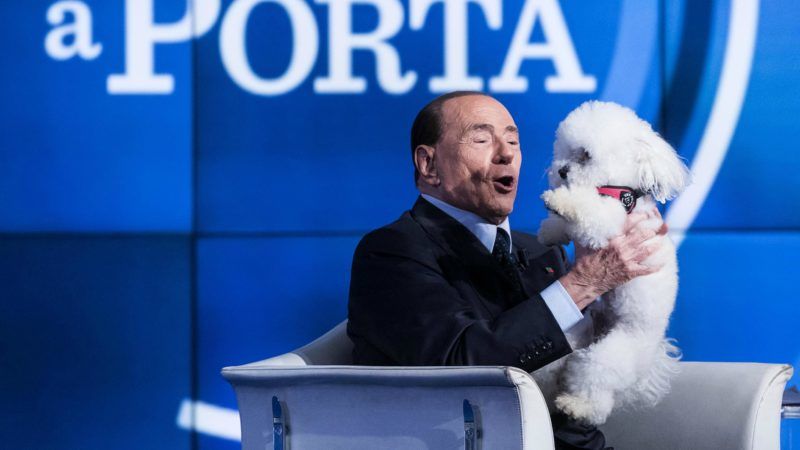 Former Prime Minister Silvio Berlusconi, marking a formal return to Italy's political stage, laid out his policy priorities on Sunday (17 September) for the forthcoming election, portraying himself as a pro-European moderate.
News 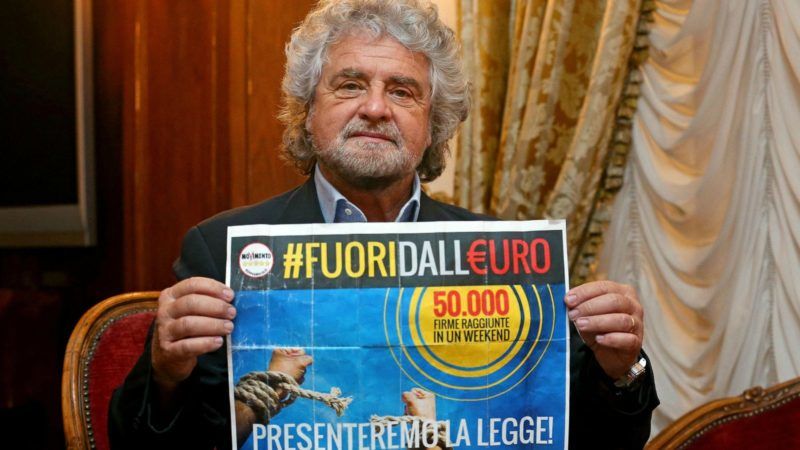 Italy's central bank warned today (31 May) that leaving the eurozone would not solve the country's economic problems, as two major parties campaign to drop the common currency before an election that may come as soon as this autumn.
News

An Italian prosecutor who began an investigation into possible ties between humanitarian organisations that rescue migrants at sea and Libya-based people smugglers said on Wednesday (3 May) he had no proof of any wrongdoing.
News 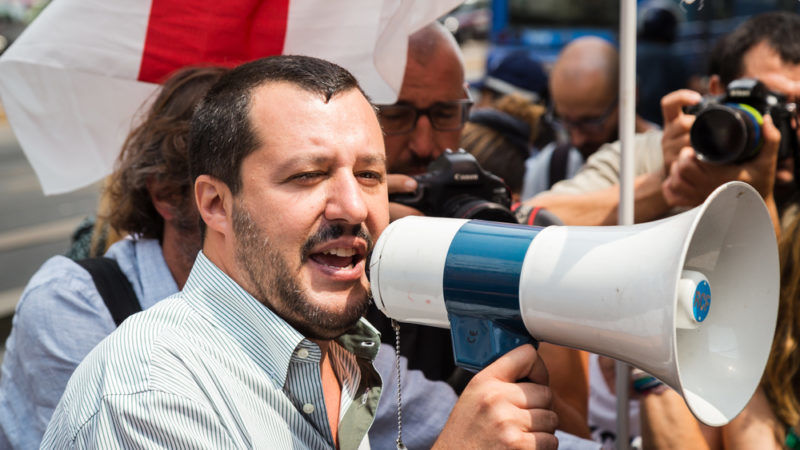 Donald Trump and Brexit: 2016 was a year of populist earthquakes on both sides of the Atlantic, spelling huge uncertainty for upcoming European elections and the direction of US policy.
News

Italian Prime Minister Matteo Renzi resigned yesterday (7 December) after a bruising referendum loss at the weekend, with most parliamentary factions pushing for an early election in a few months' time.
News

Italy could have an election as early as February, a minister in Prime Minister Matteo Renzi's outgoing government said on Tuesday (6 December), speaking after talking to Renzi.
News

Italian Prime Minister Matteo Renzi said he will resign after losing a key referendum on constitutional reform, plunging the country into political turmoil and the EU in further uncertainty.
News

Italian Prime Minister Matteo Renzi came under fire on Tuesday (26 January) after ancient nude statues in Rome's Capitoline Museum were covered up to avoid any possible offence to Iranian President Hassan Rouhani who is visiting the country.
News
Elections 18-01-2016

US intelligence agencies are to conduct a major investigation into how the Kremlin is trying to divide and weaken the EU, The Telegraph reported.
News

Italian Prime Minister Matteo Renzi suffered a setback in local elections on Sunday (31 May), with a weaker-than-expected showing by his centre-left bloc and a marked rise in support for the right-wing Northern League and the anti-establishment 5-Star Movement.
News

Up to 400 illegal migrants died after their vessel capsized off the Libyan coast on Sunday (12 April), said survivors who were brought to Italy, where tension is mounting over a surge in boat arrivals from North Africa.
Read more »»
RSS - Northern league