A Russian court sentenced on Tuesday (29 December) the former chairman of Kazakh BTA Bank's board of directors, Mukhtar Ablyazov, to 15 years in prison, Russian media reported. The story of Ablyazov, a fugitive for years, has been turned into a book as a striking example of the ability of post-Soviet kleptocrats to benefit from Western “hospitality”.
News 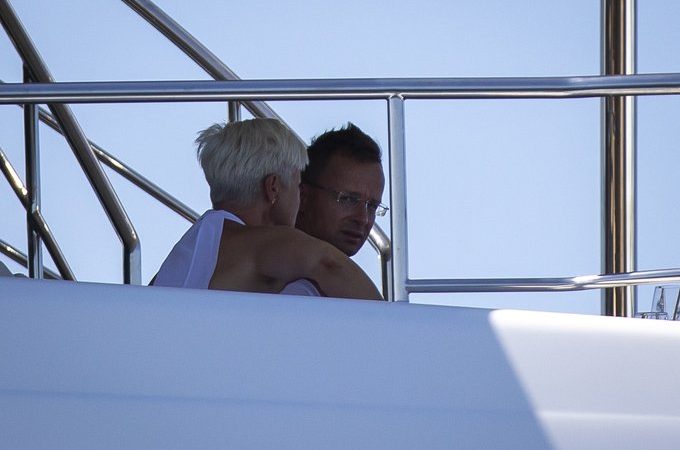 Hungarian Foreign Minister Péter Szijjártó rejected allegations of corruption and calls for his resignation on Tuesday, speaking to the media for the first time after he was photographed aboard the yacht of a government-friendly tycoon more than a week ago.
News

According to the World Bank, it turns out to be easier to do business in post-Soviet Belarus, Armenia, Azerbaijan, Kazakhstan and Russia than in EU member Bulgaria, writes Joël Ruet. Joël Ruet is the chairman of The Bridge Tank As...
News

The European People's Party group called on Wednesday (13 May) for an EU law to prevent oligarchs and land-grabbers drawing on EU subsidies at the expense of small and medium-sized farming businesses. The practice is widespread in countries in Eastern Europe and Italy.
Opinion

Former Ukrainian President Petro Poroshenko is fighting a court decision to have him brought in by force for questioning by the State Bureau of Investigations (SBI). Poroshenko's lawyers and his party said this latest development illustrates what the West calls “selective justice” in Ukraine.
News

Ukraine is finalising changes to legislation on bank insolvency in consultation with the International Monetary Fund as part of efforts by Kyiv to secure a new loan programme, a senior state official told Reuters.
News

The PPF investment group owned by Petr Kellner, who keeps a low profile despite being the Czech Republic's wealthiest man, said Monday (28 October) it had sealed a deal for the CME media group running 30 TV stations in five Central European states.
News

Ukraine’s new President Volodymyr Zelenskiy hardly expected to become a protagonist in a possible impeachment of his US colleague Donald Trump. On top of that, his name has now also appeared in the press in relation to a London court case of possible financial malpractice involving billions of dollars.
Opinion

Several thousand anti-government protesters took to the streets of the Georgian capital Tbilisi for a fourth day on Sunday (24 June) as tensions rose between Moscow and its ex-Soviet neighbour.
Opinion

In a popular Ukrainian TV series, comedian Volodymyr Zelenskiy plays a president who is scrupulously honest and outwits crooked lawmakers and shadowy businessmen who try to stand in his way.
Read more »»
RSS - oligarchs