Patients are “punished” due to a lack of innovation-driven structural reforms in a crisis-hit public health system, the head of the Greek pharma industry said in an interview with Euractiv Greece.

A new breed of drugs, called “value added medicines”, could help patients improve their everyday life while in treatment, without increasing healthcare budgets, Christoph Stoller said in an interview with EURACTIV.com 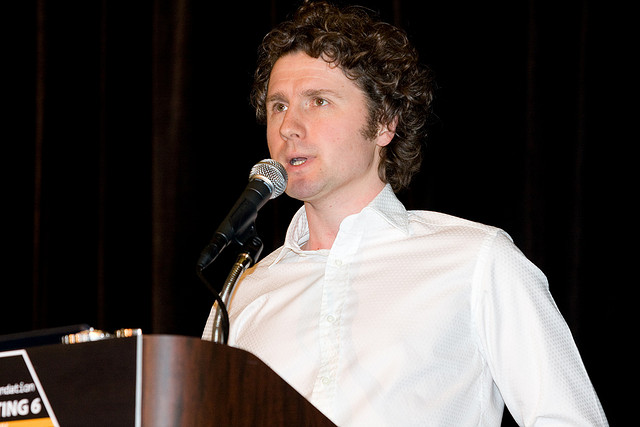 Ben Goldacre: Pharma industry has destroyed its own reputation

EXCLUSIVE: The great tragedy for the pharmaceutical industry is that it keeps denying that it lobbies against transparency in clinical trials, says Ben Goldacre.

Europe’s debt crisis is hitting health budgets, leading to unpaid bills for pharmaceutical products, warns the head of Europe's pharma industry association, EFPIA, in an interview with EURACTIV. According to Richard Bergström, the industry is near breaking point and the issue needs to be discussed at the highest policy making levels.

Brian Ager, Director-General of the European Federation of Pharmaceutical Industries and Associations (EFPIA), is leaving his position after 16 years at the head of the trade association. In an interview with EURACTIV, he reflects on his tenure and discusses some of the new legislation and controversies affecting the pharmaceutical industry.

The first meeting of the High Level Pharmaceutical Forum (HLPF) is set to be difficult. In order to control the health costs, the member states are likely to block any change on the topics under discussion: pricing of medicines, the assessment of relative effectiveness of drugs and information for patients, argues MEP Jorgo Chatzimarkakis in an interview with EURACTIV.
RSS - pharmaceuticals