Proposals to allocate 20% of revenues from carbon trading to the EU budget, combined with a new tax on plastic waste, could help plug the hole left by Britain’s departure from the European Union, as leaders meet tomorrow to agree on the bloc's first post-Brexit budget.
News

The government is open to rediscuss a proposed tax on single-use plastics, out of concern for the country's world-leading packaging sector based in Emilia-Romagna where regional elections are scheduled in January.
Opinion

The European Union is forgetting the revenue side of the EU budget to pursue its policies. The new own resources can provide a link to an EU policy, increase ownership, and shape behaviour of citizens, businesses and governments, write a group of Slovak diplomats.
News

A European tax on plastic waste is gaining momentum as a way to bring new sources of revenue to the EU budget as leaders prepare for a two-day summit in Brussels beginning on Thursday (17 October).
Opinion 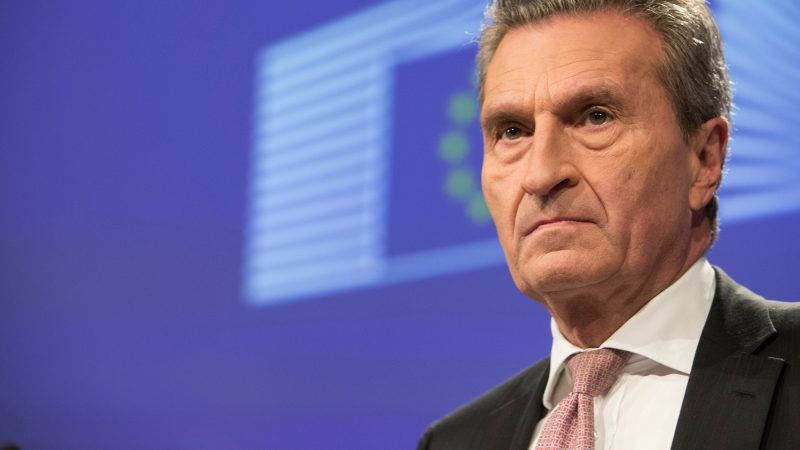 The CO2 emissions reductions achieved by plastic recycling is very costly when compared to alternatives like wind energy and solar PV, while much energy can be extracted from burning plastic waste, argue Raymond Gradus and Henriëtte Prast.
Special ReportInterview

The European Commission is looking at different types of fiscal incentives to increase demand for recycled plastics, which are currently more costly than virgin materials, Jyrki Katainen told EURACTIV in an interview.
Special ReportNews

The EU is losing 95% of the value of the plastics it produces. But the European Commission has a strategy to make plastic packaging more sustainable, both environmentally and economically.
Opinion

A tax or ban on plastics won't solve pollution problems, but it would deprive the world od a cheap and valuable material. The solution is to make it biodegradable and recyclable, writes Michael Stephen.
RSS - plastic tax