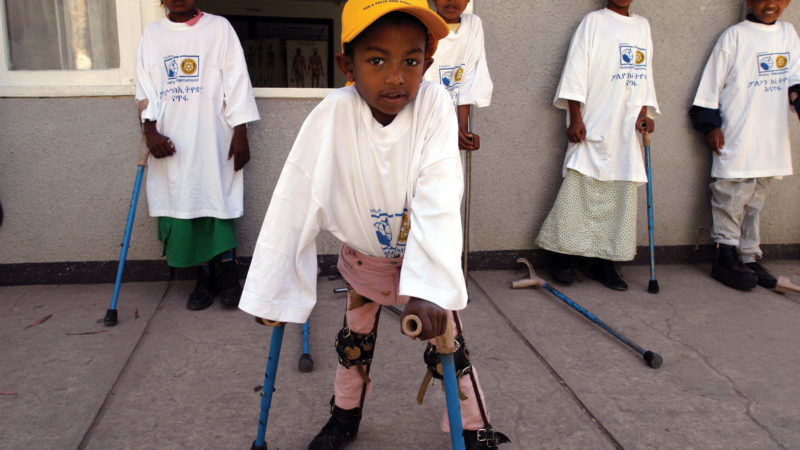 The international legacy of European science, aid and polio eradication

The cost of eradicating polio may seem high, but with a last concerted effort we will pass on a world free of the disease for ever, writes David L. Heymann.
Interview

The new head of the UN's environment programme (UNEP) spoke to EURACTIV's partner Der Tagesspiegel about capitalism and development.
Opinion

Madagascar was officially declared polio-free in 2005, but low rates of vaccination and poor sanitation have allowed the virus to make a come-back in recent years. EURACTIV France reports from Madagascar.
Opinion

A polio-free world is within reach. With continued support and funding, the EU can help wipe out this devastating disease, writes Stefan Rebmann.
Opinion

The EU can choose to defeat polio

Until polio is eradicated, all countries remain at risk. Europe is no exception, and the sixteen deaths caused by a polio outbreak in Albania in 1996, which spread to Greece and Kosovo, are a harsh reminder of this fact, writes John Hewko.
Special Report InfographicPromoted content

Vaccination may be the most effective public health intervention of all time. This is especially true in developing countries, where many families can’t find or afford health care when they get sick. The prevention offered by vaccines can be life-saving.
Special ReportNews

As overseas money dries up, Indonesia develops its own vaccines

SPECIAL REPORT: Indonesia is developing its own vaccines to fight infectious diseases because funds from the EU and other development agencies to its health sector are drying up. EURACTIV reports from Indonesia.
News

Challenged to comment on Pope Francis' recent comment that Catholics shouldn’t “breed like rabbits”, Melinda Gates told a Brussels audience that women in developing countries should be educated, and use modern methods of contraception in family planning.
Opinion

?It would be naïve to feel safe from the threat polio virus poses to children everywhere. Critical action is needed by European leaders now to protect the world from this threat and realise the promise of global eradication, writes Geeta Rao Gupta, John Hewko and Bruce Aylward.
News
Development Policy 15-01-2014

European Development Commissioner Andris Piebalgs has hailed the milestone passed by India on 13 January when it marked three years since its last reported polio case, the threshold for certifying a country free of the disease.
News
Development Policy 31-10-2013

European Commission officials have lent weight to calls for a "vaccination ceasefire" in Syria, after the first recorded outbreak of polio in the country for 14 years.
Opinion
Health 26-06-2012

A polio-free world is still possible

The world’s chances of achieving this once unthinkable goal of ending polio are being jeopardised by a funding gap of $945 million (€757 million), says Sir Liam Donaldson.
RSS - Polio