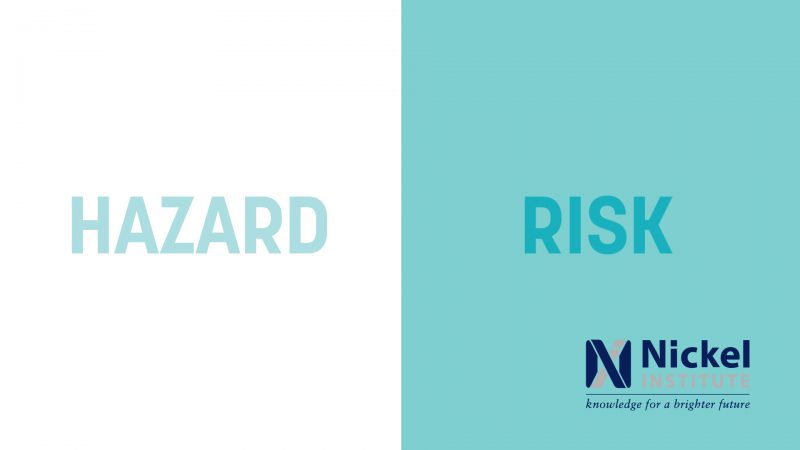 The terms “risk” and “hazard” are regularly used by scientists, industry and regulators. But what do they mean? And what is the difference between them?
News

The European Court of Justice (ECJ) ruled on Wednesday (13 September) that member states cannot adopt emergency measures banning genetically modified organisms (GMOs) without evidence of a serious risk to health or the environment. But the ruling was surpassed by recent EU legislation and changes nothing.
Opinion

The European Union's trade deal with Canada (CETA) has negotiated a few more obstacles after it overcame an appeal made in Germany and the European Parliament's environment committee. EURACTIV Germany reports.
Interview

Germany’s ruling parties champion the cause of proper subsidiarity when it suits them, but conveniently forget it when it comes to free trade, said Sven Giegold MEP, in an interview with EURACTIV Germany about CETA.
Opinion

The EU’s preference for the “precautionary principle” over science-based decision-making is a barrier to transatlantic trade in the meat industry. TTIP and regulatory convergence would benefit both EU and US farmers, argues Barry Carpenter.
News 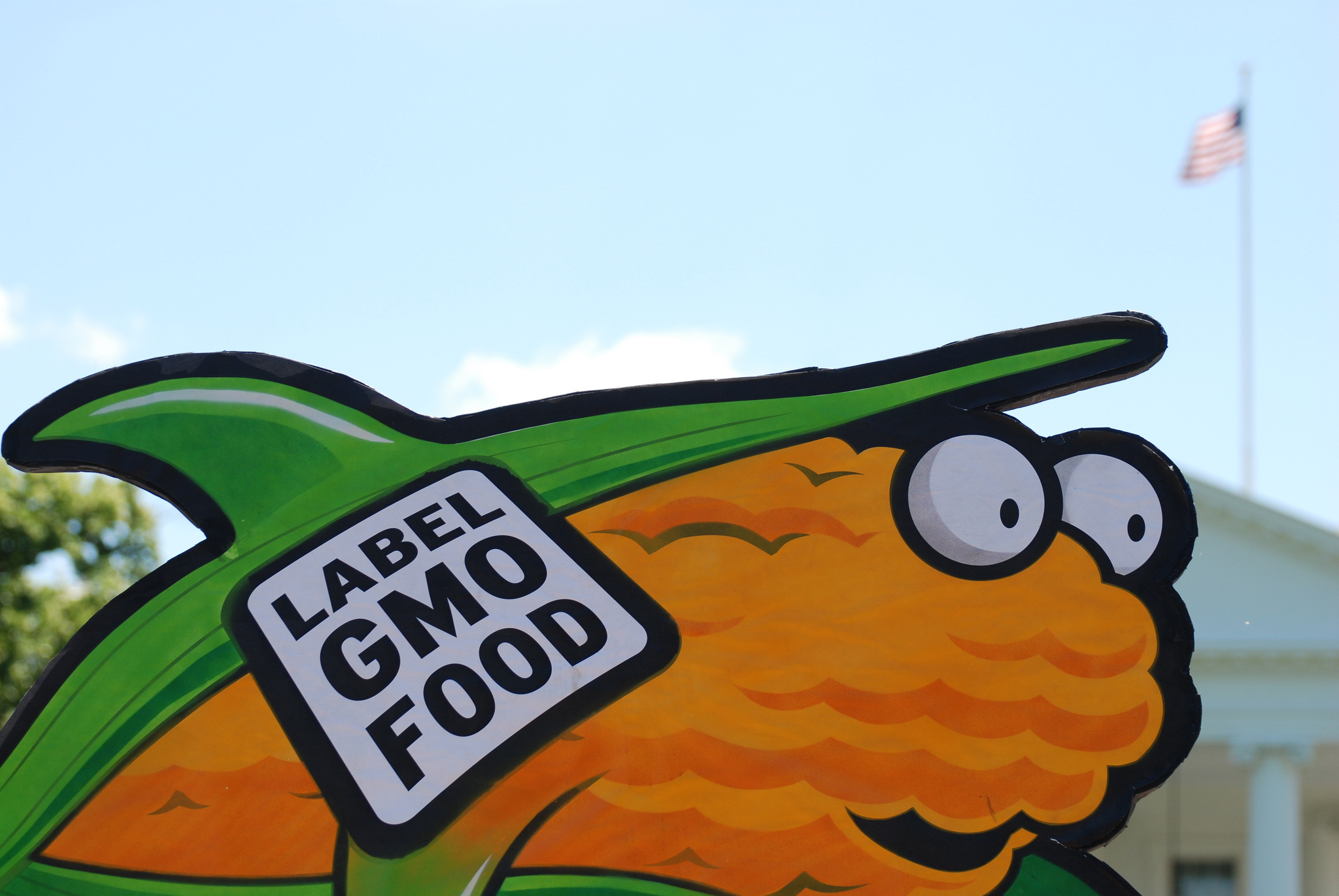 The precautionary principle may be scrapped in the EU's free trade agreements with Canada and the United States. According to the NGO Foodwatch, this could call into question the bloc's bans on hormone-treated beef and GMOs. EURACTIV France reports.
News

Calls for the European Union to dramatically change its decision making and get closer to citizen’s daily concerns have piled up in the wake of Britain’s shock decision to leave the EU.
News

A vote on whether to extend EU-wide authorisation for the controversial weedkiller Glyphosate has exposed reluctance among member states to take a clear position on a defining issue for European agriculture.
News 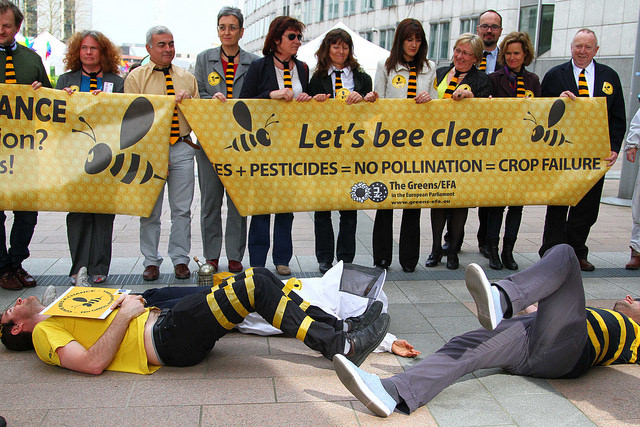 Member states are to have another go at coming to an agreement on the use of the pesticide glyphosate next week. EURACTIV Germany reports.
News

Millions of workers are exposed to cancer-causing substances such as quartz and hardwood every day. Now the European Commission is calling for maximum limits, but Brussels risks opening a Pandora's Box with its proposed regulations. EURACTIV Germany reports.
News

Friends of the Earth Germany (BUND) sees the transatlantic trade agreement TTIP as a threat to standards protecting against chemicals that may be harmful to humans and the environment. The chemicals industry “vehemently” objected to the NGO’s claim. EURACTIV Germany reports.
News 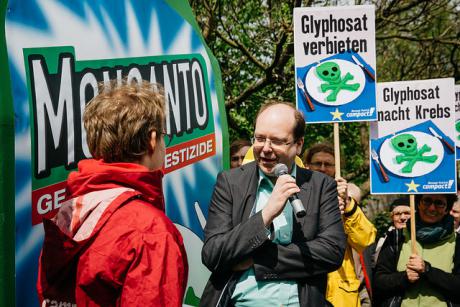 Germany’s state consumer protection ministers are calling for an EU-wide ban on the leading global pesticide Glyphosate, after it was categorised as carcinogenic by the WHO. However, the federal government sees no need for action. EURACTIV Germany reports.
News

Are bees getting hooked on pesticides?

Like nicotine for humans, certain pesticides seem to hold an addictive attraction for bees, which seek out tainted food even if it may be bad for them, research showed Wednesday (22 April).
News

Unless politicians commit to tackle privacy as a policy issue, complying with the precautionary principle and bringing such discussion to an international forum, promises made will be like the words of a lover perfectly aware of not believing in what he says to his beloved, argues Giovanna De Minico.
Policy Brief

Rising levels of cancers and fertility problems have attracted scientists’ attention to endocrine disrupting chemicals, with some calling for strict regulation of the substances, in line with the precautionary principle. Others meanwhile, stress the worthiness of those chemicals in everyday products such as plastics and warn that the foundations of science risk being turned upside down if precautionary measures are taken.
News

Global warming is likely to surpass the previously recognised danger threshold of a 2C average increase in temperature, according to the world-leading climate scientists meeting in Sweden this week.
VideoPromoted content 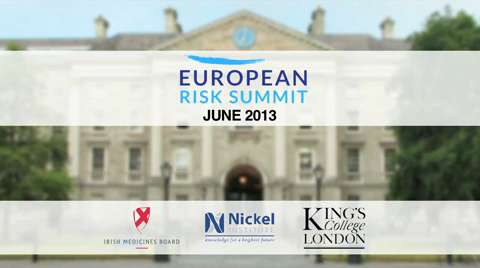 The European Risk Summit, hosted in June 2013, has brought renewed focus to the issue of evidence and risk-based rulemaking, and has highlighted the critical role that science plays in policy formation at EU level.
Special ReportNews
Science & Policymaking 13-06-2013

How volcanoes and airplanes offer lessons for risk taking

SPECIAL REPORT / When Iceland’s Eyjafjallajökull volcano erupted in 2010, EU aviation authorities saw little choice but to shut down airspace across much of Europe as a precaution against ash and grit choking aircraft engines.
Special ReportInterview
Science & Policymaking 10-06-2013

Evaluating risk requires a balance of quantitative assessment and regulatory review. But often in the European Union, there is a “misuse” of the precautionary principle to appease national of political interests, says Ragnar Löfstedt.
Opinion
Euro & Finance 04-04-2013

Introduce precautionary principle for financial products, or they will fail us

Europe is in the process of re-formulating financial regulations and creating a new banking union, but new rules will give rise to new financial products, writes Suleika Reiners, and these may wriggle around the new rules. Financial innovations need to be tested and put to the precautionary principle no less than other aspects of society, she argues, and suggests that a new body could be set up to carry this out.
Read more »»
RSS - Precautionary Principle