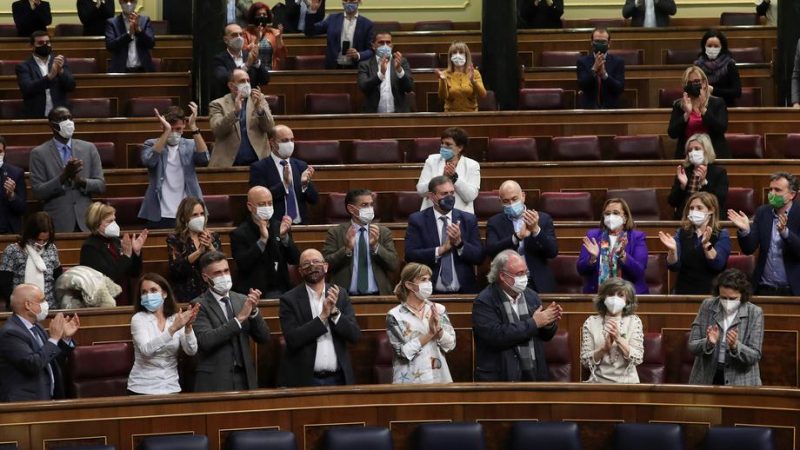 Spanish Prime Minister Pedro Sánchez’s sound victory in the EU elections confirmed the momentum of his party in Spain and positioned him as the leader of the European Socialists, as he seeks to grab an influential EU top job for Madrid.
News

Spanish Prime Minister Pedro Sánchez said on Wednesday (12 December) he would stand firm against what he called "inflammatory" Catalan separatist rhetoric, hardening his stance towards the region and upping the stakes in a broader political game.
Opinion

In discussions over the EU's next multi-annual budget, EU institutions need to pursue their efforts to decrease the burden of debt, write Cécile Philippe and Diego Sanchez de la Cruz.
News

Spain's conservative leader Mariano Rajoy was on course to secure a second term in power for his People's Party (PP) yesterday (23 October) after his Socialist rivals agreed to abstain in a looming confidence vote, ending 10 months of political deadlock.
News