Poland's Defence Minister Mariusz Blaszczak announced on Thursday (28 February) that by 2026 Warsaw would spend around €43 billion euros on modernising the Polish armed forces.

Polish authorities said on Thursday (1 June) they had found the remains of two other people in the coffin of former president Lech Kaczyński while investigating the plane crash in Russia that killed him and 95 others in 2010.

Polish PM Ewa Kopacz said today (24 October) after the EU summit adopted a common EU position, that her country had “won” and had received from the EU everything that it asked for.

Poland’s cabinet reshuffle after Donald Tusk’s resignation to become European Council president reflects a shift away from his political line, despite the fact only five ministers have changed.

Poland: Will Ewa Kopacz be an Iron Lady or a Tusk puppet?

While Council President-elect Donald Tusk is “polishing his English”, before he assumes his post on 1 December, Ewa Kopacz, his successor as Prime Minister, is confronted with the daunting task of building not only a new cabinet, but also her own political clout and entourage. EURACTIV Poland reports.
Special Report

SPECIAL REPORT: Observers generally agree that Warsaw plays a major role in the EU’s handling of the Ukraine crisis. Some call it hawkish, while others say that Poland is simply more insightful, and that the rest of the Union should attach more value to its understanding of Russia, and Eastern Europe.
Special Report

SPECIAL REPORT: Warsaw needs to articulate more clearly its expectations and policy interests in the context of the Weimar Triangle, a format grouping three large members of the EU, France, Poland and Germany, in order to maximise its political leverage in the Union and beyond, analysts told the EURACTIV network. 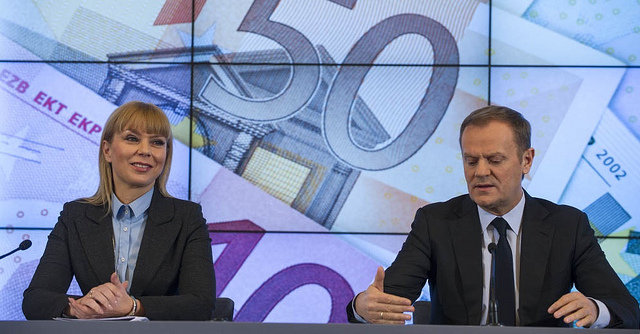 Britain may come away empty-handed when EU leaders finalise a package of top EU jobs next week, due to its fierce opposition to Jean-Claude Juncker's appointment as the next European Commission president.

Jean-Claude Juncker, the European Commission's President-designate, has urged national governments to appoint more women in his new team of commissioners, and promised to reward those that do so with a big portfolio or vice-presidency.

Polish Prime Minister Donald Tusk yesterday (25 June) survived a vote of confidence in his coalition amid a high-profile bugging scandal that has prompted calls for his centre-right government to resign. 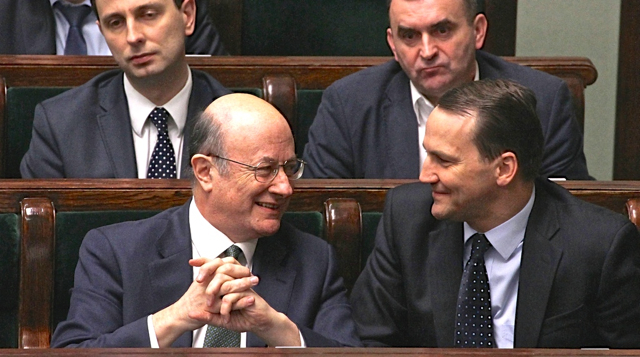 A Polish news magazine said Sunday (22 June) it had obtained a secret recording of Foreign Minister Rados?aw Sikorski, a contender for a senior European Union job, saying that Poland's relationship with the United States was worthless. 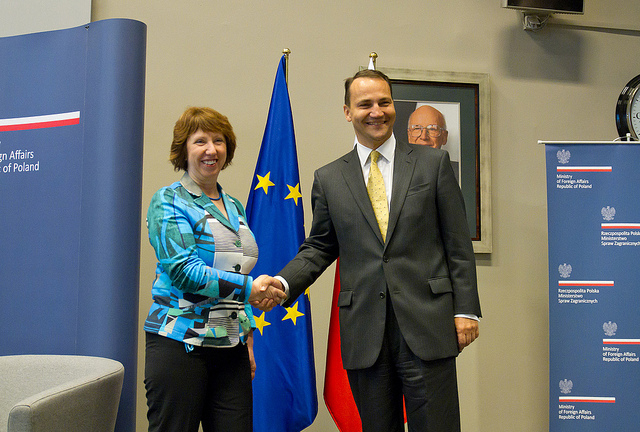 Despite being one of the presumed contenders, the Dutch foreign minister Frans Timmermans on Tuesday (20 May) denounced rumours that he was in the race to succeed Catherine Ashton as EU foreign policy chief.
RSS - Radoslaw Sikorski