The ratification of the Paris deal on slashing greenhouse gas emissions by the USA and China has caught the EU by surprise. In a stunt never seen before, EU countries will make efforts to pass the deal through national parliaments by 7 October.
News

The Netherlands was the last eurozone state to endorse a third bailout for Greece Wednesday (19 August), as both the cabinet and parliament approved the package after a bruising debate. This means that Athens can receive the first installment as early as today.
News 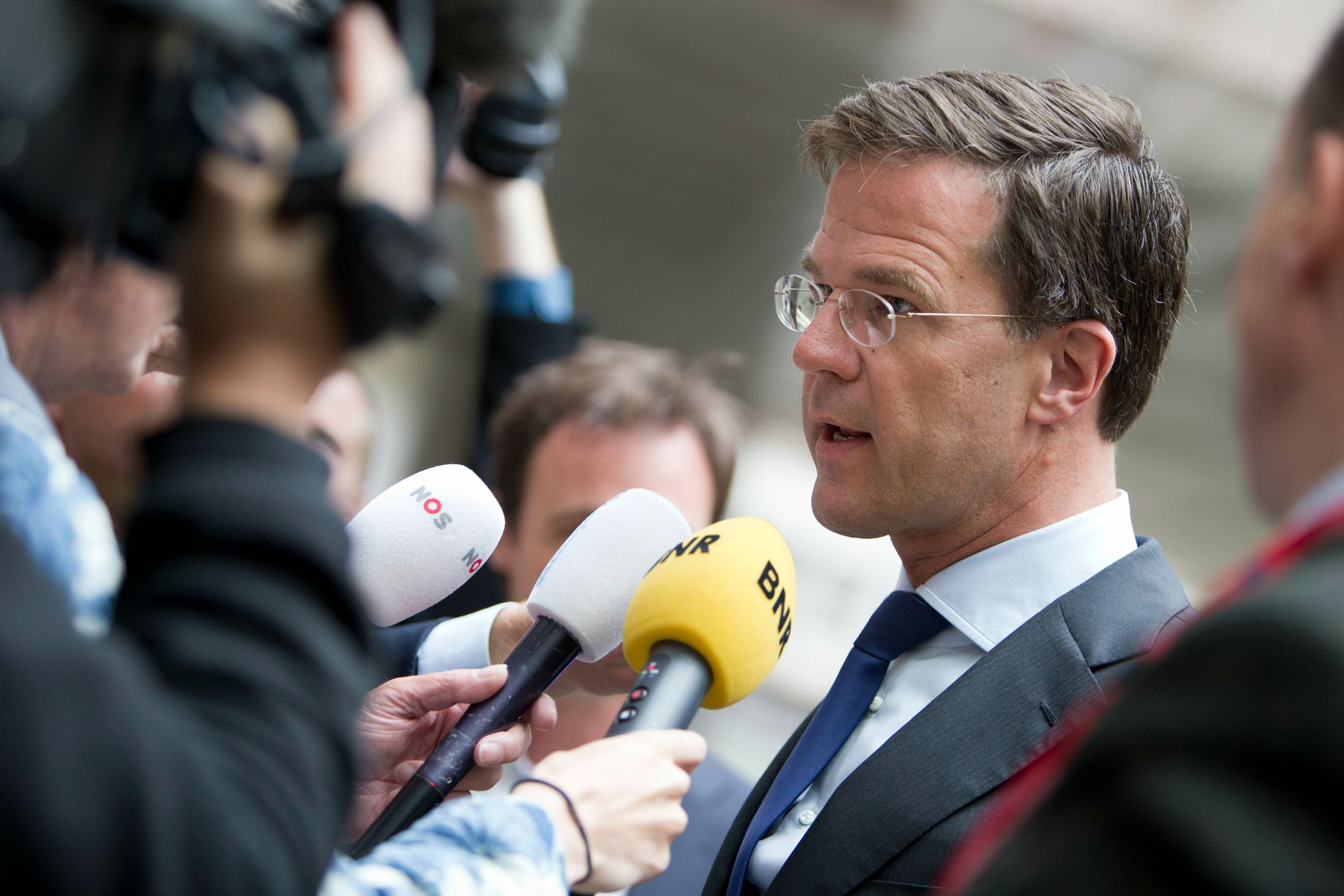 The German and Dutch parliaments are the last to vote on the €86 billion Greek bailout today (19 August). The Dutch government is likely to face a possible no confidence vote, while German Chancellor Angela Merkel’s coalition is expected to face a rebellion.
News

Prime Minister Alexis Tsipras attacked radical members of his own party who oppose the deal for a third bailout, making it clear that a return to the drachma is not in the cards. EURACTIV Greece reports.
News

Even if European governments agree to a comprehensive package for Greece at the extraordinary EU summit on Sunday (12 July), the bailout still has to be ratified by the German Bundestag as well as by the parliaments of Finland, Slovenia and Estonia.
News
Euro & Finance 14-08-2012

The European Commission today (14 August) downplayed any risk of a substantial delay in Germany’s final approval of the eurozone's permanent bailout fund despite efforts to postpone a ruling on its legality.
News
Enlargement 30-09-2011

Croatia will seal its EU accession in a treaty signing ceremony in Warsaw on 19 December, the Polish EU presidency announced yesterday (29 September).
News

European Union leaders have agreed to create a permanent financial safety net from 2013 and the European Central Bank moved to increase its firepower to fight the debt crisis that has rocked the euro zone.
News

The European Union's Lisbon Treaty comes into force today (1 December), bringing to life the bloc's plans to overhaul its institutions and gain a greater role on the world stage.
News

Polish President Lech Kaczy?ski will sign the European Union's reform treaty on Saturday, his office said on Thursday, making the Czech Republic the last country yet to ratify the document.
News

A businessman's last-ditch effort to stop the ratification of the Lisbon Treaty has failed after the country's president, Horst Köhler, signed the additional reforms needed to finalise the ratification process. EURACTIV Germany reports.
News

Czechs to push for Barroso re-appointment in June

The Czech Republic is pushing for a clear decision on the next Commission president at the EU summit in June, Czech EU Affairs Minister Štefan Füle told EURACTIV.cz in an interview, stressing that his government would "not deviate" from the previous government's intention to support incumbent José Manuel Barroso.
Opinion
EU Priorities 2020 11-06-2008

Sarkozy at the wheel of Europe: What to expect from the French EU Presidency

"Nicolas Sarkozy will soon experience the limits and frustrations of France holding the six-month rotating presidency of the European Council," warns Justin Vaïsse of the Fondation Robert Schuman.
News

As latest polls reveal the anti-Lisbon Treaty camp in Ireland have taken the lead, the superstitious date of Friday 13 June 2008, when the results of the referendum will be officially announced, could see Europe thrown into an existential crisis.
News

The ratification process for the new Treaty gained momentum yesterday (24 April) as the Danish and Austrian parliaments approved the text, which also easily passed Germany's lower House. The votes in Vienna and Copenhagen mean the Treaty has now been adopted in 11 out of 27 countries.
News

MPs in the UK have rejected a proposal put forward by the opposition Conservatives to hold a popular referendum on the Treaty of Lisbon, paving the way for the text to be ratified via parliamentary vote.
Policy Brief

Ratifying the Treaty of Lisbon

The ratification process for the Treaty of Lisbon began in December 2007 and is set to continue throughout 2008 despite Ireland’s rejection of the Treaty by referendum.
News

Romania has ratified the Treaty of Lisbon by parliamentary vote after a huge majority of MPs approved the text yesterday (4 February). Meanwhile, France's parliament approved a constitutional amendment necessary to begin the ratification process of the treaty itself.
News

Slovakia's parliament is scheduled to vote on the Treaty of Lisbon on Thursday (February 7) after ratification was postponed for the second time last week in the wake of opposition protests over a media bill introduced by the ruling coalition. EURACTIV Slovakia reports.
News

Slovenia and Malta have become the latest countries to ratify the new EU Treaty agreed upon by EU leaders in December last year.
Opinion
Future EU 01-08-2006

Analysis: A Europe of projects without a plan?

Julia De Clerck-Sachsse, from the Centre for European Policy Studies (CEPS), offers advice on steps the Finnish presidency could take to move Europe forward despite some unclear conclusions from the June European Council.
News
Future EU 20-06-2005

In an attempt to salvage the EU Constitution, a growing number of member states are opting to put their ratification processes on hold.
News
Future EU 02-06-2005

Insisting on the need to continue with the ratification process in all remaining member states, the three EU leaders were clearly taken aback by the extent of the overwhelming Dutch 'nee'.
Read more »»
RSS - ratification