In the margins of the EU-US summit, British Prime Minister David Cameron has given his support to Jens Stoltenberg as next secretary general of the NATO defence alliance, securing the Norwegian’s lead to get the position.

The result of Russia's seizure of Crimea from Ukraine, following its 2008 war with Georgia, could be a modest reversal of years of European defence cuts and a bigger US military presence in the NATO members of central and eastern Europe.

A high-ranking European Union diplomat regretted that no EU officials were invited to a London meeting today (14 March) between US State Secretary John Kerry and Russian Foreign Minister Sergey Lavrov, described as a last-chance opportunity before Russia annexes the Ukrainian peninsula of Crimea. 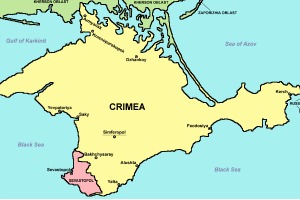 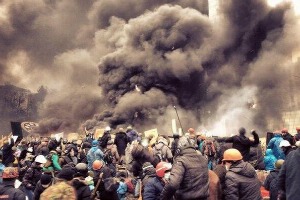 Ukrainian President Viktor Yanukovich said he reached an agreement with opposition leaders on a "truce" to halt the fighting that has so far killed 28 people. The United States has stepped up pressure by imposing travel bans on 20 senior Ukrainian officials and EU ministers gather in Brussels today (20 February) to discuss possible sanctions on Ukrainian officials.
Digital 17-02-2014

German Chancellor Angela Merkel said yesterday (16 February) she would talk to French President François Hollande about building a European communication network to avoid emails and other data passing through the United States. The Commission welcomed the idea, saying that it went in the same direction with its own efforts on data protection. 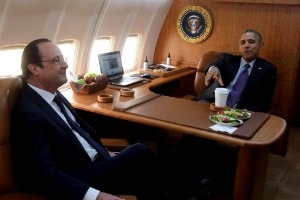 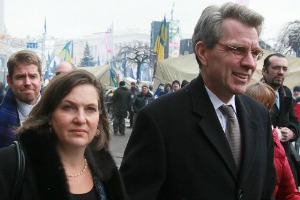 EXCLUSIVE / The European Commission has told the United States to lift visa requirements on Poland, Romania, Bulgaria, Cyprus and Croatia, whose citizens still need an entry permit to travel to the country.

The United States and the European Union are in preliminary discussions on possible financial assistance for Ukraine once a new government is formed, a State Department spokeswoman said yesterday (3 February). Russian President Vladimir Putin has also said Moscow would wait until a new government was formed before releasing aid to Ukraine. 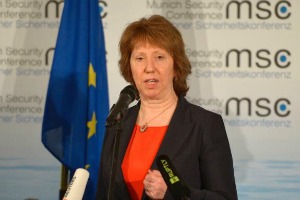 The European Union and the United States are working on a plan for significant short-term financial assistance for Ukraine, EU foreign policy chief Catherine Ashton was quoted as saying yesterday (2 February).

The Green group in the European Parliament has nominated whistleblower Edward Snowden for the 2014 Nobel Peace Prize, on the last day before a deadline for nomination expires tomorrow (1 February).

European Commission Vice-President Viviane Reding, responsible for justice and fundamental rights, expressed her satisfaction for the “positive and constructive” meeting with US Attorney General Eric Holder on data protection, following revelations about US interception of EU communications.
Global Europe 29-10-2013

Germany's parliament will hold a special session on revelations that the United States has tapped Chancellor Angela Merkel's phone, with left-wing parties demanding a public inquiry and asking to call in witnesses, including former US intelligence agent Edward Snowden.
Special Report

The budding Transatlantic Trade and Investment Partnership (TTIP) has been wrongly portrayed as a Western conspiracy against China when it would positively impact world trade, says a key MEP ahead of a second round of trade negotiations in Brussels between 7-11 October.
Global Europe 06-09-2013

US Secretary of State John Kerry will discuss Syria, Egypt and Israeli-Palestinian peace talks with European officials on a weekend trip to Vilnius, Paris and London, where he will see Palestinian President Mahmoud Abbas, the State Department said yesterday (5 September).
Global Europe 26-08-2013

The US National Security Agency has bugged the United Nations' New York headquarters, Germany's Der Spiegel weekly said yesterday (25 August) in a report on US spying that could further strain relations between Washington and its allies.

A new survey of policymakers and key influencers in Washington and Brussels, released jointly by APCO Insight and EURACTIV, reveals significant support for an EU-US trade agreement, despite deep differences across the Atlantic on regulatory issues ranging from GMOs to the protection of data privacy online. 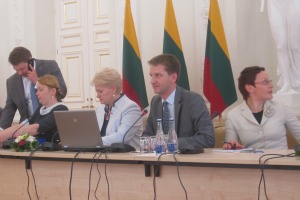 Lithuanian President Dalia Grybauskait? said trade negotiations between the European Union and the United States would start with contacts between "professional specialists” who would look into reports that a US spy agency monitored phone calls and e-mails of EU institutions and some member states.
RSS - relations transatlantiques