Hungary’s parliament yesterday (20 June) approved a package of bills that criminalises some help given to illegal immigrants, defying the European Union and human rights groups. Parliament, where Fidesz has a two-thirds majority, also passed a constitutional amendment stating that...
News 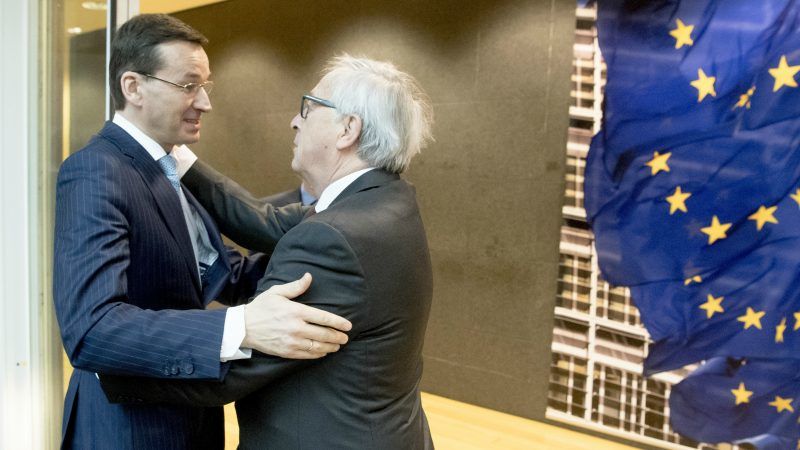 EU leaders are preparing for a difficult start to 2018 when heads of state weigh new measures to deal with illegal migration. But the European Commission and European Council leaders agree that they want to avoid putting migration proposals to a vote that could divide member states.
News

The Commission on Wednesday (27 September) made no proposals to continue with the divisive mandatory refugee relocation system and instead focused on resettlement, which means taking candidate refugees from outside the EU, on a non-mandatory basis.
News

The Czech Republic has not relocated a refugee for more than a year and remains in breach of its legal obligations. The Czech position remains the same despite the ruling of the Court of Justice supporting the Commission's migrant relocation policy. EURACTIV.cz reports.
News

Hungarian Prime Minister Viktor Orbán, whose government committed acts of obvious violence against migrants before the country isolated itself behind a border wall, accused the EU of “violence” in imposing a plan to relocate migrants.
News

It makes no sense to share a burden over which we have no control, the Czech government said in response to the criticism of its failure to comply with EU migrant relocation quotas. EURACTIV Czech Republic reports.
News

In the margins of the Western Balkans summit in Trieste, Italy's Prime Minister Paolo Gentiloni criticised fellow EU member states on Wednesday (12 July) for leaving his country to grapple with the migrant crisis, despite pledges made by France and Germany.
News

Emmanuel Macron said there was “no glory” in France's track record on refugees because it reflected the country's weak economy.
News

The European Commission warned yesterday (6 June) it could sanction member states that don’t follow EU quota rules for asylum seekers by opening infringement proceedings against them as early as next week.
Interview

Just because Hungary has different ideas about issues like migration does not mean it should be perceived negatively. This is exactly why we are fed up, Szábolcs Takács told EURACTIV Czech Republic.
News

The European Union yesterday (16 May) set a June deadline for Poland and Hungary to start admitting their share of migrants from overstretched Italy and Greece or risk sanctions.
News

Leaders from the Czech Republic, Hungary, Slovakia and Poland (the Visegrád Four) rejected yesterday (28 March) what they called Brussels' use of "blackmail and diktat" over planned resettlements of migrants across the EU.
News

Austria will seek an exemption from having to accept more asylum-seekers under an EU relocation system, it said today (28 March), arguing that it has already taken in its fair share during Europe's migration crisis.
News

Former Italian Prime Minister Enrico Letta told an audience in Malta on Monday (27 February) that if the leader of the Front National wins the French elections, it would be "game over" for the EU. But there is a silver lining.
News

Italian Prime Minister Matteo Renzi yesterday (25 October) threatened to veto the EU's budget over a lack of solidarity from the rest of Europe as the bloc struggles to manage the refugee crisis.
Read more »»
RSS - relocation