The European Commission should come up with legislative proposals for mandatory country origin labelling of certain foods, such as milk, dairy and meat products, MEPs said in another resolution on the matter on Thursday (12 May).
News

MEPs have taken a harder line than the one proposed by the Commission on cloned animals, refusing to authorise food products from clones and their descendants. EURACTIV France reports.
Special Report VideoPromoted content 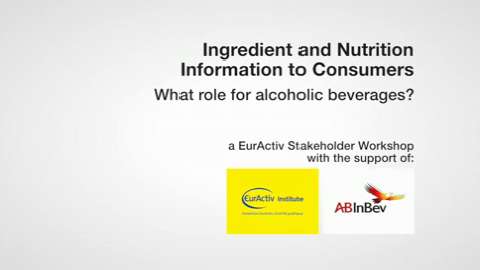 In 2011, the European Commission adopted a new regulation on the provision of food information to consumers.
Special ReportNews

SPECIAL REPORT / Beer drinkers across Europe will soon be able to find out the detailed calorie and nutrition content of their drinks after four of the world's biggest brewers announced last week that they will make the information available.
Special ReportNews

SPECIAL REPORT / New EU rules on nutrition labelling for food and drinks entered into force a few months ago. But whether or not alcoholic beverages will also have to carry them in the future is still unclear. A Commission report on the issue, due in December last year, is yet to be published.
News

Most of the parties in the European Parliament want to see stricter labeling of the meat used in ready meals, but the implementation costs remain uncertain. EURACTIV France reports.
RSS - Renate Sommer