About: Republic of North Macedonia 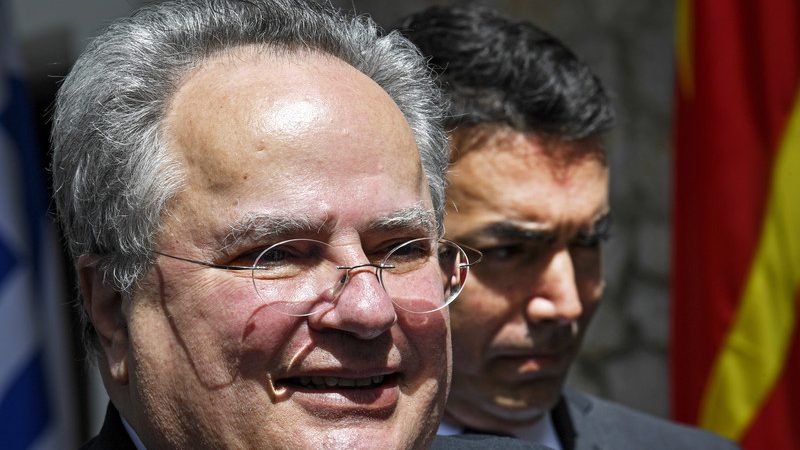 The West has underestimated China’s rise, and the centre of gravity has switched from the Atlantic to the Pacific, where Europe has no role, Greece’s former Foreign Affairs Minister Nikos Kotzias, one of Europe's most experienced China analysts, warned in an exclusive interview.
News

The Greek government is determined to take all necessary initiatives to ensure that the Western Balkan region’s EU ambition will become a reality soon, the Greek Minister of Foreign Affairs Nikos Dendias has said.
News

When it fails to deliver its promises, the EU loses its credibility and shows little sense of historical responsibility towards the Balkans, Iratxe García, the chief of Social Democrats in the European Parliament, has said.
News

French President Emmanuel Macron's veto against the accession of North Macedonia to the EU will open the door to external influence in the Western Balkans region, according to Syriza's MEP Stelios Kouloglou.
News

North Macedonia's pro-Western candidate, Stevo Pendarovski, won a run-off presidential vote after a campaign dominated by divisions over a change to the country's name that was agreed to mollify Greece and open the way for EU and NATO membership.
News

North Macedonia goes to the polls on Sunday (5 May) in a presidential run-off vote that will be a litmus test for the pro-Western government, which has warned low turnout could invalidate the vote and trigger a general election.
News

North Macedonia's pro-Western candidate, Stevo Pendarovski, and his main nationalist rival Gordana Siljanovska-Davkova emerged tied in the first round of a presidential vote on Sunfay (21 April) dominated by deep divisions over a change of the country's name under a deal with Greece.
News

North Macedonia holds the first round of its presidential election on Sunday (21 April), the country's first vote under a new name as it struggles with enduring economic problems, cronyism and corruption.
Video

Greece and North Macedonia signed a number of crucial agreements to enhance their economic and military collaboration following a historic visit of Greek premier Alexis Tsipras to Skopje.
News

Athens and Skopje have signed an agreement to gradually decrease roaming charges and remove them completely by 2021.
News

EURACTIV gives you a glimpse into the hot topics of this year’s Munich Security Conference and what is driving the conversation on foreign, defence and security policy from Day 2. On the menu: Merkel, Pence, Lavrov, climate change, Balkans.
Video 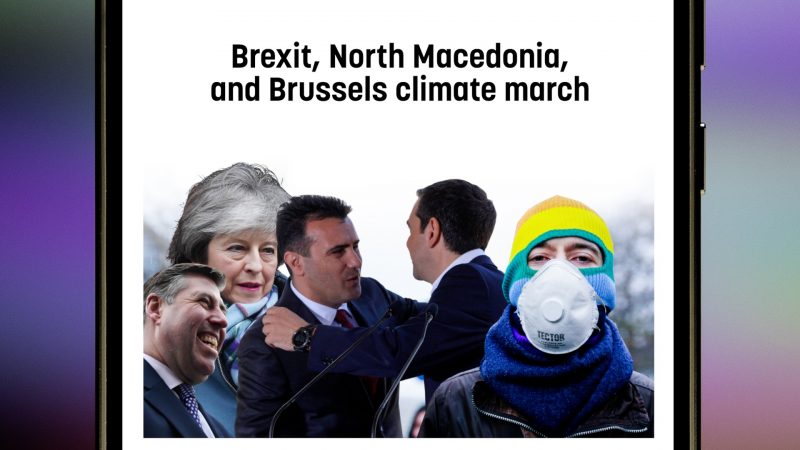 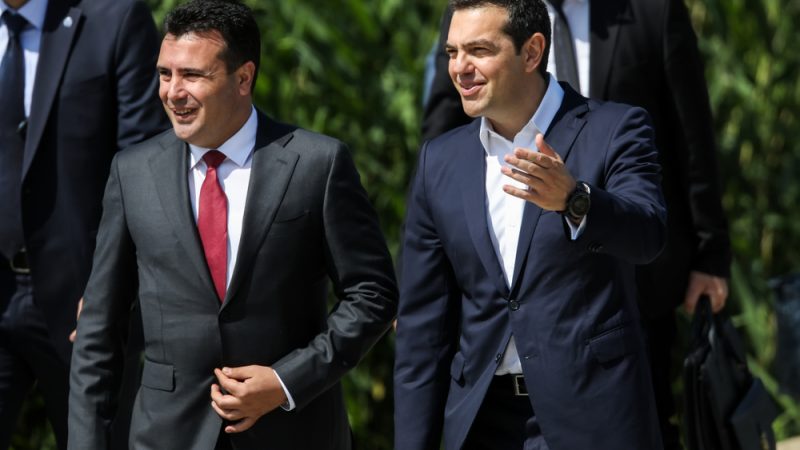 European Union leaders warmly welcomed the historic ratification by the Greek parliament on Friday (25 January) of the North Macedonia name change deal, the so-called Prespa Agreement, putting an end to a 27-year conflict in the Balkans.
Opinion