The clock is ticking. The long-term gas transit contract between Russia and Ukraine is expiring on 31 December. Chances that the two sides would reach a comprehensive agreement before this date are slim. EURACTIV looks behind the scenes of the dispute.
Special ReportNews

An ambitious gas pipeline project connecting Bulgaria, Romania, Hungary and Austria received a shot in the arm on Thursday (28 September), when all of the involved parties signed a memorandum of understanding for the project, a vital part of Europe's efforts to wean itself off Russian gas.
Interview

Slovak Prime Minister Robert Fico said today (10 September) that a deal between Russia's Gazprom and its European partners to expand the Nord Stream gas pipeline was a "betrayal" that would cost Ukraine and Slovakia a combined billions of euros.
News

The European Commission deplored the collapse of the trilateral gas talks today (20 August), in which it was negotiating Ukrainian gas purchases from Russia, and expressed hopes that a new round could take place in September.
News

The European Commission aims at concluding an agreement to supply Ukraine with Russian gas until Fall 2016, when an international court will issue a ruling on Moscow's pricing regime, a Commission official said.
News

A Commission official said and repeated during a public event yesterday (5 March) that Bulgaria, which is almost 100% reliant on Russian gas, lacks the political will to build interconnectors with its neighbours and decrease its dependence.
News 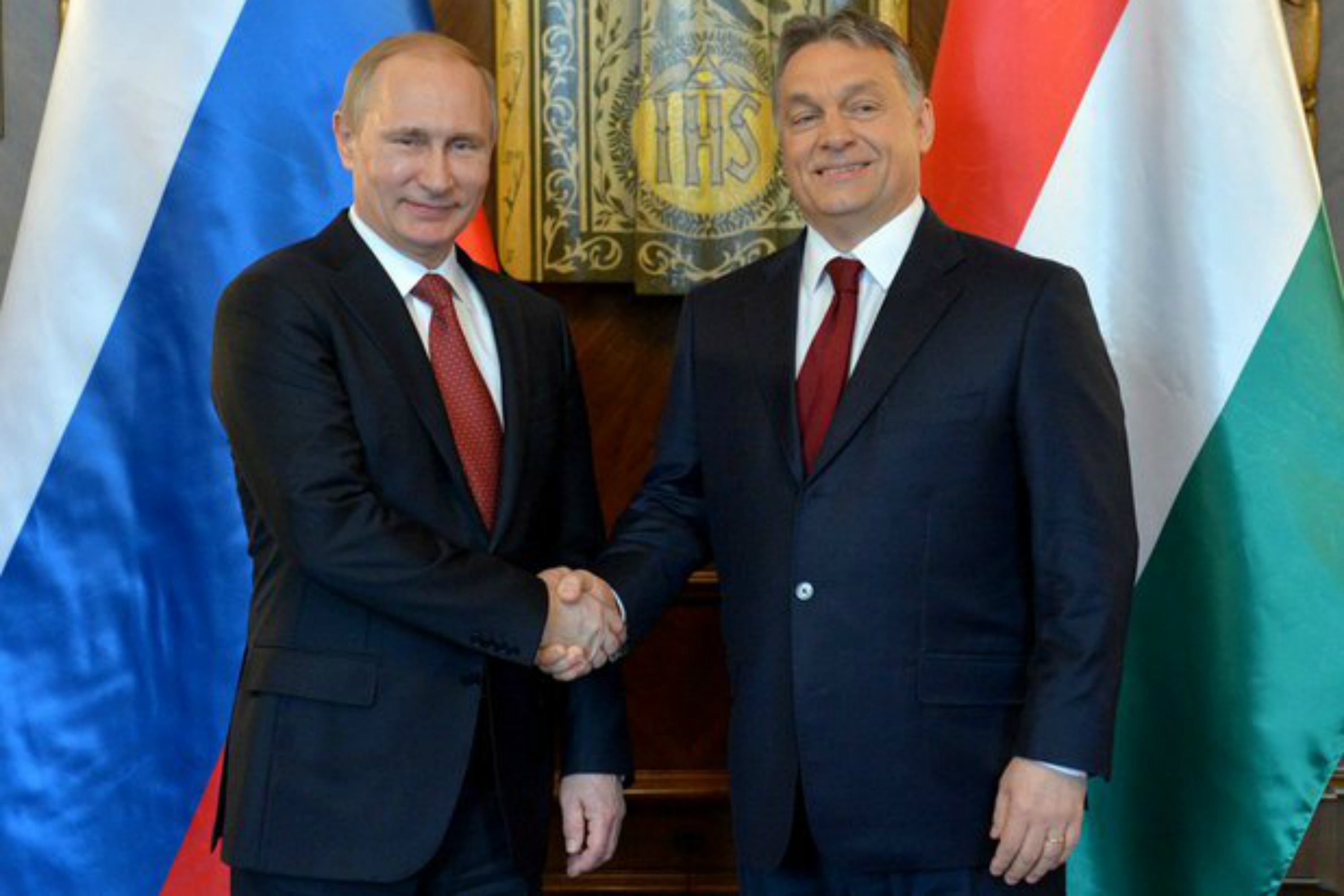 Hungarian Prime Minister Viktor Orbán said his country has a “major problem” with Brussels because of the European Commission’s plans to set up an Energy Union, which in his words hinders national sovereignty.
News 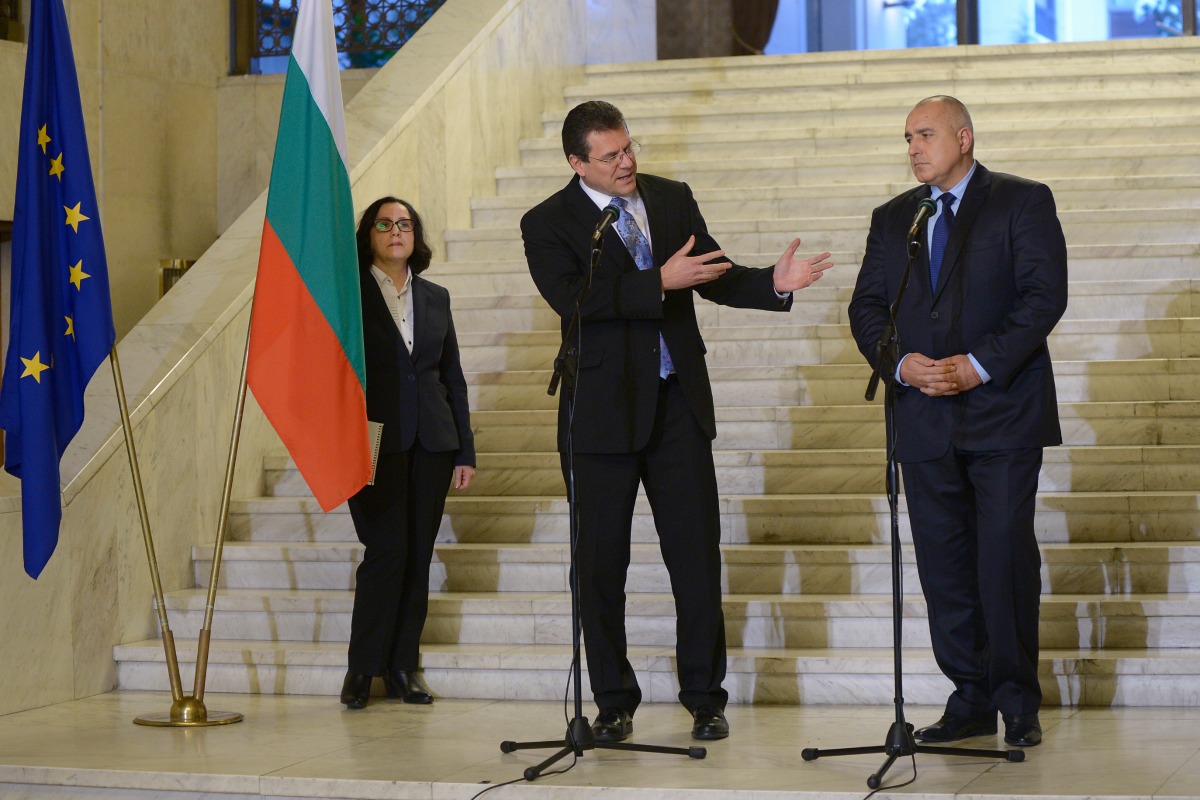 Central and Southeastern European countries, largely dependent on Russian gas supplies, are starting work on a plan to build gas infrastructure, and should count on having at least three different sources of gas, the EU's energy chief said on Monday (9 February).
Opinion

French gas storage levels at three-year highs make shortages this winter unlikely, grid operator GRTGaz said in a report on Wednesday (12 November). However the operator urged companies to be ready to raise LNG imports should there be any disruption to Russian supplies.
News

Slovakia could seek compensation from the European Union on potential losses from replacing what it says is a shortfall in deliveries requested from its main supplier Russia over the past month, an economy ministry spokeswoman said on Monday.
News

Ukraine said yesterday (23 July) it was receiving less gas via reverse flows from the European Union, which Energy Minister Yuri Prodan blamed on reluctance by firms within the EU to antagonise Russian gas producer Gazprom, a heavy critic of the flows.
News 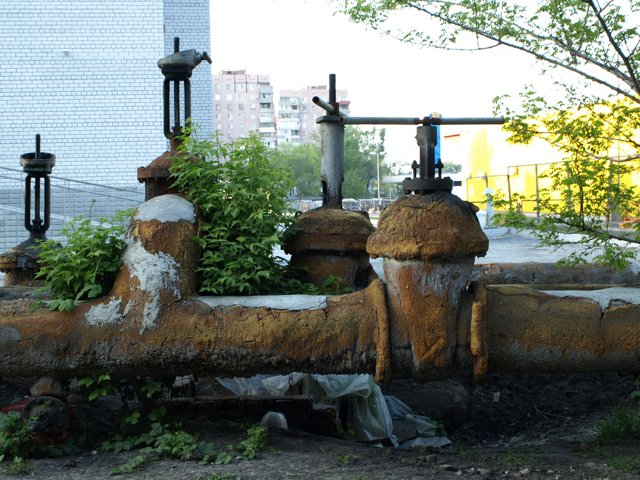 Slovakia to supply gas to Ukraine in September

A pipeline to transport gas to Ukraine via Slovakia should be ready for pumping at full capacity starting in September, the head of Slovakia's pipeline operator said.
News 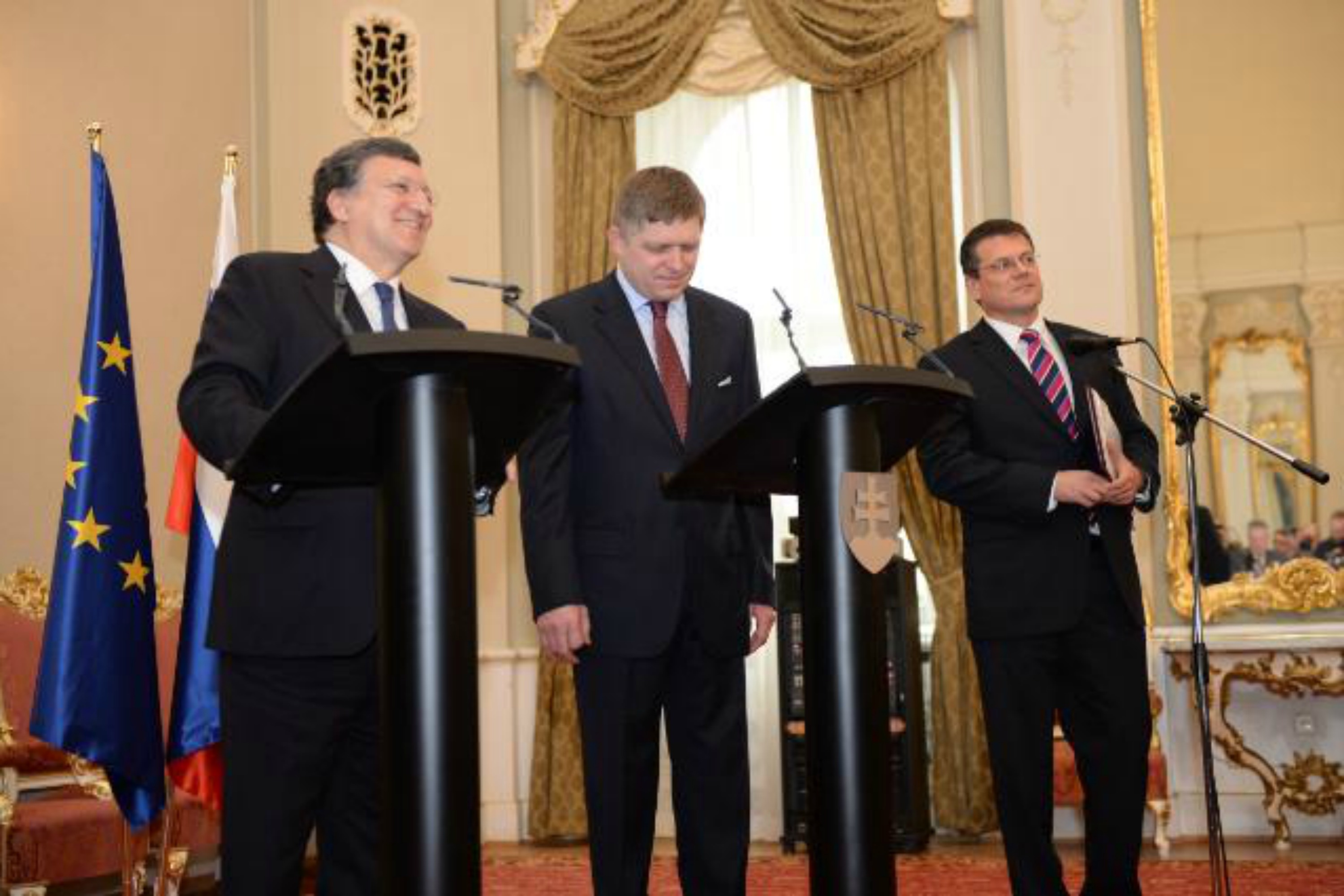 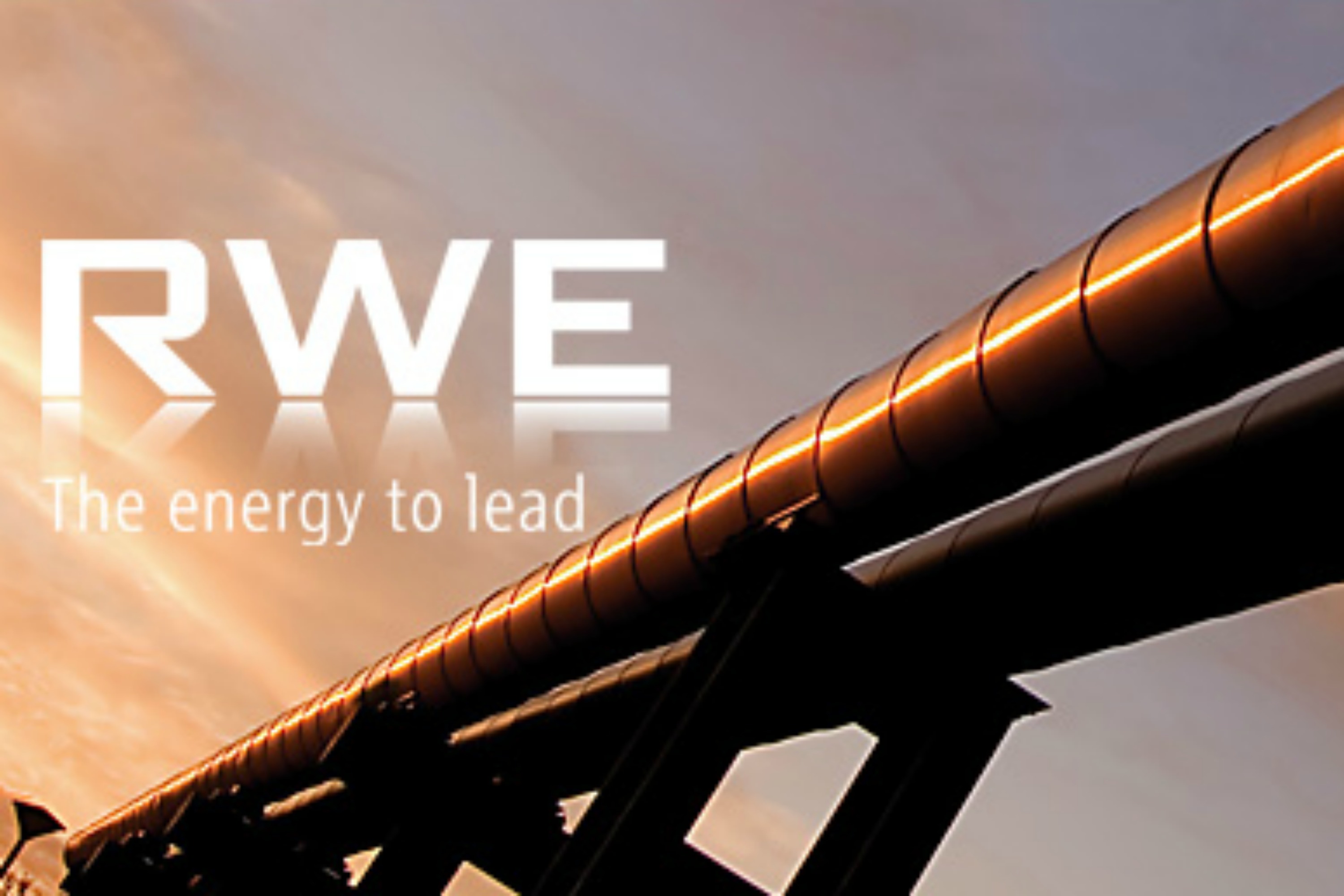 Unprecedented talks across the European Union Tuesday (15 April) showed it scrambling for solutions, in order to break its dependence on Russian gas, and help supply Ukraine.
News 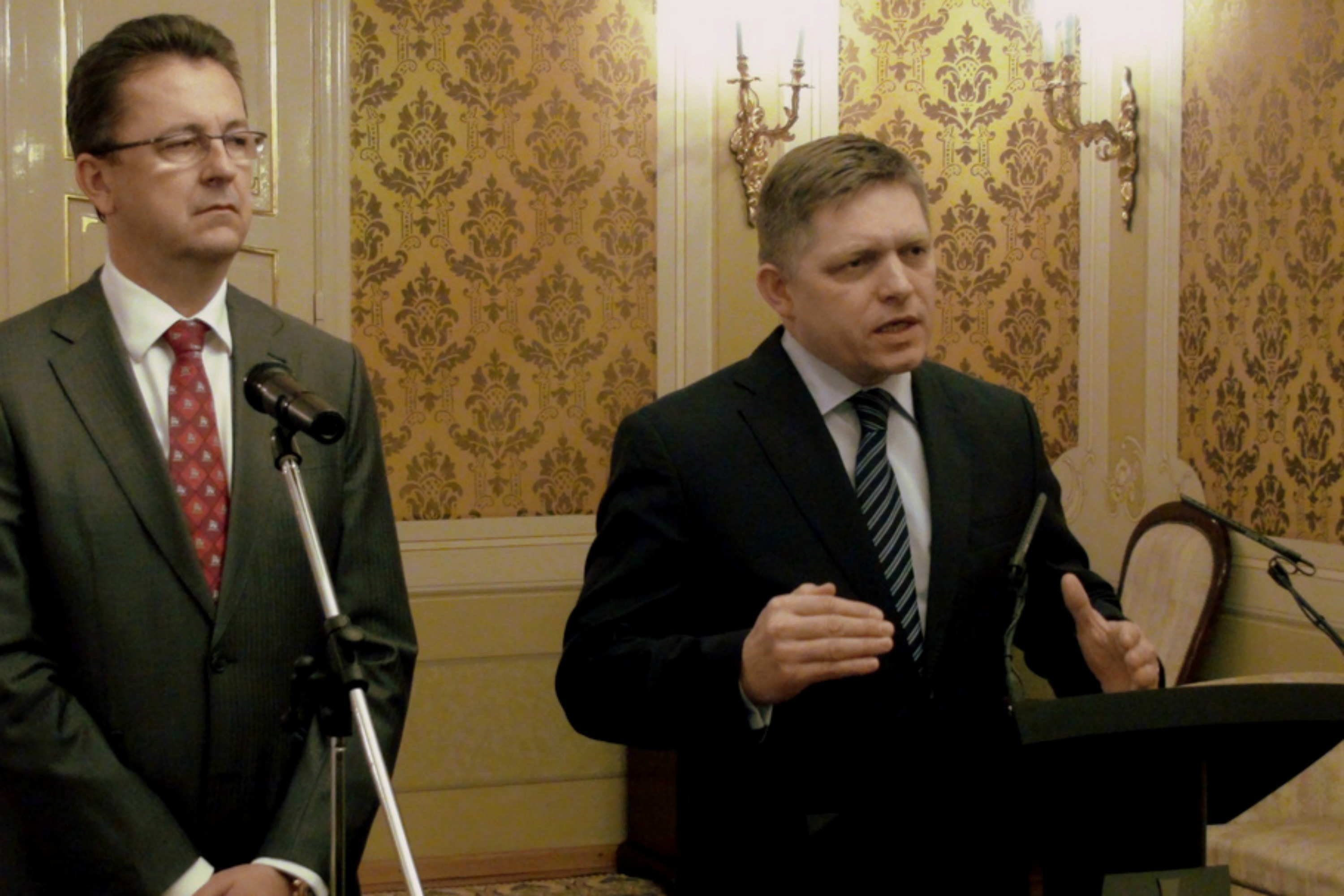 Slovak Prime Minister Robert Fico called for talks with Ukraine, Russia and the European Commission to ensure his country gets paid and that it can reverse gas flows to Kyiv without violating existing contracts, while Hungary said it could do so at once.
News

EXCLUSIVE / The gas price hike from $268.50 per 1,000 cubic meters to $485.50 imposed by Moscow on Kyiv could cut gas supplies from Russia to the EU through Ukrainian territory, Yuriy Prodan, Ukraine's minister of energy and coal industry told EURACTIV in an exclusive interview.
News 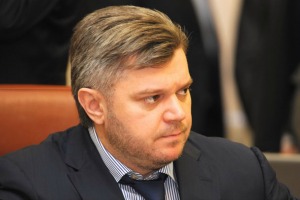 Ukraine has ceased buying gas from Europe and will instead purchase the fuel solely from Russia, as it offers the lowest prices, Ukraine’s energy minister Eduard Stavitsky said yesterday (9 January).
News

Pipeline operators in Ukraine and Slovakia are on the verge of signing a deal that will allow the European Union to ship gas through Slovakia to Ukraine, reducing Kiev's dependence on Russia, the European Commission and Ukraine said yesterday (19 November).
RSS - reverse gas flows