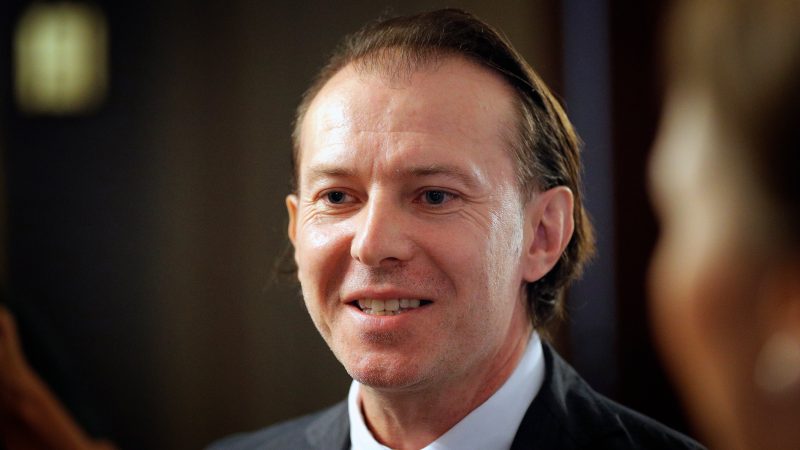 In an exclusive interview, the former Romanian prime minister and former European Commissioner, Dacian Cioloș, said his newly-formed political force will be able to tap into a reformist wave that will change his country - and help change the EU.
News

Romanian President Klaus Iohannis urged the nation Thursday (25 April)  to vote next month in a referendum on judicial reforms, calling it a chance to teach the ruling left-wing social democrats "a lesson".
Interview

Romania’s Social Democrat-led government survived a no confidence vote on Thursday (20 December) as expected, days before taking over the European Union’s rotating presidency, but still faces concerns at home and abroad over its attempts to weaken a crackdown on corruption.
News

Romania's centre-right President Klaus Iohannis said Tuesday (18 December)  that he will invite himself to meetings of the left-wing cabinet in order to prevent it passing proposed criminal pardons that could benefit prominent politicians.
News

The head of Romania's ruling Social Democrat party, Liviu Dragnea, was sentenced to three and a half years in prison by the Supreme Court yesterday (21 June) for inciting others to abuse of office, prompting thousands to rally against his government.
Interview

Romanian President Klaus Iohannis is being considered as a possible replacement for European Council President Donald Tusk when his term expires in December 2019, according to local media reports.
News

Romania's left-wing Prime Minister Mihai Tudose resigned on Monday (15 January) after losing the backing of his party due to internal power struggles, barely seven months after his predecessor suffered the same fate.
News

Romania will amend decrees that could weaken anti-graft effort

Romania's government will probably amend proposed decrees that critics say would weaken a drive against corruption, the country's justice minister said yesterday (30 January), although he declined to state exactly what would be changed.
News

Outgoing Romanian PM Dacian Cioloş could have saved the village of Rosia Montana by filing a procedure to make it a UNESCO world heritage site. But he preferred to bow to the interests of a Canadian firm using cyanide technologies to extract gold, writes Claudia Ciobanu.
Read more »»
RSS - Romanian elections