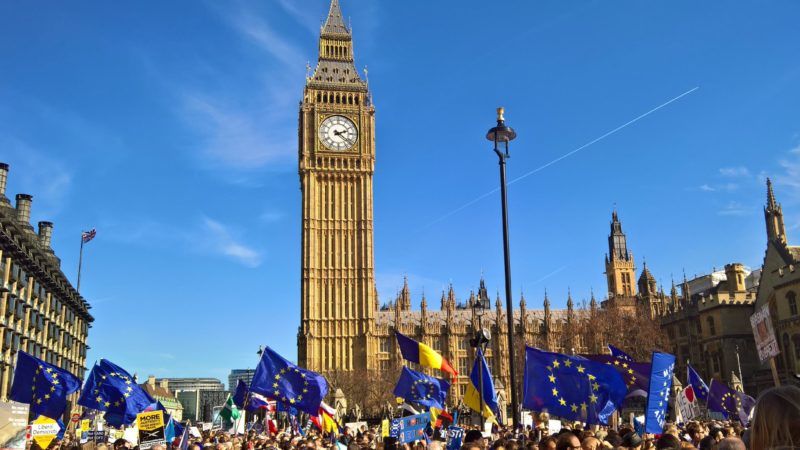 Tens of thousands of pro-EU protesters took to London's streets on Saturday (25 March), in defiance of the terror threat, to mark the bloc's 60th anniversary just days before Brexit begins.
News

Thousands of EU citizens gathered today (25 March) in Rome to celebrate but also deliver a wake-up call to their leaders to improve policies and address the rise of nationalism across Europe. EURACTIV.com reports from Rome.
News

The gradual transfer of competences to the EU has left member states unable to improve working conditions and drag their economies out of stagnation. It is time for serious change, writes Sotiria Theodoropoulou.
News

EU leaders are going to meet in Rome on Saturday (25 March) to discuss the future of European integration. The Czech Republic is still not sure what to do. EURACTIV.cz reports.
Opinion

Certainly, the past 10 years have been tough for Europe but, as the EU celebrates its 60th anniversary, it must also build on its positive achievements in order to tackle the numerous challenges ahead, writes Jacques Bughin.
Opinion

The V4 do not want federalisation, nor a return to only the single market. The emergence of multi-speed Europe is particularly undesirable for them. However, this is where the Visegrád consensus ends, writes Vít Dostál.
News

In the Visegrád Group, there is a desire to both strengthen the powers of member states, but also defend the Schengen area, and the four freedoms. Unsurprisingly, talk of treaty change is in the air. Euractiv's Central European partners report.
RSS - Rome Declaration