MEPs in the European Parliament’s powerful Civil Liberties Committee (LIBE) want the European Commission to suspend its Privacy Shield agreement with the United States unless the Trump administration introduces data protection safeguards by 1 September, in a move that comes amid mounting transatlantic political tensions.
Interview

A major technology industry association has lashed out at national data protection regulators for a critical report on the EU’s privacy shield data agreement with the United States.
News

EU Justice Commissioner Věra Jourová said she was relieved that US President Trump's “America first” policy will not shatter the EU-US privacy shield agreement on data transfers, after meeting with Commerce Secretary Wilbur Ross on Monday (18 September) to scrutinise the one-year-old deal.
Opinion

The European Parliament wants the European Commission to 'Trump-proof' the Privacy Shield data sharing agreement between the EU and the United States after the new US administration threatened to roll back some privacy safeguards.
News

The group of powerful data protection watchdogs from EU countries have reprimanded Yahoo and WhatsApp over concerns the companies are violating Europeans' privacy rights.
Opinion

Microsoft’s successful appeal against a US Department of Justice request to access emails stored on its foreign servers marks an important milestone for international consumer privacy and the tech community, writes Brian Stafford.
Opinion 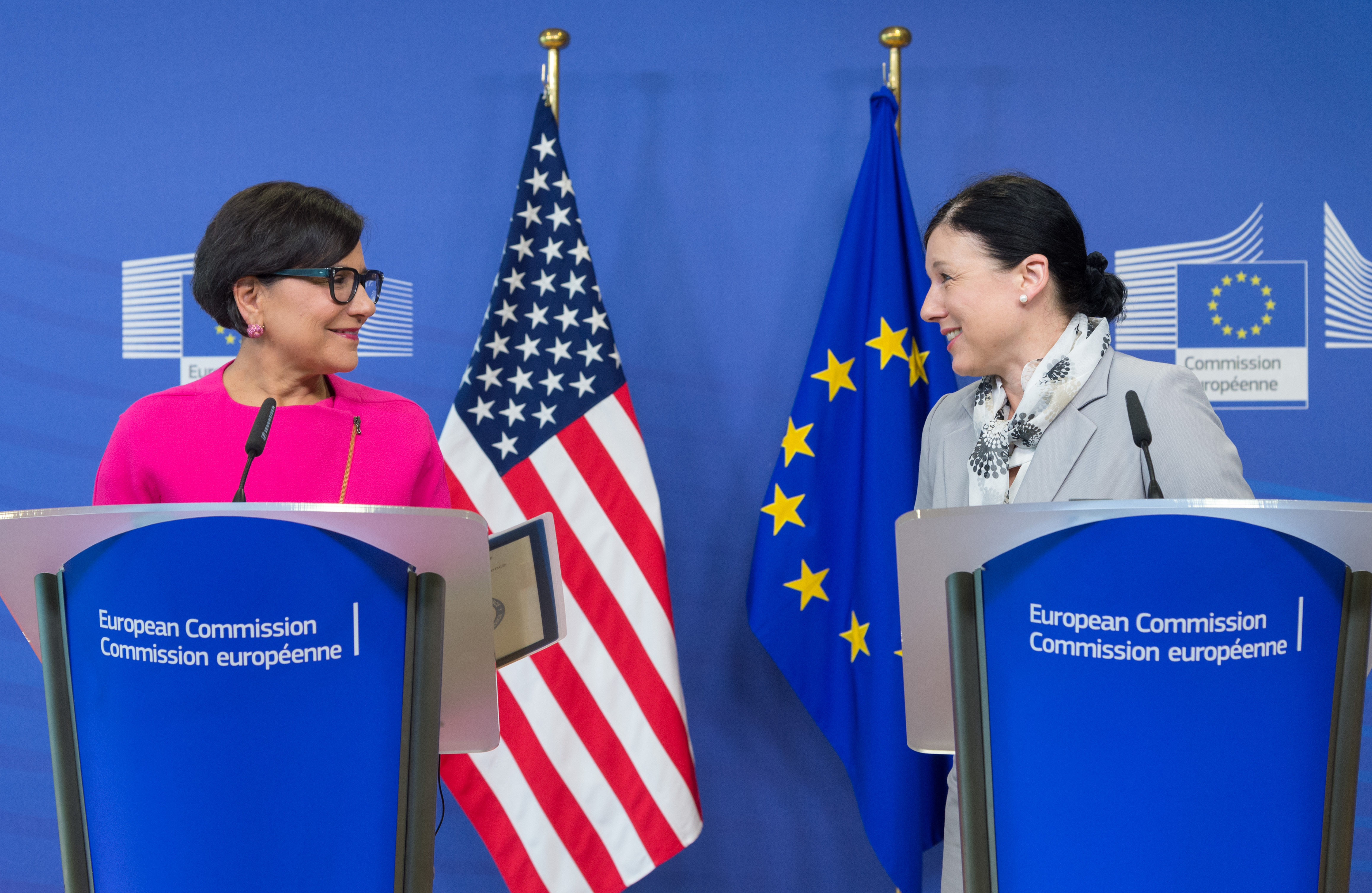 The EU-US Privacy Shield goes live today (1 August). Věra Jourová and Penny Pritzker argue that this is good for citizens, businesses and the economy on both sides of the Atlantic.
News

The controversial Privacy Shield agreement, which was signed today (12 July), forced the United States to be unusually transparent about the operations of its intelligence agencies, a top American official has claimed.
Opinion

The EU-US Privacy Shield agreement should be approved because it significantly strengthens Europeans’ privacy rights and improves the privacy protection of US citizens, writes Julie Brill.
Interview

The European Parliament has asked the Commission to reopen negotiations with the United States and shore up gaps in the Privacy Shield agreement.
News

Liberal and socialist groups in the European Parliament have tried since March to set up a plenary vote on the controversial Privacy Shield data transfer agreement to the United States. With member states' final verdict slated for next month, MEPs are running out of time to vote before the deal is finalised.
News

European privacy watchdogs gave a damning verdict of the Privacy Shield, the draft deal for data transfers from the EU to the US, and warned the European Commission to shore up gaps in the new agreement on national security agencies.
News

Privacy Shield negotiators on defensive ahead of member states’ review

EU member states will start reviewing details of the EU-US Privacy Shield next month and are getting ready for “extremely complex” discussions before they approve the deal.
News