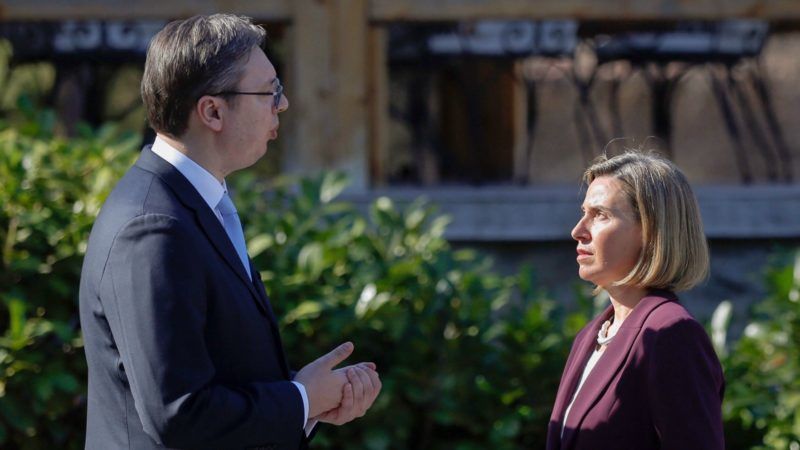 Prime Minister Aleksandar Vučić has won Serbia's presidential election in the first round, nearly complete official results showed yesterday (3 April). The EU said his election was “a vote of confidence” showing that the people of Serbia fully endorse the EU path.
News

Serbia’s government reshuffle is likely to put in place what appears to be a cabinet made up of an antagonistic mix of Western-minded reformers, conservative Socialists and Party of the United Pensioners. EURACTIV Serbia reports.
Opinion
Enlargement 06-12-2012

The risk of losing Serbia

The Serbian elections in May brought to power forces that are more ambivalent towards Europe, with a rising anti-EU sentiment in Serbia, write Ioannis Armakolas and Maja Maksimovi?.
News
Enlargement 29-05-2012

The transcript of a discussion between new Serbian President Tomislav Nikoli? and Russia’s President Vladimir Putin appears to suggest that Moscow is preparing to work with a government led by Nikoli?'s rival, former President Boris Tadi?, as Prime Minister.
News
Elections 08-05-2012

Either in coalition with the pro-European Democratic Party of outgoing President Boris Tadi? or with the Progressive Party of former ultranationalist Tomislav Nikoli?, Socialist leader Ivica Da?i? sees himself as the country's next prime minister. EURACTIV Serbia reports.
News
Elections 07-05-2012

On Sunday (6 May), Serbia will hold joint parliamentary, presidential and local elections. Two days ahead of the poll, the outcome appears uncertain except for the Socialists who are likely to enter the government with either of the main contenders. EURACTIV Serbia reports.
News

On Sunday (6 May), the French will elect a new president, the Greeks will hold general elections, and EU hopeful Serbia will designate their new president, Parliament and local authorities. The stakes appear high not only for the individual countries concerned but also for Europe as a whole.
News 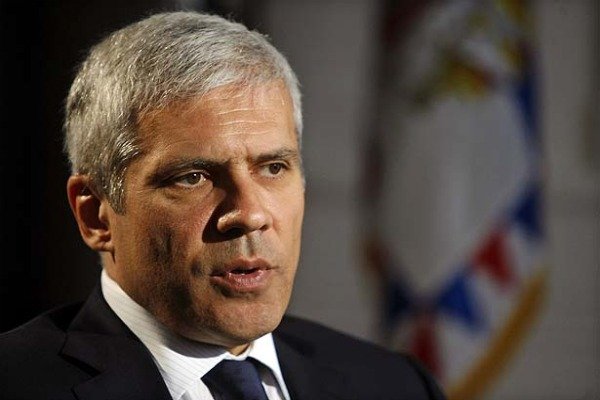 Serbian President Boris Tadi? made a surprise resignation announcement yesterday (4 April), ten months before the end of his term. The event comes before upcoming joint parliamentary, presidential and local elections on 6 May, which the president hopes will keep his Democratic Party in power and edge the country closer to the European Union.
News
Elections 14-03-2012

Serbia to hold elections in May

Regular parliamentary and local elections were called in Serbia yesterday (13 March) and will be held on 6 May. This fourth election after the collapse of Slobodan Miloševi?'s authoritarian regime in 2000 is facing an uncertain outcome.
News
Enlargement 24-02-2012

EU-mediated negotiations between Belgrade and Priština are to resume this morning (24 February) in Brussels, with high stakes: the granting of EU candidate status to Serbia at the 1-2 March summit or a return to nationalism on the eve of elections in Serbia at the end of April. BETA, the EURACTIV partner agency in Serbia, contributed to this article.
News