Although it has not been committed to paper, EU leaders suggested that Bulgaria’s Sergei Stanishev, president of the Party of European Socialists, would be the president of the new European Parliament for the next 2.5 years, as part of a package agreed at the EU summit on Tuesday (2 July).
News

In his usual straightforward manner, Bulgarian Prime Minister Boyko Borissov has disclosed that French President Emmanuel Macron has consulted him this week to prepare the summit on 28 May when the future EU top jobs will be discussed for the first time.
Interview

A British member of the European Parliament lost his role negotiating a post-Brexit visa law on Monday (1 April), amid a dispute over a draft that refers to Gibraltar as a colony.
Special ReportInterview

The Socialists and Democrats group (S&D) continue to criticise the negative stance of center-right opposition parties in Athens and Skopje towards the landmark name deal but also turn a blind eye to their member party in Greece, which disapproves of it.
News

Bulgarian Prime Minister Boyko Borissov said he apologises for revealing a secret, but that the Bulgarians should know about the main additional condition for the country’s accession to the eurozone.
News

Bulgaria, which currently holds the rotating EU Presidency, ranks last among all EU countries in terms of media freedom. It is also the worst in the Western Balkans, a region Sofia hopes to bring closer to the EU.
News

The Philippines has barred entry to an EU party official critical of President Rodrigo Duterte's brutal drugs crackdown, in a move denounced by critics Monday (16 April) as a gag on dissent.
News

At the very start of Bulgaria's EU presidency, Prime Minister Boyko Borissov’s ruling coalition was unexpectedly shaken by growing opposition to the government's plan to ratify the Council of Europe convention on preventing and combating violence against women and domestic violence.
Opinion

The refusal to extend the Schengen area to Bulgaria and Romania is a blatant example of lack of solidarity, disrespect for commitments and disregard for the EU’s own decision-making process, writes Sergei Stanishev.
Special ReportNews

The European Parliament's vote on ratifying CETA, the EU-Canada trade agreement, revealed the deep divisions among socialists across the EU, in particular in the “engine of Europe” – France and Germany.
News

Centre-left leaders could try to oust Donald Tusk as chair of the European Council and key broker of Brexit negotiations with Britain and will have their first discussion on the issue next week before an EU summit in Malta, their party president said.
News

Bulgarian Prime Minister Boyko Borissov lost his majority in parliament yesterday (10 May) after the resignation of his deputy Ivailo Kalfin, a member of the ABV party which withdrew its backing for the centre-right coalition.
News 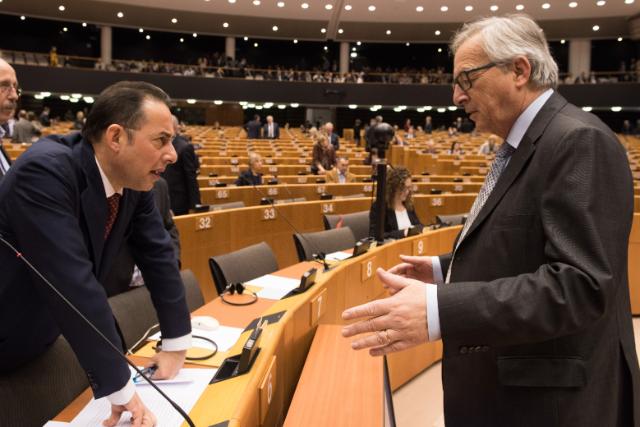 The Socialist and Democrats (S&D) group in the European Parliament is organising a demonstration in Brussels today (16 March) urging EU leaders to stop building fences and find an EU-wide solution to the refugee crisis. EURACTIV Greece reports.
News 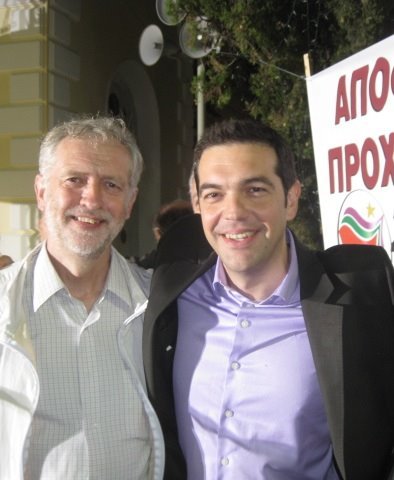