On 9 May, EU leaders gathered in the Transylvanian city of Sibiu to discuss the future of Europe. What conclusions did heads of state and government reach in the Romanian hills? And what will be the summit's legacy for the EU in the years to come?
Video 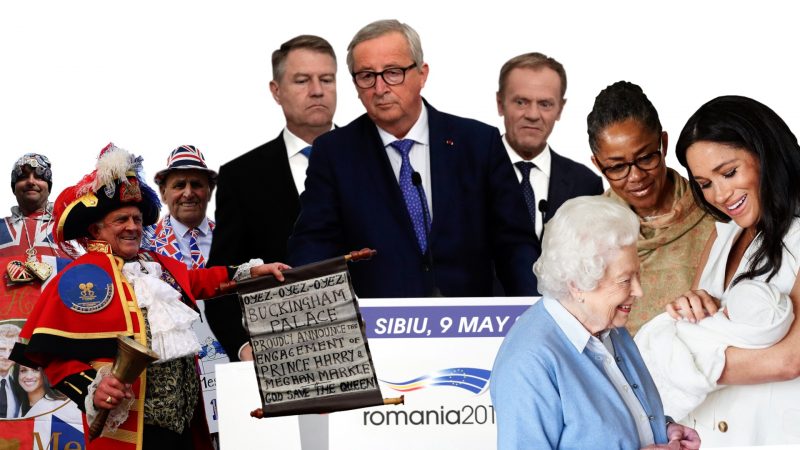 Tweets of the Week: Sibiu Summit, Juncker, and the Royal Baby

Sibiu earns international fame, Jean Claude Juncker takes some of the blame and the Royal baby is given a name.
Opinion

As heads of state and government of the EU member states meet in Sibiu on Europe Day, Karl-Heinz Lambertz urges them to work towards a more cohesive, sustainable and democratic Europe.
News 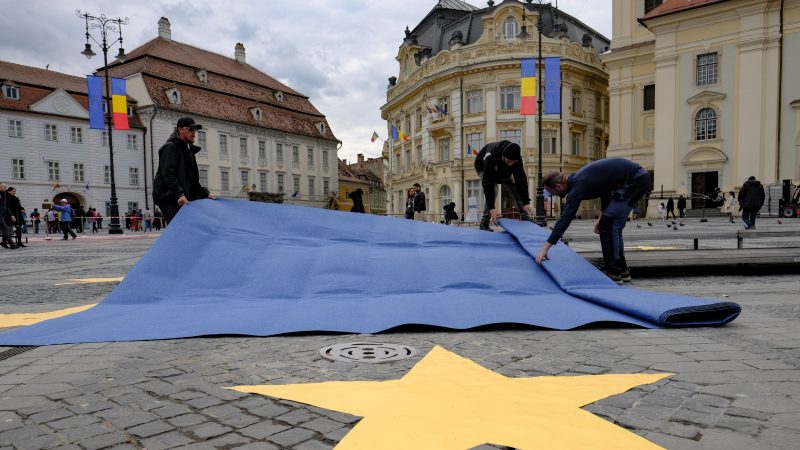 EU leaders meeting in a mountainous city in Romania on Thursday (9 May) will discuss the future of Europe, but the fate of the euro will be mostly ignored.
Opinion

Investors are clear, as global leaders in addressing climate change, it is vital for the EU to send strong, long-term signals about how it will fulfil – and indeed, step up – its commitment to meeting the goals of the...
News

The governments of France, the Netherlands, Belgium, Sweden, Denmark, Spain, Portugal and Luxembourg have launched an appeal to boost EU climate action ahead of a major summit on the future of Europe taking place in Romania next Thursday (9 May).
Opinion

The EU must counter poisonous populism with a rEUnaissance delivering a new economic and social contract and hope to European citizens, writes Luca Jahier.
News

The EU27 will be free to hold official Council meetings and make decisions without the UK despite the country still being a member of the Union, in a move seen as a success for France’s President Macron, who led calls for the restrictions.
News

Hundreds of European local and regional leaders demanded a bottom-up approach to rebuild the EU, during the 8th Cities and Regions summit in Bucharest, ahead of the informal European Council on the future of Europe in Sibiu in May.
Opinion

European lawmakers are locked in a dispute over a landmark climate plan that is meant to drag the EU into compliance with the Paris Agreement, as parliamentary committees tussle over who should take the lead.
News

The political impetus and the economic momentum filled with optimism the early stages of the year ending. But divisions among member states killed the ambition once felt. Hope turned into fear and protests. The EU braces for a very troubling period.
News

Justice Commissioner Věra Jourová made it clear today (26 October) that the EU is worried about government attempts in Bucharest to violate the independence of the judiciary, also in the perspective of the upcoming Romanian EU Presidency.
News

Negotiations about the UK's orderly exit and future relations with the EU did not feature in the discussions the European Commission’s top echelons held in preparation for President Jean-Claude Juncker’s last state of the union speech before next year's European elections.
Interview

Romanian President Klaus Iohannis is being considered as a possible replacement for European Council President Donald Tusk when his term expires in December 2019, according to local media reports.
News

Romania's President Klaus Iohannis told the European Union on Wednesday (31 January) he would fight for the independence of his country's courts, which he and Brussels say is threatened by draft laws prepared by the Social Democrat-led government.
RSS - Sibiu summit