As the UK's vote on its EU membership looms on the horizon, EURACTIV Germany spoke to Jo Leinen MEP about what might happen if Brexit happened and what kind of relationship the UK could expect with the EU.
Trade & Society 14-03-2013

Economic protectionism stoked by fears of social dumping is preventing EU countries from taking full advantage of the EU services directive, says MEP Anna Maria Corazza Bildt. Ahead of her 15 March report, she tells EURACTIV how the rules, which chop down barriers to the sale of services across borders, curb discrimination and could result in a 2.6% rise in European GDP.

Herzog: Single Market Act is an opportunity for citizens

The European Commission's proposal for a 'Single Market Act' must be debated across the EU so that citizens can learn about the internal market and get a taste for cross-border trade, Philippe Herzog, co-founder of the think-tank Confrontations Europe, told EURACTIV France in an interview. 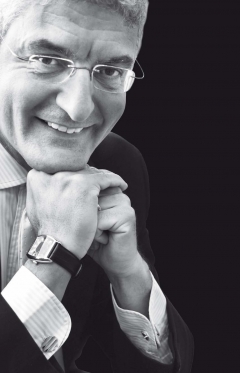 The Europe 2020 targets are "good and necessary," but more fundamental changes are needed to remove the "ton" of barriers that continue to hamper the completion of the single market, Nani Becalli, president and CEO of GE International, told EURACTIV in an interview.
RSS - single market