The European Greens have set tough conditions for giving their approval to designated European Commission President Ursula von der Leyen, who started her charm offensive among political parties in Brussels on Monday (7 July), ahead of next week's vote in the European Parliament.
News

The election of the European Parliament's president was scheduled to take place during the inaugural session in Strasbourg. But the deadlock between EU leaders over the European Commission presidency has put that on hold. EURACTIV France reports.
Video

Ska Keller is a German Green MEP and co-president of the Greens and European Free Alliance (EFA). The Greens’ unexpected success in the EU elections, combined with the continued decline of the Socialists and Conservatives, means they might emerge as kingmakers.
Special ReportInterview

The next European Commission will have to reopen the Emissions Trading Scheme directive if it is serious about reaching carbon neutrality by 2050, argues Bas Eickhout, warning the next Commission chief will need to find a broader majority in the European Parliament than his predecessor.
Opinion

The European Greens launched their electoral campaign on Wednesday (6 March) and set conditions for the European People’s Party (EPP) top candidate Manfred Weber, saying they would not be willing to talk to him "if he prefers leaning to the right".
Video

Ska Keller and Bas Eickhout, lead candidates in the European Elections for the Greens meet with EURACTIV’s Brian Maguire over a coffee to talk about the upcoming EU elections.
News

The leaders of the Social Democrats (S&D), Greens and leftist group (GUE/NGL) sat for the first time at the same table to discuss the possibility of a common strategy ahead of the EU elections in May to face down the rise of far-right and neoliberal forces.
News

The European Greens will pick their two Spitzenkandidaten in Berlin on 23-25 November, hoping to build on the Green's unexpected surge in Germany, Luxembourg and Belgium.  Here is a portrait of one of the three contenders, Ska Keller, a fiery German who grew up organising rallies against neo-Nazis.
News

Delegates from the European Greens will pick their two Spitzenkandidaten in Berlin on 23-25 November, following the Green parties’ unexpected surge in Germany, Luxembourg and Belgium.  EURACTIV.com has spoken to all three contenders and here is the portrait of one of them, Bas Eickhout.
News

European Commission President Jean-Claude Juncker and his Budget Commissioner Günther Oettinger received a largely positive reception from MEPs to their proposal for the next long-term EU budget from 2021-2027.
News

The presidents of the European Commission and Parliament have personally expressed support to Ska Keller, co-president of the GREEN/EFA group in the European Parliament, following her extraordinary and unpleasant experience in Bulgaria, the country that holds the rotating EU Presidency.
News

Since her flight touched down in Sofia on 8 February, Ska Keller, co-President of the Greens/EFA Group in the European Parliament, became the target of Bulgarian nationalists.
News

Bulgaria’s environment minister was under fire on Wednesday (24 January) in the Environment Committee of the European Parliament over his positions on climate change and his support for a recent decision to allow construction of tourist facilities in the Pirin national park.
Video 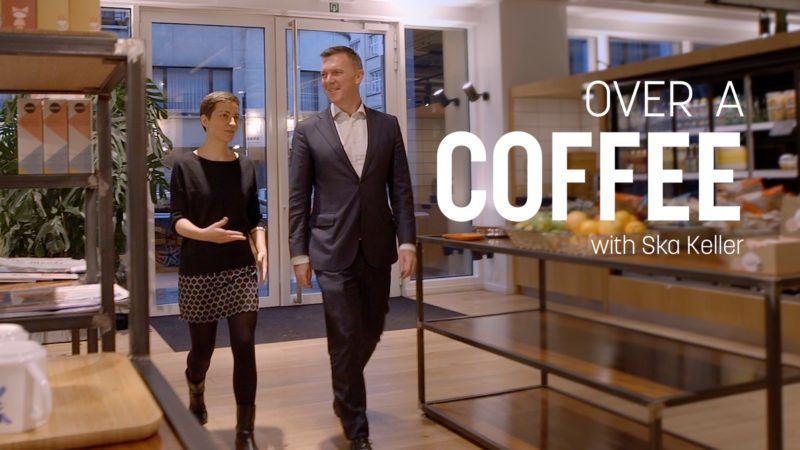