A European Parliament office in the Brussels city centre has been turned into a temporary centre for particularly vulnerable women affected by the COVID-19 crisis. Parliament staff are also cooking meals for charities and driving medical workers around, as part of efforts to help local authorities.
News

New data released this week show that Muslims in Europe face discrimination in all areas of life. We need to start shifting our perspective and promote inclusive narratives and practices with regard to Muslims' presence in Europe. Too often, they are seen as a ‘problem to manage’, writes Julie Pascoët.
News

Muslims have come a long way towards integration into Western Europe, particularly in terms of language, education and work, but remain on the margins of everyday social acceptance, a study by the Bertelsmann Stiftung revealed on Thursday (24 August).
Video 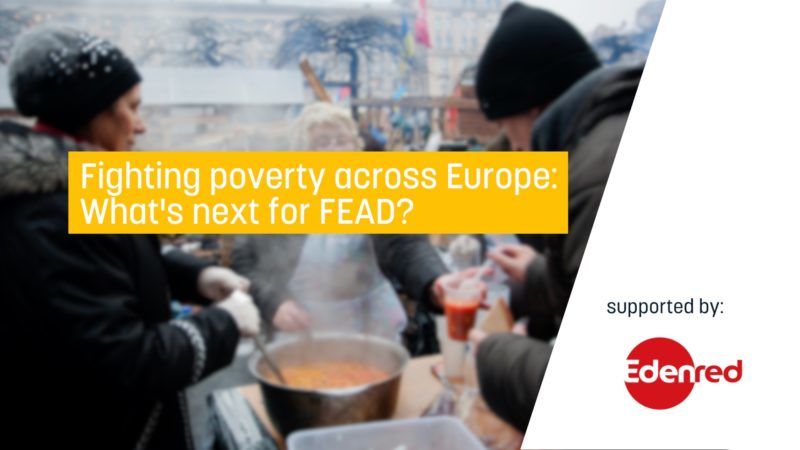 Fighting poverty across Europe: What’s next for FEAD?

EU lawmakers today (11 April) urged the European Commission to set binding EU-wide food waste reduction targets by 2020, to be met by 2025 and 2030.
Opinion

As the European Council prepares to discuss terrorism and migration, heads of state must address causes and solutions at home as well as abroad, writes Pierre Baussand.
Opinion

To win the fight against poverty, make the poor your partners. This is the core message from leading contenders for the 2015 Civil Society prize organised by the European Economic and Social Committee, writes Gonçalo Lobo Xavier.
Opinion

Member states have committed to lifting 20 million people out of poverty by 2020. But this has been hard to do in a time of economic recession, writes Georges Dassis.
Opinion 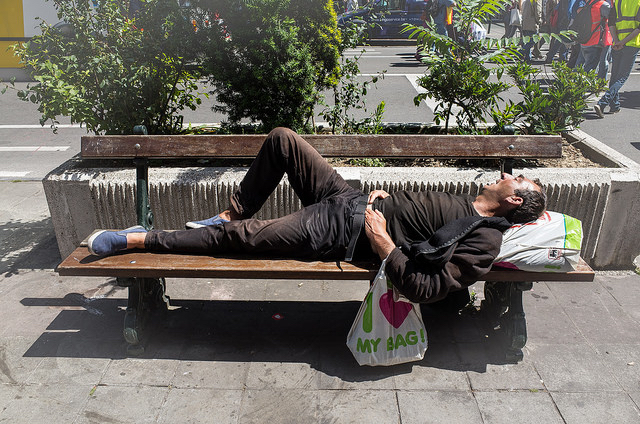 Jean-Claude Juncker’s European Commission has declared its intention to put social issues further up its agenda. Yet, the European Union and its member states need to focus on more than economic growth to foster social justice in Europe, argues Natália Mazotte.
Opinion

Athens this week defied the Commission by enacting new social inclusion measures for the homeless. But denying Greek citizens their fundamental right to housing assistance would be a breach of EU law, argue Freek Spinnewijn and Marc Uhry.
News 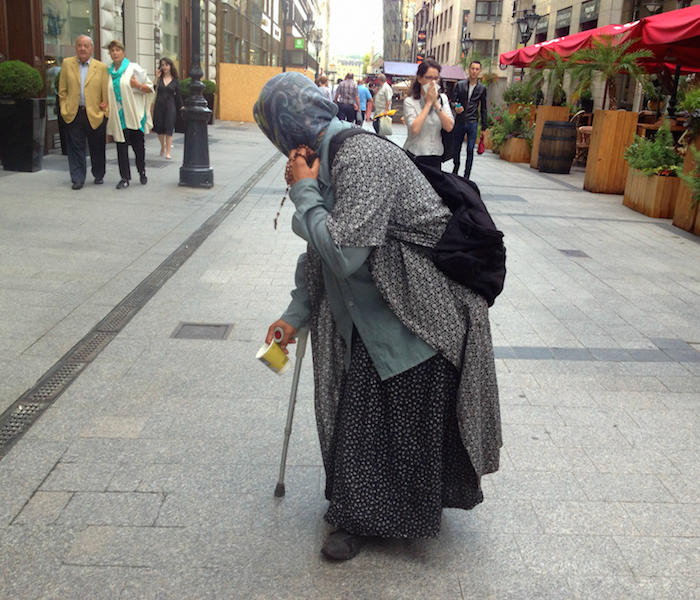 While it has often been proven that Roma experience extensive discrimination, violence and social exclusion, a new report financed by the European Commission also reveals that this has an overall negative impact on their health.
News

Millions of Europeans are poor despite having a full-time job

Thirteen million Europeans fall below the EU's poverty line despite having fulltime jobs, especially in Germany, according to a new analysis by the European Trade Union Institute (ETUI).
VideoPromoted content
Social Europe & Jobs 09-01-2013

After five years of economic crisis and the return of a recession in 2012, unemployment is hitting peaks not seen for almost 20 years, according to a report by the European Commission published yesterday (8 January), which showed growing disparity between North and South Europe.
News
Social Europe & Jobs 09-01-2013

After five years of economic crisis and the return of a recession in 2012, unemployment is hitting peaks not seen for almost 20 years, according to a report by the European Commission published yesterday (8 January), which showed growing disparity between North and South Europe.
VideoPromoted content
Economy & Jobs 06-12-2012

The European Commission on Wednesday presented a proposal aimed at tackling youth unemployment across Europe. The new package includes the so-called "Youth guarantee". It is a tool that hopes to ensure that all youth under 25 receive a quality job, internship or education offer within four months of finishing school or becoming unemployed.
VideoPromoted content
Economy & Jobs 23-08-2012

The European commission on Thursday welcomed France's plans to open its labour market to Roma migrants, most of them from Romania or Bulgaria. The French government also agreed on scrapping the current tax employers have to pay to hire nationals from the two countries. This tax can be as high as 1800 euros per worker. Brussels urged the French authorities to lift the existing working restrictions as soon as possible.
News

By refusing to set a national target for employment, the UK government has set itself on a collision course with the European Commission, and is threatening to undermine the 'Europe 2020' strategy for growth that was agreed last summer by the leaders of all 27 member states.
News

Austerity measures and public spending cuts are making life worse for the poorest members of society, whose plight is being "systematically ignored" by national and EU policymakers, according to anti-poverty campaigners.
News

The EU should encourage member states to work towards ending homelessness and ensuring decent housing for all. So says a group of social policy experts, who are calling on the European Commission to develop an EU-level strategy for tackling homelessness.
News