Poland's ruling conservative Law and Justice party (PiS) is on track for a remarkable re-election win this Sunday, in what many call the country’s most fateful ballot in years.
News

After this week's European Council summit in Brussels, EU leaders are already preparing for their next meeting, which will take place in Sweden next month and focus on social issues. It's a divisive area and member states still have one major hurdle in their way before they reconvene.
Opinion

Reshaping globalisation is Europe's responsibility and chance, write Karl Aiginger and Heinz Handler. Policy should ensure that there are no more winners and losers from globalisation, they argue.
News

As EU leaders parsed through divisive issues like migration and European integration in discussions on the future of Europe today (10 March), Sweden's prime minister threw another controversial matter into the mix: employment policy.
VideoPromoted content 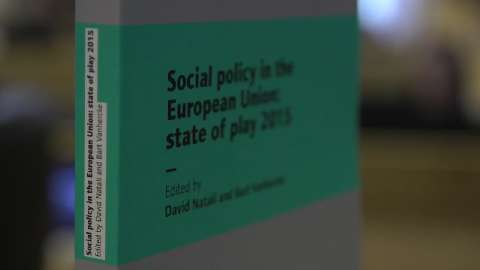 The sixteenth edition of Social policy in the European Union: state of play has a triple ambition. First, it provides easily accessible information to a wide audience about recent developments in both EU and domestic social policymaking. Second, the volume provides a more analytical reading, embedding the key developments of the year 2014 in the most recent academic discourses. Third, the forward-looking perspective of the book aims to provide stakeholders and policymakers with specific tools that allow them to discern new opportunities to influence policymaking.
News 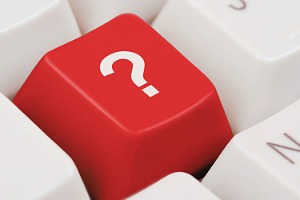 Participants in a public event of the federalist Spinelli Group overwhelmingly supported the introduction of minimal social standards at the EU level and the establishment of a common European industrial and energy policy. But the discussions failed to answer how such goals could be achieved.
Opinion
Social Europe & Jobs 13-07-2012

Minimum wages increasingly appear as proper tools to fight cross-border social dumping, argues Klaus Heeger, despite objections that the EU has little or no competence on pay.
News

With poverty and social exclusion affecting the daily lives of more than 100 million EU citizens, the European Commission yesterday (16 December) unveiled a raft of policy initiatives designed to address the causes and impacts of deprivation.
News

Dismayed by the lack of a social dimension to the European Commission's draft '2020 Strategy', centre-left MEPs and trade unions told EURACTIV that the Spanish EU Presidency was their best hope of securing a genuine social commitment in Europe's next ten-year economic plan.
News

Regions fear worst of crisis is yet to come

Europe's local and regional authorities fear the economic climate next year could be even worse than 2009, according to a new survey. This is despite a return to growth in the eurozone economies and official predictions that the global financial picture will brighten in 2010.
News

Experts: Why we disagree on EU microfinance fund

A proposed EU microfinance fund, set up earlier this year to stimulate job creation in recession-ridden Europe, has provoked sharp disagreements. Two experts, one from a social NGO and one from a European chamber of commerce, spoke to EURACTIV about the scheme's chances.
News

A proposed EU microfinance fund, set up earlier this year to stimulate job creation in recession-ridden Europe, has provoked sharp disagreements. Two experts, one from a social NGO and one from a European chamber of commerce, spoke to EURACTIV about the scheme's chances.
Policy Brief

European Commission President José Manuel Barroso spent the summer preparing his programme for the next five years after his bid to secure a second term was put on ice by the European Parliament's political group leaders in July - EURACTIV asked key stakeholders to assess the Barroso Commission's achievements and failures.
Opinion
Social Europe & Jobs 09-02-2009

"Finding the right mixture of European and national decision-making is key to a fair and efficient social policy for the twenty-first century," write Andrej Stuchlík and Christian Kellermann, researchers at the Friedrich-Ebert-Stiftung (FES), a German think tank, in a January paper.
Opinion
Social Europe & Jobs 02-12-2008

The European Union has had a social agenda since the early days of the European Economic Community (EEC), argues Joachim Fritz-Vannahme, director of European projects at the Bertelsmann Stiftung, in a November paper.
News
Social Europe & Jobs 03-07-2008

Being particularly vulnerable, the elderly are "often ignored and denied their full human rights," according to the Council of Europe's Commissioner for Human Rights Thomas Hammarberg, writing on the council's website on 28 April 2008.
Opinion
Social Europe & Jobs 07-03-2008

Despite general consensus over the need to protect and empower women, they remain under-represented in politics and marginalised in decision-making throughout the world, write EU Commissioners Benita Ferrero-Waldner and Margot Wallström ahead of International Women's Day on 8 March.
Opinion
Social Europe & Jobs 26-09-2007

Calls for ‘a more social’ Europe are unjustified

Calls for Europe to be 'more social' are unjustified as there is nothing particularly 'un-social' either in the EU at large or the internal market, argues Jacques Pelkmans in a paper for the College of Europe.
Opinion
Social Europe & Jobs 12-07-2007

Climate change represents a major challenge for employment policies both in terms of gains and losses, according to a February 2007 study conducted by the European Trade Union Confederation (ETUC) and the Social Development Agency (SDA) for the European Commission. Even the most optimistic climate-change scenario will have a major impact on economic activities and employment, the report states.
News
Social Europe & Jobs 10-05-2007

The European Trade Union Confederation - ETUC - has strongly criticised the Parliament's draft report on the Commission's Green Paper 'Modernising labour law to meet the challenges of the 21st century', declaring that it requires 'fundamental change'. In a position paper published on May 7, it states that Parliament offers a 'flawed' and 'over-simplified' analysis of the EU's labour-market problems.
Read more »»
RSS - social policy