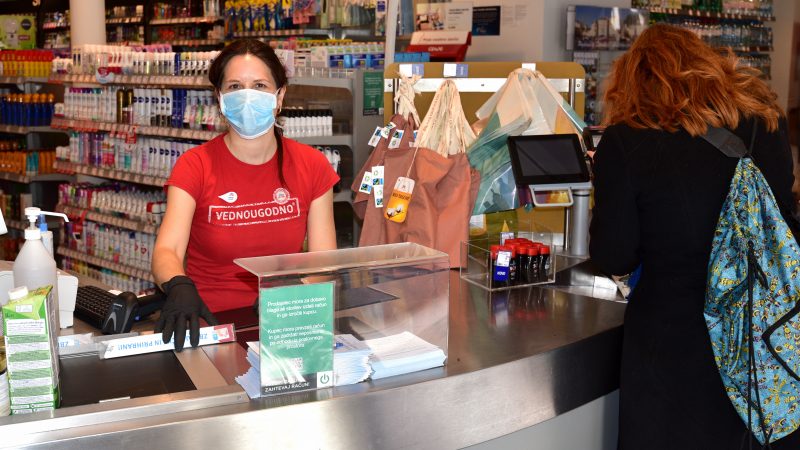 As the coronavirus outbreak confines millions of Europeans to their homes, others still show up every day to perform jobs too often undervalued -- from truck drivers and checkout clerks to security guards and street sweepers.
News

The European Commission is encouraging civil society groups and so-called 'social entrepreneurs' to participate in a new EU-wide initiative to promote new approaches in the provision of public services.
News
Competition 02-11-2010

The European Commission sees no need for major changes to EU legislation affecting social services, despite pressure from politicians and social NGOs who claim that current rules cause problems for public authorities and service providers.
News

Regions fear worst of crisis is yet to come

Europe's local and regional authorities fear the economic climate next year could be even worse than 2009, according to a new survey. This is despite a return to growth in the eurozone economies and official predictions that the global financial picture will brighten in 2010.
News

Demand for mental health services has increased over the past 12 months as people struggle to cope with unemployment, debt, home repossession and threat of redundancy, according to a new study.
Interview

The European Services Directive, which EU member states must transpose into law by the end of this year, is a flawed agreement, according to Patrick de Bucquois of CEDAG, a European umbrella group for non-profit organisations.
News

The European Services Directive, which EU member states must transpose into law by the end of this year, is a flawed agreement, Patrick de Bucquois, incoming president of CEDAG, a European umbrella group for non-profit organisations, told EURACTIV in an interview.
News
Social Europe & Jobs 03-07-2008

At a conference in Brussels on 28 January, French providers of Social Services of General Interest (SSGI) have called for clarity over the Lisbon Treaty's provisions concerning the sector, particularly regarding regulatory limits to opening up social services to competition.
News

A broad alliance of organisations, ranging from the Committee of the Regions to trade unions, has welcomed provisions on public services in the draft mandate for the Intergovernmental Conference (IGC), which will negotiate a new EU Treaty.
News
Innovation & Industry 13-09-2006

In a Communication on Social Services of General Interest (SSGI), the Commission has defined what it understands by the term and outlined its position. The paper does not deal with health services, nor does it contain any policy initiatives.
RSS - Social services