About: Sophie in 't Veld

The European Commission has concerns that certain aspects of the UK's data protection regime may change in the future and negatively impact the safety of EU personal data when transferred to the country, Commission sources have informed EURACTIV.

A secretive European Parliament sub-committee discussed corruption in Bulgaria on Friday (28 August) in the presence of top Bulgarian officials, after more than 50 days of protests in the EU's poorest country. A journalist who took part in the session as a speaker provided insight to EURACTIV into what appears to have been a heated discussion.

MEPs have urged the European Commission to provide more details on the EU's relationship with controversial US big data analytics firm Palantir, following a series of revelations detailing the involvement of the company in Europe.

EU Member States and the European Commission should "thoroughly analyse the experiences gained from the COVID-19 pandemic" in order to inform future policies across the entire spectrum of the digital domain, leaked Council documents seen by EURACTIV reveal.

Liberal and socialist groups in the European Parliament have tried since March to set up a plenary vote on the controversial Privacy Shield data transfer agreement to the United States. With member states' final verdict slated for next month, MEPs are running out of time to vote before the deal is finalised.

The US-EU Safe Harbour agreement allowed over 4,000 companies to transfer data from the EU to the US - provided the companies guaranteed the data's security abroad.

Justice Commissioner Vera Jourova told MEPs yesterday (1 February) that one day past the deadline given by EU privacy watchdogs, the European Commission still hasn't struck a new Safe Harbour data sharing agreement with the US.

MEPs fire back at Commission for ‘bad lawmaking’ on Safe Harbour

MEPs in the Civil Liberties, Justice and Home Affairs (LIBE) Committee lashed out on Monday (12 October) against the European Commission for agreeing to the now-invalid Safe Harbour data sharing deal between the EU and the US.

The liberal ALDE group in the European Parliament called on Monday (21 September) for the activation of article 7 of the EU Treaty against Hungary over its handling of refugees. 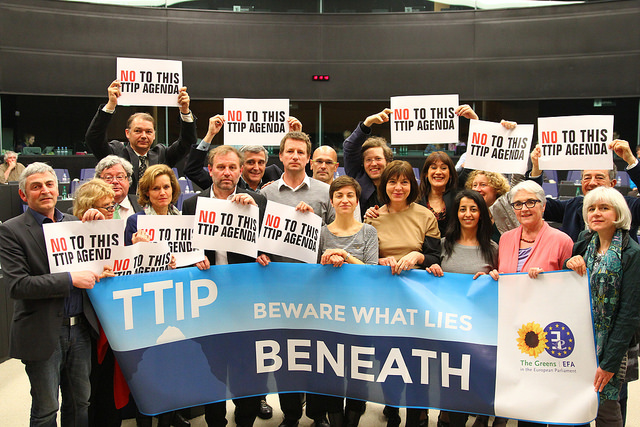 EXCLUSIVE: The new European Commission must look again at the European Union’s deadlocked transparency regulation and push through long-delayed reforms, the EU Ombudsman, MEPs and a?ctivists have said.

European Union documents relating to the EU-US trade deal, the Transatlantic Trade and Investment Partnership (TTIP), could be made public after a European Court of Justice ruling yesterday (3 July).

Geert Wilders’ populist Freedom Party (PVV) has suffered an electoral blow in The Netherlands’ EU elections, while the pro-European liberal party D66 is expected to claim the largest number of seats, according to an exit poll released on Thursday (22 May). The real winner may be abstention however.
Read more »»
RSS - Sophie in 't Veld