In her state of the union, VDL aims to please, Trump thinks Vienna is nothing but trees and Dominic Raab has us all thinking jeez!
Video 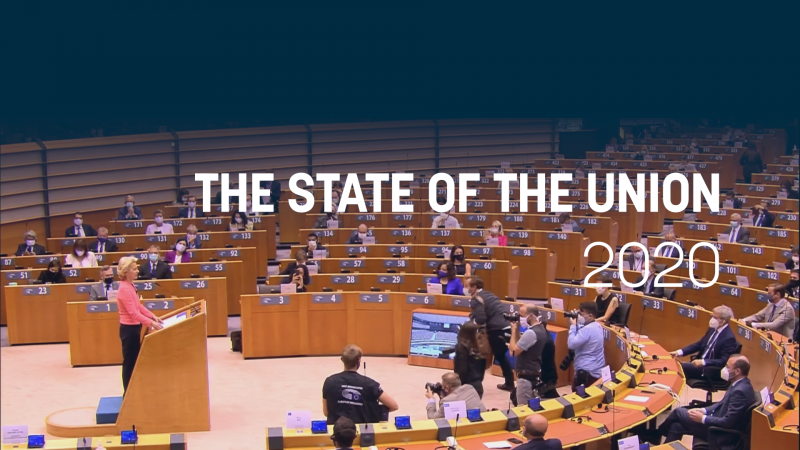 Commission President Ursula von der Leyen held her first ‘State of the Union’ address in front of the European Parliament, focusing on the recovery from the corona crisis, updated green targets and outlining a path towards a “digital decade” for...
News

European Commission President Ursula von der Leyen pledged in her first ‘State of the Union’ address that Europe will lead the way towards a “new vitality” following the COVID-19 crisis, including a more “human” and greener economy.
News

In her first State of the Union speech, European Commission President Ursula von der Leyen highlighted the need to build a stronger European Health Union, lashing out at the member states for having scrapped the ambitious EU4Health programme embedded in the recovery fund.
News 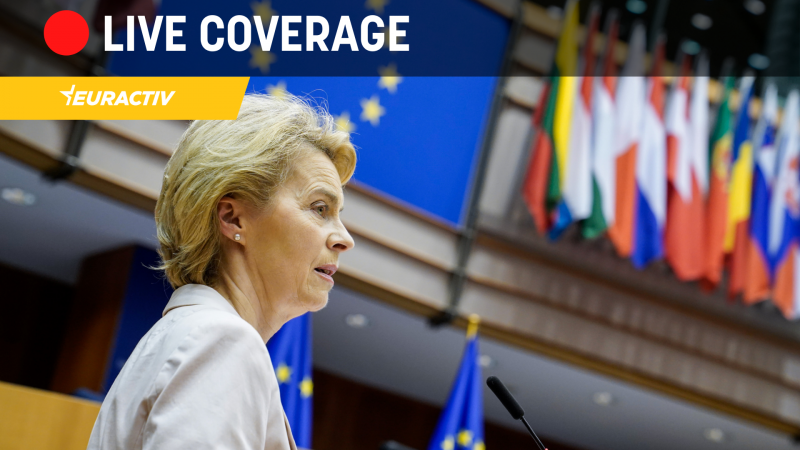 European Commission President Ursula von der Leyen gave her first State of the European Union address on Wednesday (16 September), catch up here on the main points covered by the speech and analysis on all the details.
News 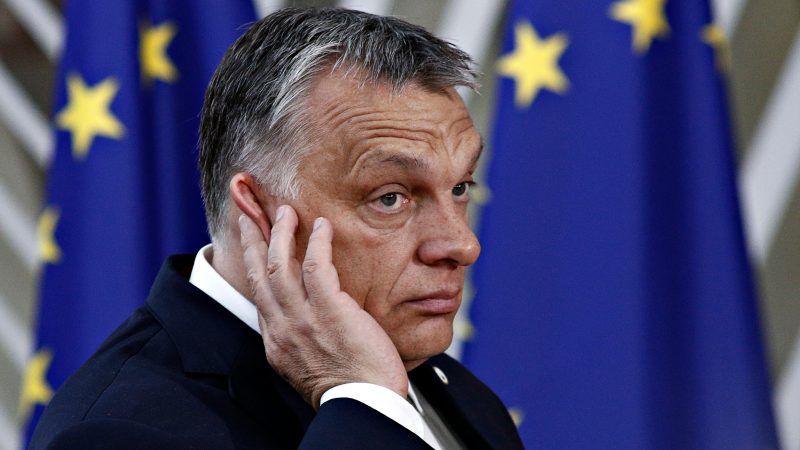 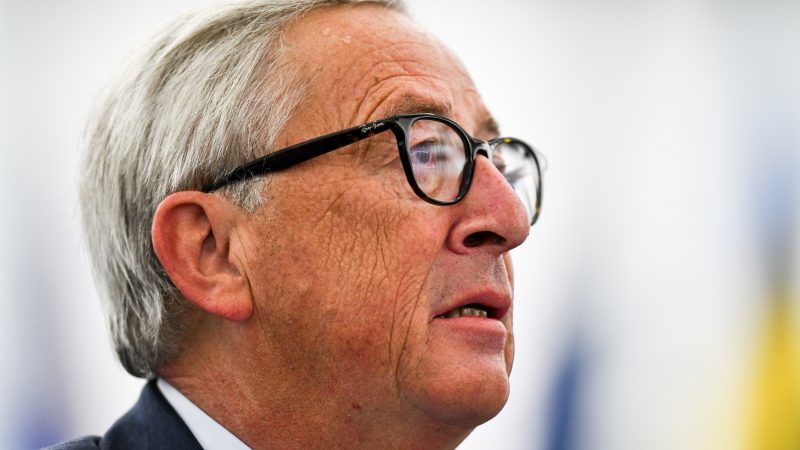 Commission President Jean-Claude Juncker stayed away from major legislative proposals in his annual address to Parliament, preferring to focus on the “big picture” of how the EU can assert its power in a hostile international environment.
News 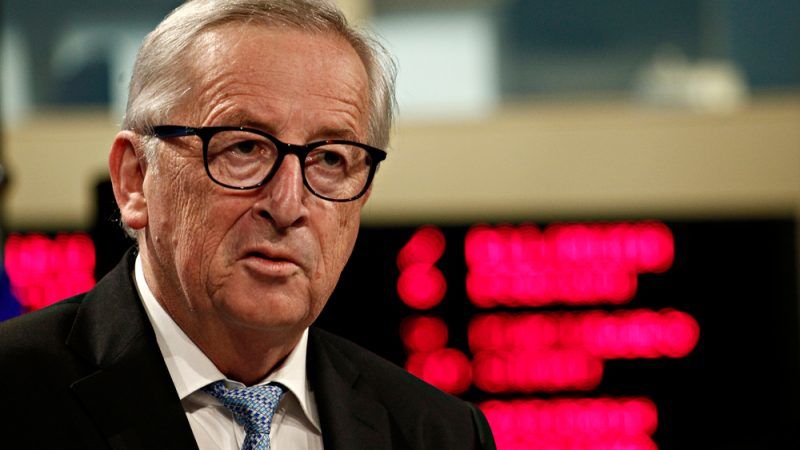 Before Jean-Claude Juncker's final State of the Union address to this European Parliament on Wednesday (12 September), EURACTIV takes a look at his first speech from 2015 to see how the Commission president has done over the last three years.
Video 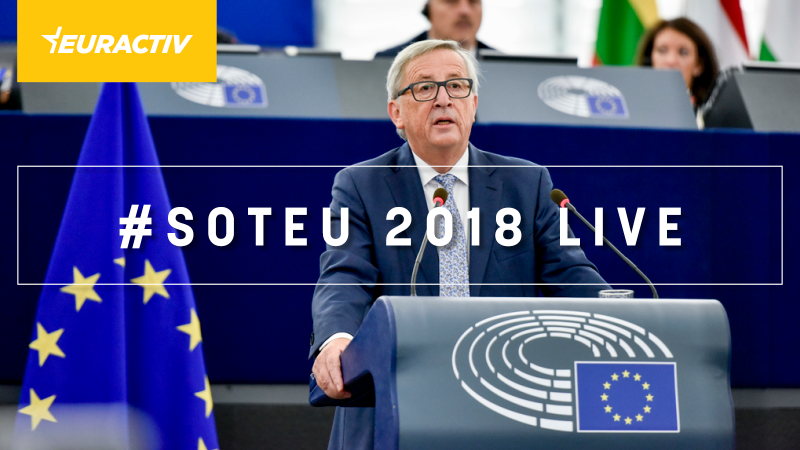 On Wednesday morning (12 September), Jean-Claude Juncker delivered his final State of the Union address to this European Parliament. Check EURACTIV's coverage on how the speech went down and how everyone is reacting to it.
Opinion

Europe faces massive challenges, from migration to climate change and all points between. As Jean-Claude Juncker gears up to make his final address to this European Parliament, Frédéric Vallier calls on the Commission boss not to forget the role of cities and regions.
News

Negotiations about the UK's orderly exit and future relations with the EU did not feature in the discussions the European Commission’s top echelons held in preparation for President Jean-Claude Juncker’s last state of the union speech before next year's European elections.
News

The outcome of the German elections will also shape the future of the EU. What do German associations, unions and civil society organisations demand from the future government with regards to EU financial, social and trade policies? EURACTIV Germany reports.
Opinion

It’s always a pleasure to be praised as strategically important. But when looking at the European Commission’s current proposal for screening foreign direct investments, many entrepreneurs ask: what is the strategy? Thilo Brodtmann explains.
News

The European Commission did not include new strategic objectives and targets in its industrial package unveiled on Monday (18 September), stressing instead that a master plan already exists for European industry.
Video 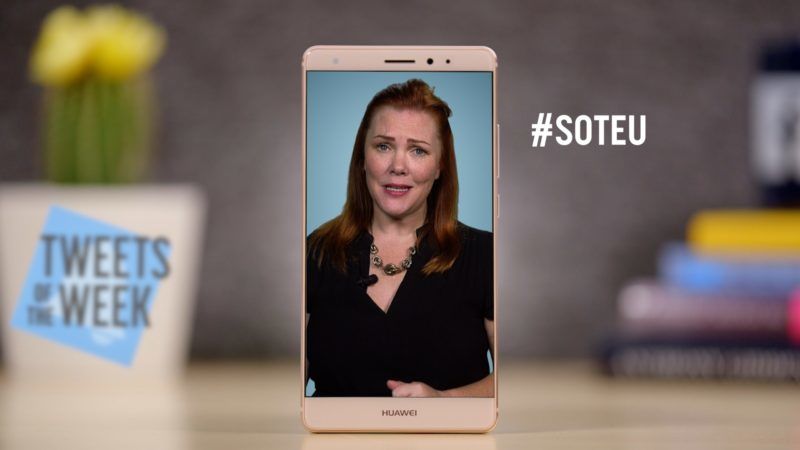 This EU Tweets of the Week is a State of the Union special. We’ve got the hails and fails, wails and… sails?
News