Spain's conservative government has added its voice to calls for deeper integration in the eurozone, suggesting to Brussels in a paper that members of the bloc should pool some aspects of their debt management and share a budget to fight crisis shocks.

Economic analysts in Germany are proposing new structures in the European Monetary Union as a result of the Greece crisis, saying an option to leave the eurozone should also be included. EURACTIV Germany reports.

EXCLUSIVE / United Nations bosses have criticised the European Union for backing an international court where companies can sue countries, while blocking global rules to help bankrupt nations, such as Greece and Ukraine solve sovereign debt problems.

Investor enthusiasm for euro zone debt could be abruptly reversed and governments should not bank on borrowing costs remaining super-low, one of the bloc's senior economic officials warned on Thursday. 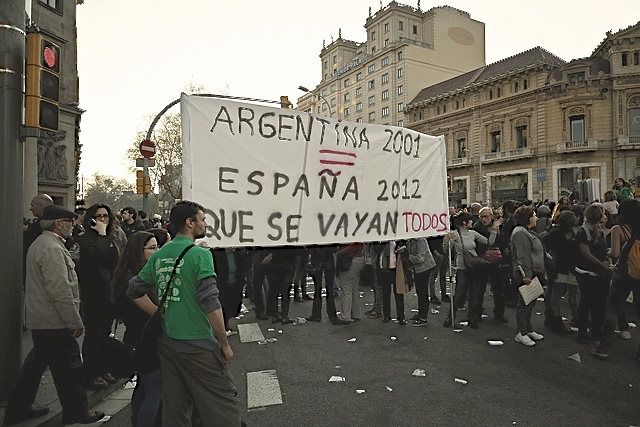 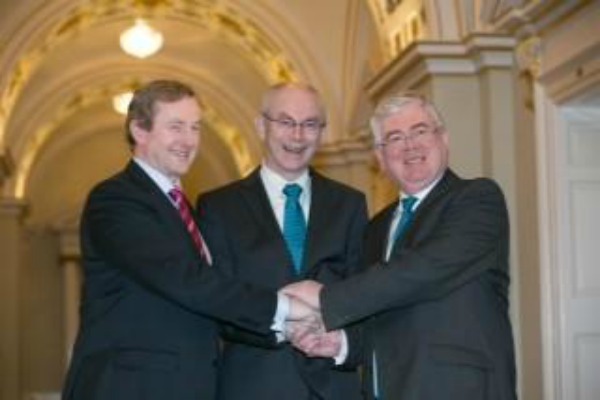 With Ireland at the helm of the six-month rotating presidency of the European Union, leaders and policymakers have praised the country for regaining international confidence after seeking a bailout in 2010. But Dublin cannot concede victory just yet.

Brussels agreed on stricter rules for credit rating agencies which will ultimately try to reduce the over-reliance on external ratings, requiring financial institutions to strengthen their own credit risk assessment.
Euro & Finance 16-11-2012

France's German-speaking prime minister offered a worried Berlin reassurances on Thursday (15 November) that his government would reduce the deficit and prevent France from becoming the next victim of the euro crisis by applying a new economic model.

Germany, the Netherlands and Finland have issued a joint declaration that appears to unravel much of what was agreed at the last European summit in June, when EU leaders paved the way for the direct recapitalisation of troubled banks.
Euro & Finance 07-12-2011

Analysts: No easy cure for ‘a monster of a crisis’

After months of wavering over how to treat debt woes that threaten the euro, European leaders must walk away from a summit this week with long-term visions as well as short-term action to salvage the currency, said analysts polled by EURACTIV.

Commission President José Manuel Barroso announced yesterday (16 November) in the European Parliament that his office would table next Wednesday a  proposal on ‘stability bonds’, which are otherwise known as eurobonds.
Euro & Finance 13-10-2011

China wonders ‘will Europe pay us back?’

China is nervous about its decision to buy European bonds to alleviate the sovereign debt crisis, and is linking it to the country's continued support for reforming global governance in its favour, EURACTIV has learned.

MEPs rally behind ECB as saviour of euro

The European Central Bank has been heralded as the lone saviour of Europe by pursuing a policy of bond purchasing, a measure which has been castigated by analysts and other central bankers as self-destructive.
RSS - sovereign debt crisis