If the EU misses out on 5G it could lead to a drain of world leading tech companies in Europe (of which there are only a few), if it wants to catch up to America and China then it has to deliver on 5G before anyone else, writes Gunnar Hökmark.
News

Telecoms ministers from EU countries agreed on a plan to set up fast 5G internet networks by 2025, five years after the European Commission's original proposal, and snubbed a proposal to reform rules for selling off radio spectrum.
Opinion

Europe’s window of opportunity to lead on 5G deployment is closing fast, writes Gabriel Solomon. A repeat of Europe’s mistake on 4G roll out would be regrettable.
Interview

European mobile phone contracts are required to charge domestic rates for calls, SMS and data use when users travel in the EU starting today (15 June), capping off a ten-year fight to get rid of roaming fees.
Opinion

The next generation of connected devices will change our lives. But the high-speed, reliable mobile connectivity they need requires collaboration across the EU and long-term regulatory certainty, writes Afke Schaart.
News

A group of thirteen EU member states have doubled down on a pushback by national governments against the European Commission's proposed changes to radio spectrum policy, arguing it will sweep away their powers to auction off spectrum to telecoms operators.
Opinion

A draft EU telecoms law could cause major economic growth and create jobs, but there is a high risk it could be diluted by the Brussels compromise machine, write Steven Tas and Lise Fuhr.
Special ReportInterview

European Commission Vice-President Andrus Ansip is optimistic about the digital revolution. After visiting the Mobile World Congress in Barcelona this week (27 February-2 March), he still believes Europe is "in a good position" to lead the next generation of mobile broadband (5G).
Special ReportNews

Development of the next mobile broadband generation (5G) is progressing better than expected and the first devices could be available by the end of this decade. But more investment is sorely needed.
News

The Council endorsed on Thursday (26 June) the European Commission’s proposal to liberate the 700 MHz frequency by 30 June 2020, in time for the irruption of the next generation of wireless broadband (5G).
Special ReportInterview

The EU should have just two sets of rules for telecoms: one for infrastructure, and one for services, argue Alexandre de Streel and Bruno Liebhaberg. When similar services are on offer, the same rules should apply regardless of the technology, they contend.
Special ReportOpinion 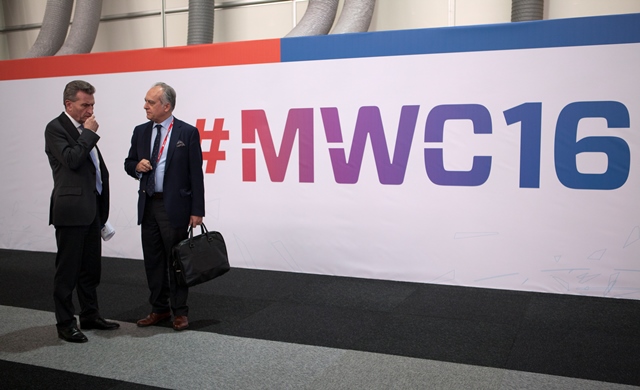 Does the mobile industry have a future?

As the Mobile World Congress gets underway in Barcelona, Luigi Gambardella considers what kind of future the European mobile industry can expect and what can be done to improve services and consumer satisfaction.
Special ReportInterview