About: Structural and Cohesion funds

Digitalisation, the transition towards a greener economy, demographic changes… have increased the skills gap. As workers and companies struggle to deal with it, the European economy suffers. The EU is working to reduce it.
News

With €375 billion in the new budget, cohesion remains a cornerstone of EU policies and the proposed cuts will be compensated with increased national co-financing, said Dutch MEP Lambert Van Nistelrooij (EPP). He also said he was in favour of keeping the decentralised approach of ESF and the current categorisation of the regions.
News
Regional Policy 16-01-2013

France holds out for a large EU regional budget slice

Paris eyes an extension of €1 billion for 10 French regions that it says are collateral victims of cuts to the EU budget for 2014-2020. EURACTIV France reports.
News
Regional Policy 05-11-2012 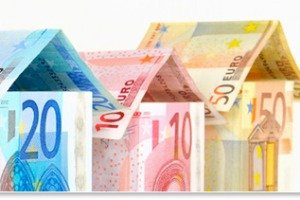 Brussels wants regions to make better use of EU funds

With the long-term budget topping the EU agenda, European institutions are emphasising the continent’s regions as the battleground where the economic crisis would be won or lost, yet propose to increase conditions laid on growth-oriented funding.
News 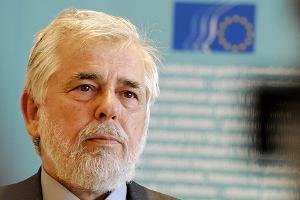 Meeting in Athens, trade union leaders from across Europe have called on EU finance ministers to show solidarity towards Greece and other EU countries facing serious financial difficulties, notably by reducing interest rates on loans from the European Central Bank (ECB).
Interview

Trade union leaders from across Europe are gathering in Athens this week, for the 12th Congress of the European Trade Union Confederation (ETUC). Veteran trade unionist George Dassis shared with EURACTIV his views on the social impacts of the financial crisis, and how the EU should show solidarity with countries such as Greece, Ireland and Portugal.
News

The EU's commissioner for climate action, Connie Hedegaard, has told regional leaders that energy efficiency must be given "bigger priority" in the coming years and the EU budget should be used to leverage investments in energy-saving measures.
Interview

Delebarre: ‘I’m against idea of performance reserve’ for regions

Meeting in Brussels today (1 April), regional leaders are expected to adopt a report that directly contradicts many of the European Commission's ideas for reforming the EU structural funds in the coming years. Mayor of Dunkirk Michel Delebarre spoke to EURACTIV about why the Committee of the Regions cannot support some of the Commission's plans.
News

Meeting in Brussels today (1 April), regional leaders are expected to adopt a report that directly contradicts many of the European Commission's ideas for reforming the EU structural funds in the coming years.
News

Regions in relatively rich countries should continue to receive money from Brussels, because this is how the European Union "shows its face," according to German MEP Markus Pieper (European People's Party), who is in charge of drafting the European Parliament's opinion on the future of EU regional policy.
News

Meeting in Brussels yesterday (21 February), EU ministers expressed strong support for maintaining the bloc's cohesion policy, but failed to find agreement on some of the controversial aspects of the European Commission's review proposal, including attaching conditions to the  payment of EU funds.
News

Small and medium-sized towns have set up shop to increase their influence over EU policymaking and make their voices heard among the EU institutions.
News

The European Commission faces an uphill struggle to convince member states that extra funding should be made available to regions that are neither poor nor prosperous - but somewhere in between.
News
Regional Policy 02-02-2011

The EU commissioner in charge of regional policy, Johannes Hahn, has called on regional and national governments to make sure they use up all the money that is available from the EU's structural funds by speeding up the implementation of projects on the ground.
Policy Brief

The cohesion policy (or regional policy) of the European Union provides a framework for financing a wide range of projects and investments with the aim of encouraging economic growth in EU member states and their regions. The policy is reviewed by the EU institutions once every seven years. The next round of programmes is to be launched in 2014.
Interview

How should the EU's cohesion policy be reformed to meet the challenges facing Europe's regions in the coming years? EURACTIV Czech Republic interviewed Fabrizio Barca, one of Europe's leading experts in the field of economics and regional development.
News

Clear targets and conditions are necessary to ensure that money from the EU's structural funds is not wasted or misspent by member states, says Fabrizio Barca, who is one of Europe's leading experts on regional development. The Italian spoke to EURACTIV Czech Republic in an exclusive interview.
News

The Bucharest-Ilfov region is using EU funds to develop its tourism infrastructure and improve its attractiveness to business travellers in the country's capital. EURACTIV Romania reports.
News

The European Commission has reacted strongly to press reports suggesting there are serious problems with the speed of payments under the EU's regional funds, laying the blame on member states that often fail to provide their share of funding.
News
Regional Policy 22-10-2010

Most citizens unaware of what the EU does for them

A major Europe-wide survey has revealed that two out of three citizens are not aware of any projects that the EU co-finances in their area. However, awareness is higher in those countries that receive the most money from Brussels.
Read more »»
RSS - Structural and Cohesion funds