More than one in two citizens of the European Union are concerned about the misuse of their online data by fraudsters and cybercriminals, a new EU study has found.

According to a survey carried out for the European Parliament, Italians are the least satisfied EU citizens when it comes to the EU's response to the coronavirus crisis. EURACTIV Italy reports. 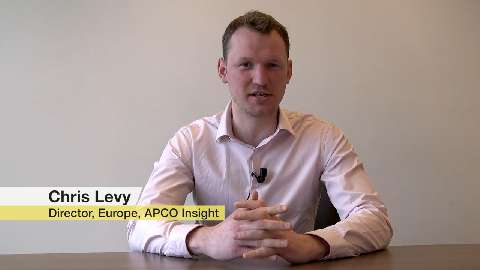 The Yellow Academy is a series of 7 workshops on EU lobbying and communication with a strong focus on case studies.

UK support for the EU is balanced on a knife edge with half the population ready to vote for leaving the EU tomorrow and far fewer people identifying the country as European, according to a new survey published yesterday (2 December).
Digital & Media 16-08-2013

Europe’s online retail to double by 2018

Online retail sales in Europe will double by 2018 to €323 billion according to a new survey by market research firm Mintel.
Promoted content 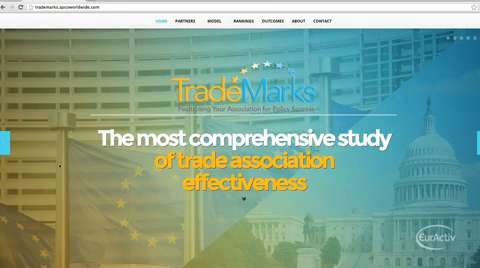 The foundation of TradeMarks is a groundbreaking new model developed by APCO Insight, National Journal and EURACTIV that measures the extent to which policy leaders believe associations are effective in achieving their policy goals for their members.
Justice & Home Affairs 11-02-2013

While the full facts that led former EU Health and Consumer Commissioner John Dalli to resign have not yet been made public, adequate measures in response to what has become the ‘Dalli scandal’ are more necessary and urgent than ever, argues Natacha Cingotti.
Future EU 13-11-2012

EXCLUSIVE / The current European Commission administration is performing badly two years into its term, say more than half of respondents to a Burson-Marsteller and EURACTIV survey.
Elections 07-09-2012

The European Union's image has improved in the eyes of a majority of Europeans in the last 10 months, according to the latest Eurobarometer survey.

Survey: Europeans most innovative but downbeat

European countries retain the best reputation amongst their global rivals as champions of innovation, but businesses tend to be less bullish about their home states, according to the latest global innovation survey.

Almost half of European recruiters seek information on potential candidates using online social networks and almost a quarter have rejected candidacies on the basis of their research, according to a survey released for EU Data Protection Day.

Monitoring your MEP: A tricky issue

In the run-up to the European elections, some websites are trying to monitor MEPs according to their attendance in plenary sessions and committee meetings. But in practice the task is proving extremely difficult. EURACTIV France contributed to this report.

Journalists are the least trusted when it comes to integrity and honesty, according to lobbyists surveyed for the European Centre for Public Affairs (ECPA). The poll also found Parliament to have "a strong civil society bias" while the Commission and Council are seen as more favourable to business arguments.

Finding the right balance between the Brussels and national perspectives is crucial when communicating on EU policies, while blogs and video clips are becoming an increasingly popular means of communicating online, indicates a EURACTIV survey.
Med & South 12-04-2007

Most Russians do not consider themselves European and almost half of them view the EU as a threat, according to the findings of a research project carried out by the EU-Russia Centre think-tank.
EU Priorities 2020 23-03-2007

In 24 out of 27 countries, a majority of public opinion believes that the EU plays a constructive role in the world, with most saying that they would like the EU to be more influential than the US, according to the findings of a BBC World Service poll.
Public Affairs 27-06-2006

France emerges as the most negative on EU membership in a survey conducted in five member states revealing a general feeling of dissatisfaction among EU citizens.
Politics 22-10-2004

Margot Wallström's new role of Communications Commissioner will be no easy task. A new report presents her with key recommendations on how to better communicate the EU to its citizens.
Public Affairs 15-10-2004

At a conference entitled 'What "Big Idea" for the Barroso Commission?', senior EU policy representatives will debate the most burning issues facing the new Commission over the coming five years.
Enlargement 23-02-2004

A GfK survey has found that there is widespread fear of inflation after accession in the ten new countries, but also hopes of better job and education opportunities.
Future EU 20-01-2004

One third of French people want European integration to stop

A new poll reveals that 65 percent of French people are not interested in the forthcoming European elections and that one third want European integration to stop.
Security 12-12-2003

The Commission has released the first batch of its contribution, worth 29 million euro, for the reconstruction of Iraq.
RSS - survey