Turkish President Recep Tayyip Erdoğan on Tuesday (17 March) discussed the migrant crisis and the situation in Syria's rebel enclave of Idlib, with the leaders of France, Germany and Britain.
News

Stern-faced EU leaders warned President Recep Tayyip Erdoğan on Monday (9 March) to respect the terms of a previous deal to keep migrants away from Europe's borders, after the Turkish leader came to Brussels to demand more support.
News

Migration crisis talks were set to be held between Turkish President Recep Tayyip Erdoğan and senior EU officials in Brussels on Monday (9 March), as Germany said the bloc was considering taking in 1,500 child refugees.
Opinion

If von der Leyen’s Commission really wants to be global, it should intervene at the root of the problem instead of trying to deal with the consequences, writes Ivailo Kalfin.
Opinion

The show which Turkish President Recep Tayyip Erdoğan is playing now with the migrant crisis is, to a great extent, the result of the green light he got from Trump last October when the US troops withdrew from Syria.
News

The United Nations is in talks with Turkey to boost cross-border aid flows into northwest Syria and allow more evacuations of those in urgent need of medical help, such as babies in incubators, as shelling draws closer.
News

Turkish President Recep Tayyip Erdoğan on Saturday (22 February) said he would hold a summit with the leaders of Russia, France and Germany on 5 March to discuss the escalating violence in Syria's last rebel enclave of Idlib.
News

Dozens of fighters and civilians were killed in Syria's Idlib province as the government pressed a deadly offensive Thursday (16 January) towards a key town in the country's last rebel bastion.
News

A US Senate committee backed legislation on Wednesday (11 December) to impose sanctions on Turkey after its offensive in Syria and purchase of a Russian S-400 missile system, seeking to push President Trump to take a harder line against Ankara.
Special ReportInterview

On the sidelines of a conference dedicated to Kazakhstan’s experience with the presidential model of governance, EURACTIV spoke to Sanat Kushkumbayev, a prominent foreign policy analyst, about Kazakhstan's diplomatic and geopolitical efforts, including its relations with China and the EU.
News

Volkswagen has postponed the decision on opening a new car factory in Turkey against the background of the Turkish military offensive in Syria. "The final decision for the new plant was postponed by the Board of Management of Volkswagen AG," a company spokesman said on Tuesday (15 October), confirming media reports.
News

President Donald Trump’s administration is set to impose economic sanctions on Ankara, potentially as early as this week, for its incursion into northern Syria, one of the few levers the United States still has over NATO-ally Turkey.
News 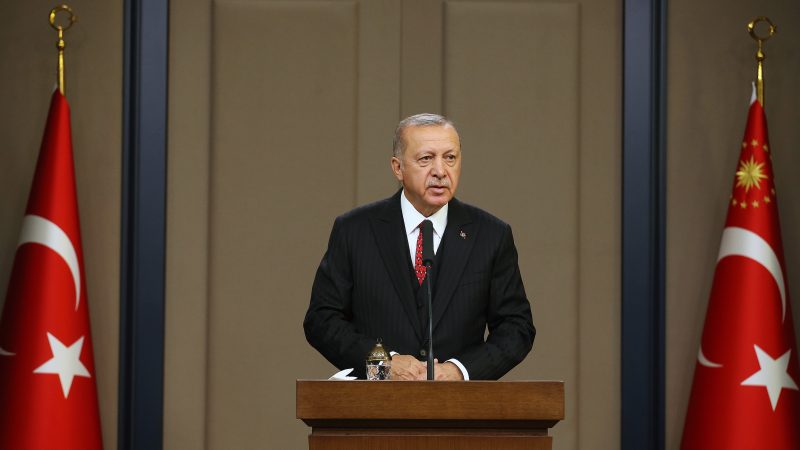 Turkish forces, together with the rebel Free Syrian Army, will cross the Syrian border "shortly", President Recep Tayyip Erdoğan’s communications director said early on Wednesday (9 October), as a surprise withdrawal of US troops made way for the Turkish incursion.
News

Germany warned on Tuesday (8 October) of a repeat of the chaotic influx of migrants that caught the European Union unprepared in 2015, while Greece, Bulgaria and Cyprus sounded the alarm over a resurgence of arrivals from neighbouring Turkey.
Read more »»
RSS - Syria war