French President Emmanuel Macron told US President Joe Biden that the leaders could broker a settlement to the long-running trade dispute between Boeing and Airbus, according to a media report on Wednesday (10 February).
News

The United States announced Wednesday (30 December)  that it will impose additional tariffs on French and German products as part of a long-running dispute over subsidies for aircraft manufacturers Airbus and Boeing.
Special ReportNews

Democrat Joe Biden would immediately consult with America’s main allies before deciding on the future of US tariffs on China, seeking “collective leverage” to strengthen his hand against Beijing if he is elected president, Biden top advisers said.
News

France and the Netherlands have joined forces to urge the European Union to enforce environmental and labour standards more forcefully with countries the bloc signs trade deals with, according to a document seen by Reuters.
News 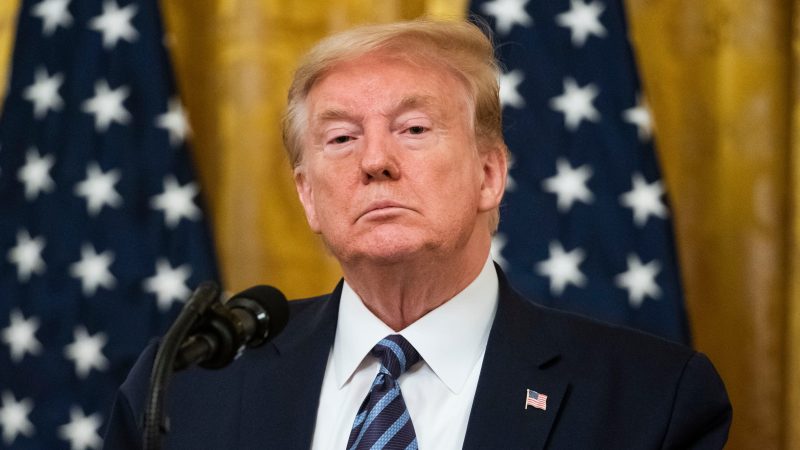 US President Donald Trump on Thursday (30 April) threatened China with fresh tariffs as he stepped up his attacks on Beijing over the coronavirus crisis, saying he had seen evidence linking a Wuhan lab to the contagion.
News

Europeans have developed a taste for American whiskey over the past decade but trade disputes have slashed US exports of the booze, an American trade group said Wednesday (12 February).
News

US consumers, companies and workers will pay the biggest price for proposed 100% tariffs on French Champagne and other sparkling wines, cheese, porcelain, enamel cookware and handbags, witnesses told the US government on Tuesday (7 January).
News

Ukraine has approved tariffs for Russian gas transit and granted a licence to its new gas pipeline system operator, the necessary steps on the way to complete a new 5-year deal for Russia's gas supply to Europe, its regulator said on Tuesday (24 December).
News

France is ready to go to the World Trade Organization to challenge US President Donald Trump's threat to put tariffs on champagne and other French goods in a row over a French tax on internet companies, its finance minister said on Sunday (8 December).
News

The US government on Monday (2 November) said it may slap punitive duties of up to 100% on $2.4 billion in imports from France of Champagne, handbags, cheese and other products, after concluding that France's new digital services tax would harm US tech companies.
News

European Union plans to allow more US beef imports cleared a key hurdle on Monday (25 November) when EU lawmakers specialising in trade backed the move, which is likely to ease transatlantic tensions.
News

The United States imposed tariffs on a record $7.5-billion worth of European Union goods on Friday (18 October), despite threats of retaliation, with Airbus, French wine and Scottish whiskies among the high-profile targets.
News

The European Commission announced on Monday (14 October) that it will challenge at the World Trade Organisation the tariffs imposed by Colombia on frozen French fries, which the EU executive sees as “completely unjustified”.
Read more »»
RSS - tariffs