Angela Merkel has admitted that the election year ahead of her is going to be the toughest one she's ever faced. That says a lot; it'll be her fourth run at the chancellery.
News

Former Enlargement Commissioner Štefan Füle told an audience today (7 December) that if the EU distances itself from the Western Balkans, other geopolitical players will immediately seize the opportunity to assert their influence over the region.
Opinion

As there are no signs that the EU economy will revitalize soon and lift with it the Western Balkans, the region is looking for new business partners, writes Dušan Relji?.
News 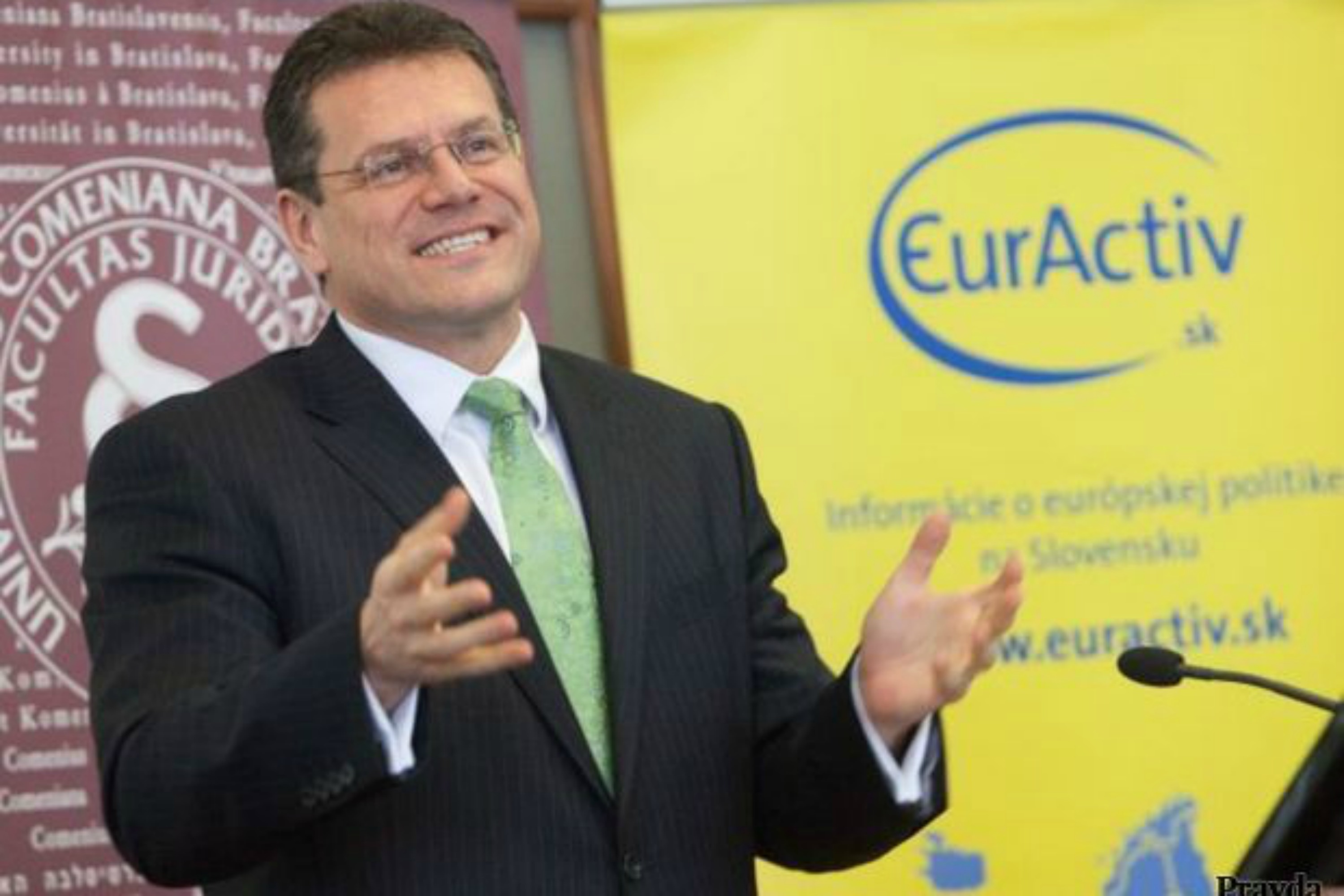 EU foreign ministers gather in Moldova in show of support

Federica Mogherini, the newly appointed head of the EU diplomatic service, met with several EU foreign affairs ministers in Chisinau, Moldova yesterday (1 September) in a sign of support for the country. This was Mogherini’s first official trip abroad, after being appointed to be the next EU foreign affairs chief.
News

At least publicly, the Commission has kept silent over Turkey’s statements that it should profit from the Russian embargo on imported Western food. EURACTIV Greece reports.
VideoPromoted content

The European Commission confirmed on Wednesday that top EU officials will hold a meeting with Russian President Vladimir Putin and Ukraine's Petro Poroshenko next week in Minsk.
News 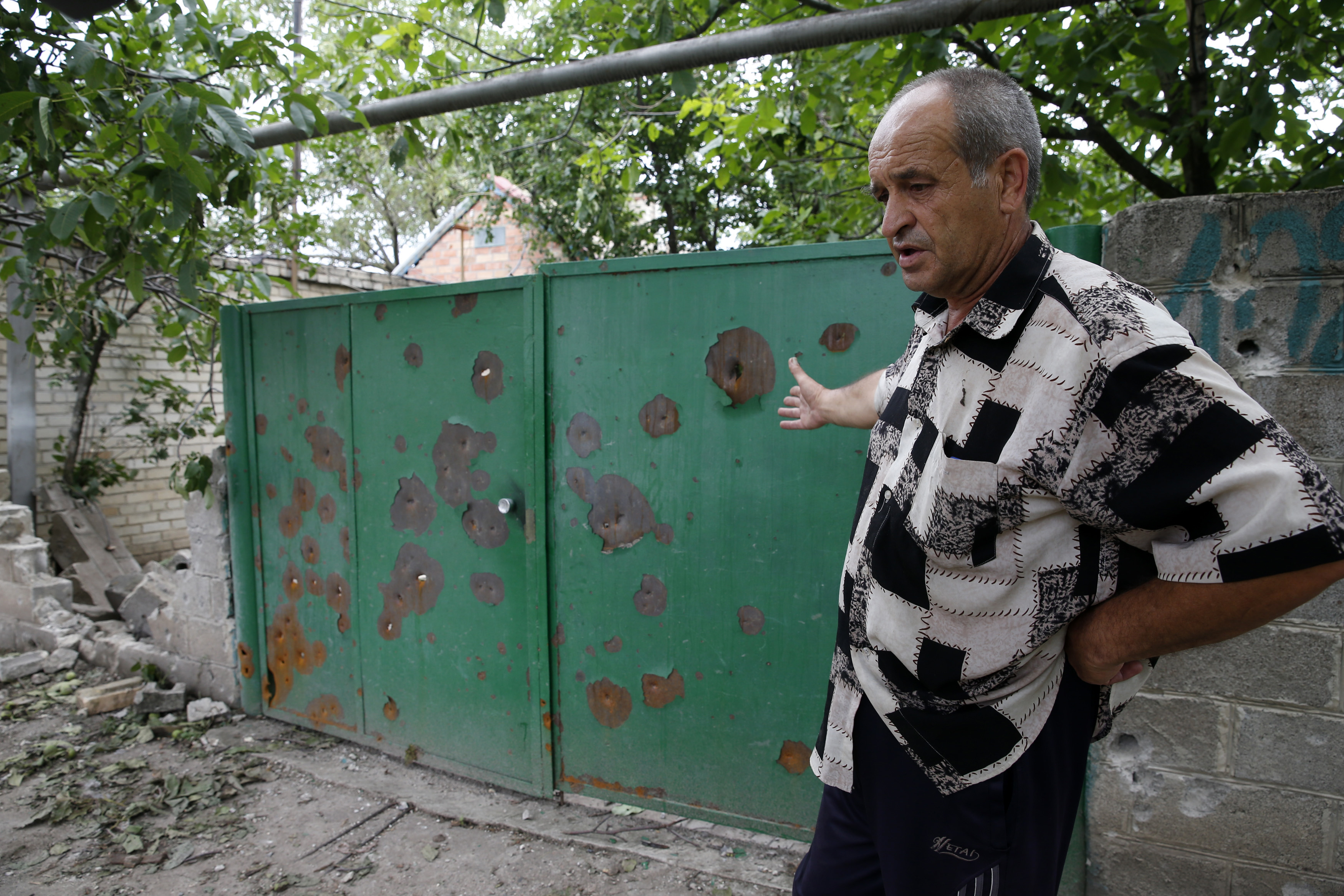 Ukraine has made fresh charges of Russian involvement in its conflict with separatist rebels, suggesting Moscow may have had a role in an air strike yesterday (15 July) that killed 11 people. The accusations come a day before EU leaders meet to discuss the crisis, where they might consider adopting fresh sanctions against Russia.
News 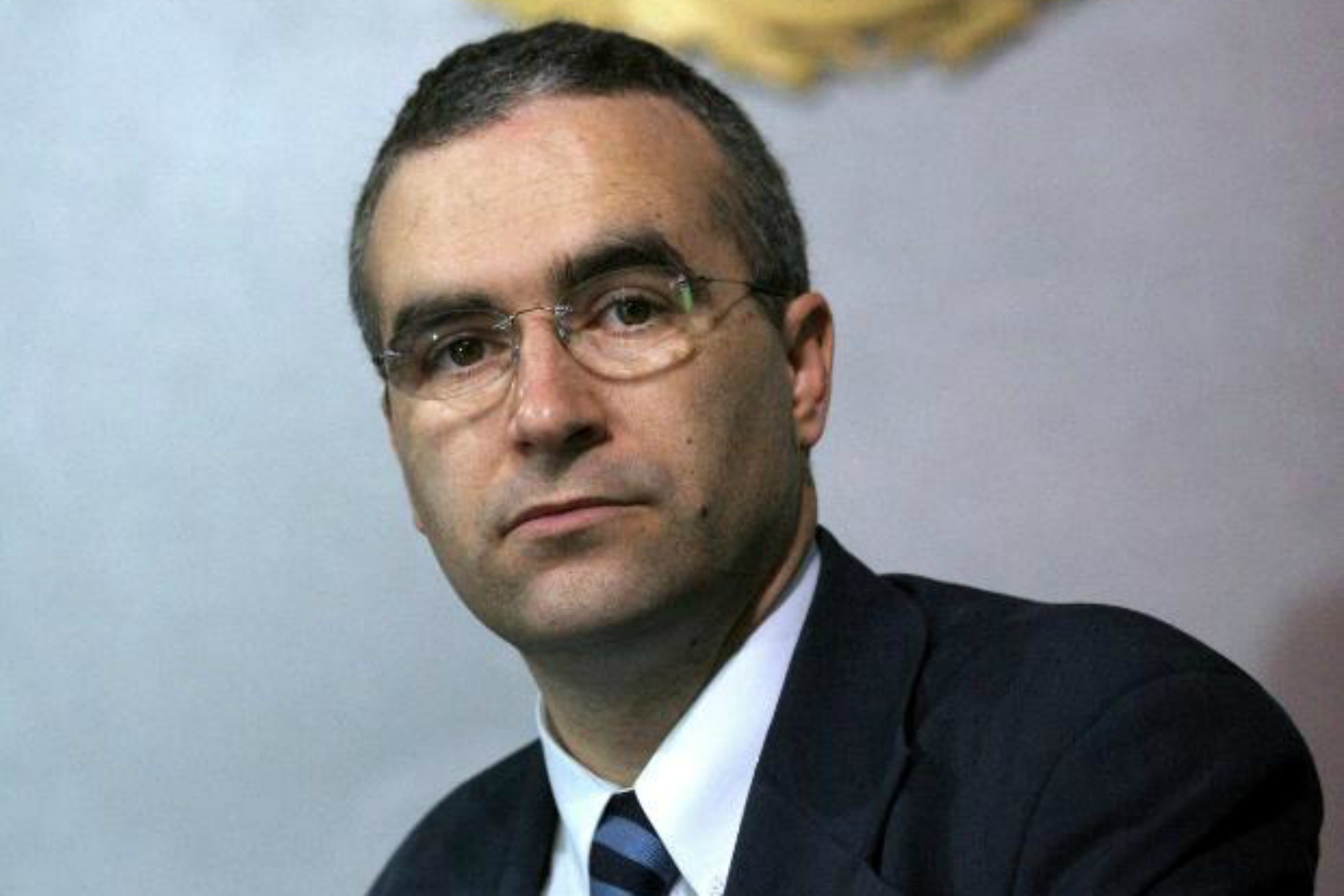 The Bulgarian Foreign Ministry Thursday (26 June) issued a statement, regretting that comments by Enlargement Commissioner Štefan Füle in an interview with EURACTIV “cast a shadow” over the accession of Bulgaria and Romania to the EU.
Interview

Member states and candidate countries have grown tired of the pace of the enlargement process, above all, the accession of Romania and Bulgaria, which raised a lot of questions about the credibility of the process, Enlargement Commissioner Štefan Füle told EURACTIV Czech Republic in an exclusive interview.
News

The European Commission will host a donors' conference in Brussels on 16 July, in order to mobilise further support to Serbia and Bosnia and Herzegovina following the recent floods there, the EU executive announced.
VideoPromoted content
Enlargement 23-06-2014

EU Enlargement Commissioner Štefan Füle has called on Turkey to restore the independence of its judiciary, if Ankara wants to make progress towards EU accession.
VideoPromoted content 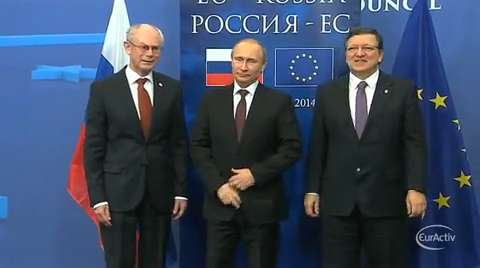 Parliament calls on world leaders to step up pressure on Russia

MEPs have called on western diplomats to step up sanctions against Russian energy companies, as the US, the EU, Russia and Ukraine are meeting in Geneva to find a diplomatic solution to the Ukrainian crisis,
News 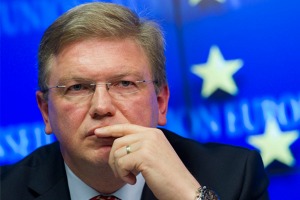 Commission President José Manuel Barroso announced today (9 April) the setting up of a ‘Support Group’ which will help support Ukraine and coordinate work with member states, other donors and the International Financing Institutions.
Interview

Štefan Füle: EU will consult with Russia over Ukraine’s association

The signing of the EU-Ukraine Association Agreement takes place in two stages, because of the need for the EU to continue consultations with Russia, Enlargement and European Neighbourhood Policy Commissioner Štefan Füle told EURACTIV Czech Republic in an exclusive interview.
News

EU Enlargement Commissioner Štefan Füle called on Ukrainian leaders and opposition on Thursday to form an 'inclusive' government and urged Kiev to ensure 'free and fair elections' in the crisis-hit country. In a 3 day visit to Kiev, in which he held talks with government and opposition, Füle insisted on the need for both sides to agree on constitutional reform, potentially limiting government powers.
VideoPromoted content 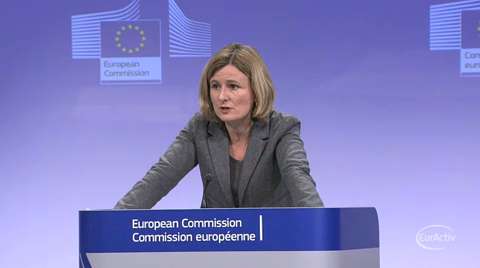 Asked by EURACTIV if the Commission was advising the Ukrainian opposition to opt for power sharing, spokesperson Pia Ahrenkilde-Hansen avoided a direct answer and insisted that Füle held meetings both with the opposition and the authorities. An “inclusive political process” is “decisive” for stability in Ukraine, she said. 'The first step is regaining the trust of the people by stopping the spiral of violence and intimidation.' Ahrenkilde-Hansen added.
VideoPromoted content 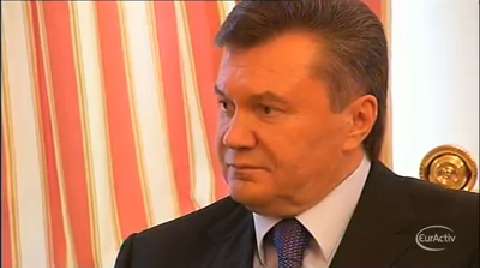 'Work on hold'. With these words, EU enlargement commissioner Stefan Füle announced on Sunday via twitter that Brussels is suspending further talks with Ukraine on a landmark trade and political pact. The Commission added that Kiev needs to show a "clear commitment to sign" the deal in order to continue the discussions.
VideoPromoted content 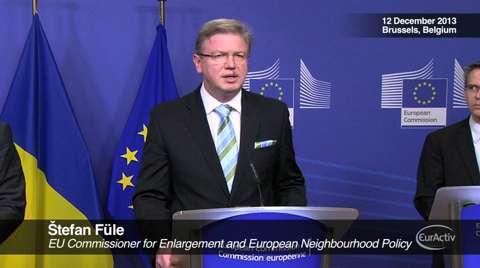 Thousands of anti-government protesters gathered in central Kiev, rebuilding barricades torn down by police yesterday (12 December) as the European Union held out a promise of increased aid for Ukraine if it signed an Association Agreement (AA). Ukraine's first deputy prime minister Serhiy Arbuzov flew to Brussels with a high-level delegation seeking billions of euros of aid from the EU in return for signing the agreement, which Kiev suddenly backed away from last month.
VideoPromoted content 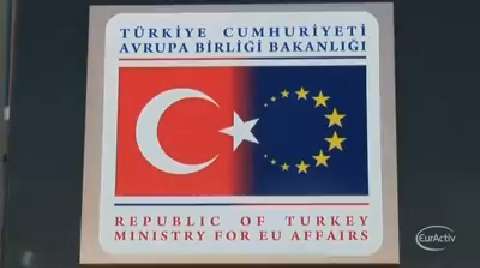 EU ministers agreed on Tuesday to resume accession talks with Turkey on November 5th after a three year break. Originally scheduled in June, negotiations were put on hold after the EU accused Turkish police of using excessive force against anti-government protests earlier this year.
News

European Union governments agreed on Tuesday (22 October) to hold a new round of accession talks with Turkey on 5 November, after Germany dropped its opposition voiced after Ankara's crackdown on anti-government protests earlier this year.
VideoPromoted content
Enlargement 10-06-2013