Campaigner: ‘For the first time, the EU has power over national health budgets’

As the EU gains more power over national healthcare systems, the health debates in each country are still focused on national issues, says Monika Kosi?ska, from the European Public Health Alliance (EPHA), which launched a new think tank to deal with those issues.
News

Leading European think tanks have expressed doubt that the EU leaders' pledge to create jobs and growth will be successful, adding to a growing wave of criticism over the outcome of this week's EU summit.
Opinion 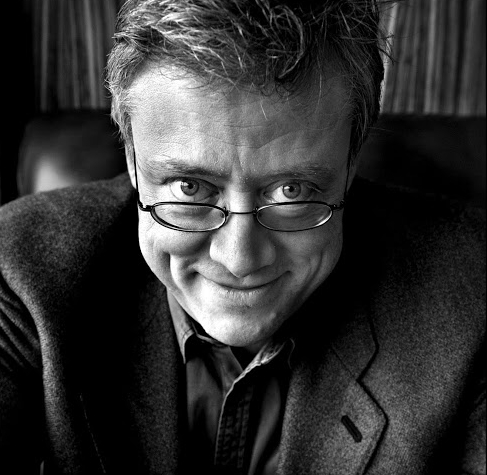 Brussels is the capital of Belgium and the capital of the European Union, both of which are going through severe crises. Foreign EU citizens represent a fifth of Brussels' population and an increasingly large segment of its economy. Yet they are almost absent from its political life. Can this multicultural city be a model of coexistence and integration, asks Alain Deneef, founder of the think-tank Aula Magna.
News

French Agriculture Minister Bruno Le Maire has assembled a group made up of sixteen personalities, including chefs, writers and business people, to reflect on the future of Europe's agriculture policy. EURACTIV France reports.
News
Public Affairs 01-02-2010

The proliferation, global expansion, and networking of think-tanks has boosted their potential to develop solutions to today's global public policy issues, according a major study published last month by the University of Pennsylvania.
News

The European Parliament has become more efficient at the expense of its accessibility to citizens and voters, a European Policy Centre study due to be published soon will reveal.
News

The European Commission sees think-tanks as interest representatives and thus expects them to sign up to its voluntary lobbyists register, Administration and Anti-Fraud Commissioner Siim Kallas announced last week, responding to claims by a leading Brussels think-tank that it had "no intention of signing up as lobbyists".
News

The changing face of European think-tanks

The number of think-tanks in Europe has more than quadrupled in recent years, and they have become more active and inventive at disseminating policy solutions to decision-makers. But they are at risk of turning into lobbyists as they face issues related to funding, autonomy and innovation.
Opinion
Public Affairs 03-02-2009

At a time when European countries are struggling to cope with the financial and economic crises, European think tanks are ill-fitted to help decision-makers find innovative solutions, authors Stephen Boucher and Martine Royo argue in a book released this month.
News

Globalisation is leading to worldwide growth in the number of think tanks, but such institutions must maintain their relevance by displaying a "flair for publicity" and a "streak of eccentricity" if they are to ensure they continue to engage policymakers, the press and the public.
News

EU policy think-tank Friends of Europe gathered some 600 policymakers and opinion leaders at Zaventem airport near Brussels on 4 October to celebrate the 75th birthday of its president, Viscount Etienne Davignon.
News

Pro-liberalisation think-tank the Globalisation Institute has launched a Brussels centre of operations. According to Alex Singleton, founder and president, it aims "to research, develop and promote practical policy options that increase competitiveness and replace harmful regulation".
News

On the occasion of the tenth birthday of leading independent Brussels think-tank the European Policy Centre (EPC), EPC director and founder Stanley Crossick tells EURACTIV that Brussels still has much to learn from the US think-tank landscape.
Interview
Science & Policymaking 17-07-2007