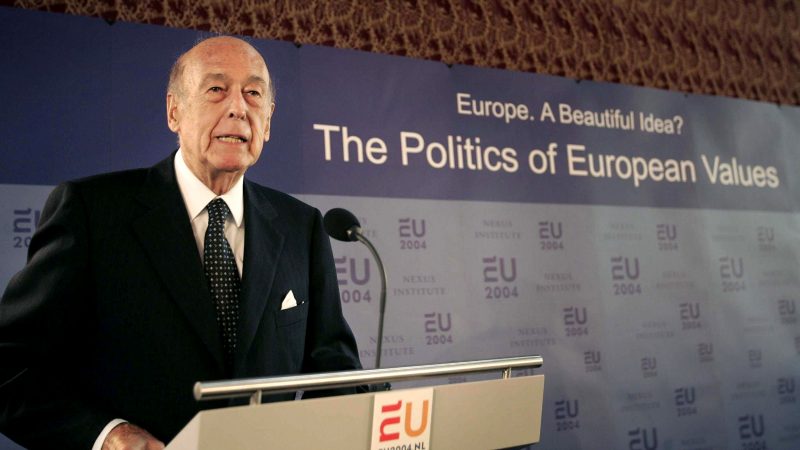 Former French president Valery Giscard d'Estaing, a leading advocate of European integration who led his country into a new modern era, has died of Covid-19, his family said. He was 94.

The European Commission and senior EU lawmakers said they stood ready to intensify dialogue with the US on climate change, listing car CO2 limits and green finance among areas where “real transatlantic cooperation” is again possible after the four-year “Trump parenthesis”.
Special Report

Many in Donald Trump's administration see Germany as its main ideological antagonist on the global stage. After next week's US presidential election, Berlin is hoping for a “new beginning in the transatlantic partnership”, whoever wins.

International perceptions of the US has sunk to new record lows, according to a new poll from Pew Research covering 13 countries, which highlighted a lack of trust in President Donald Trump's decision-making on foreign policy, as well as the country's inadequate coronavirus response.

Washington is planning to withdraw troops from Germany because Americans taxpayers are against "paying too much" for other countries' security, the outgoing US ambassador to Germany told Bild newspaper in an interview published on Wednesday (10 June), confirming earlier media reports.

Germany's defence minister Annegret Kramp-Karrenbauer (CDU) insisted on Tuesday (9 June) that the government cannot speculate on the reported withdrawal of US troops from the country, as it has so far only seen the news report and has not been officially notified.

According to a report, US President Donald Trump is offering German scientists a lot of money if they come to the US. He also wants a coronavirus vaccine "only for the USA." EURACTIV's media partner Der Tagesspiegel reports.

US President Donald Trump, fresh from calling a trade truce with China, threatened on Wednesday (22 January) to impose crippling tariffs on European autos unless the EU budges on a transatlantic deal. The European Union talked up hopes for such...

European Union commissioners-designate said the bloc should agree on a digital tax if no deal on the matter was reached at a global level by the end of next year, ramping up pressure on multinationals accused of paying too little.
Read more »»
RSS - transatlantic relations