The United Kingdom on Thursday (16 January) defended its much-criticised scheme to guarantee the rights of EU nationals after Brexit, as the country’s Home Office announced that a vast majority have already applied for settled status.
News 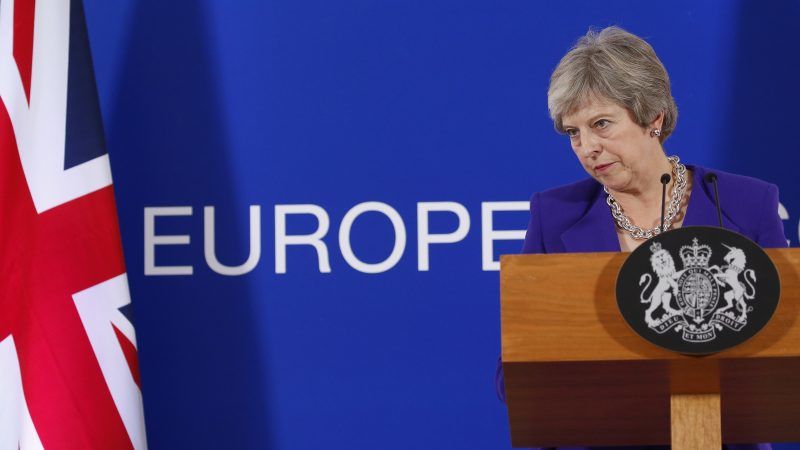 UK Prime Minister Theresa May’s Brexit plan could leave Britain in a “long running” multiyear transition period, the London Times reported on Wednesday (24 October) citing leaked documents seen by the newspaper. According to the leaked documents, the plan “could...
News

Brexit minister David Davis will say today (20 February) that the United Kingdom has no plans to recast itself as a regulation-light economy undercutting rivals on the continent, as he attempts to dispel a major concern of EU leaders.
News

The European Union believes Britain will not be ready to make a full break from the bloc by the end of 2020 as Brexit transition plans foresee and several senior EU figures said they are bracing for a much longer goodbye.
News

A senior British minister yesterday (8 February) accused the European Union of acting in bad faith over a plan to sanction London if it breaks the rules of the post-Brexit transition period.
News
Enlargement 06-02-2004

Interview news: Fear of flood of cheap labour is exaggerated

The EU should fear a brain drain heading East and not a flood of cheap labour from new Member States, says a Dutch expert in labour mobility in an exclusive interview with EURACTIV.
Opinion
Climate change 06-11-2002

Challenges for the Accession Countries in the EU’s Environmental Field

Challenges for the Accession Countries in the EU’s Environmental Field Almost four years to date, assessment reports from the Commission’s Environment Directorate stated that many of the Central and Eastern European Countries (CEECs) queuing to join the EU were falling...
News
Enlargement 07-05-2001

Commission is expected to propose 10-year moratorium on foreign purchases of farmland in Poland, Hungary and the Czech Republic
News
Enlargement 13-04-2001