The far-right Alliance for Peace and Freedom (APF) party has received EU-funding to the tune of €600,000, highlighting the ease with which neo-fascist groups have access to European Parliament financing. EURACTIV Germany reports.
Opinion

Kosovo has illegally arrested one third of the parliamentary opposition. On Thursday (21 January) the European Parliament will discuss a draft resolution on Kosovo, which does not even mention the arrests, writes Andrea Lorenzo Capussela.
InfographicPromoted content

In a vote widely expected, MEPs have re-elected Martin Schulz as president of the European Parliament, but with the large number of eurosceptic voices in the new assembly, the German socialist will need to refine his strategic leadership.
VideoPromoted content 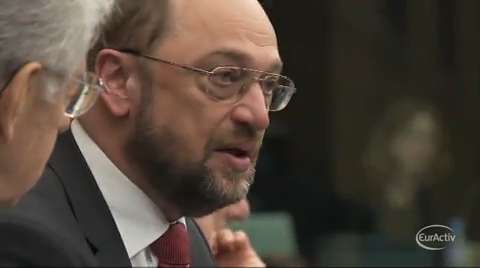 Minority political groups have accused the EPP and S&D of backing a 'pre-cooked deal', after the two largest political parties vowed they will vote for Martin Schulz to become the next president of the Chamber.
VideoPromoted content 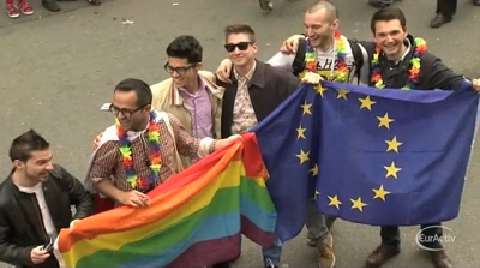 Parliament tells Commission to step up fight against gay discrimination

MEPs called on the European Commission on Tuesday to step up its fight against sexual discrimination, after more than 100.000 people marched through Paris and Lyon on Sunday protesting the legalisation of same-sex marriage. In a non-binding resolution adopted with 394 votes in favour and 176 against, the European Parliament wants the EU executive to draw up a pan-European strategy to better protect fundamental rights of gay, lesbian, transexual and bisexual people.
Interview
Global Europe 20-12-2011

Austrian MEP Ulrike Lunacek (Greens/EFA group), the European Parliament's rapporteur on Kosovo, urges the five EU countries that have not recognised Kosovo's independence – Greece, Cyprus, Romania, Slovakia and Spain – to do so. She spoke to EURACTIV in an exclusive interview.
Interview

The financial and economic crisis gives the Greens an opportunity to show voters that they are not just campaigning "to save trees, but people too," said Austrian Green MP Ulrike Lunacek in an interview with EURACTIV.
RSS - Ulrike Lunacek