European Commission on UK’s decision to delay strike against Syria

Prime Minister David Cameron was forced yesterday (28 August) to push back his plans for an imminent military strike against Syria in a humiliating climb-down for Britain's leader after coming under fierce domestic and international pressure. Just a day after recalling Britain's parliament to vote on how to respond to Syria's suspected use of chemical weapons, Cameron was ambushed when the opposition Labour party said it wanted greater parliamentary scrutiny and rebel lawmakers in his own ruling Conservative party said they would oppose him.
Promoted content 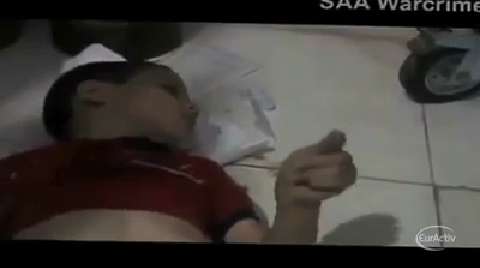 US ‘ready’ to launch military attack against Syria, says Hagel

US forces are 'ready' to launch an attack on Syria at President Barack Obama's command. That's what US Defense Secretary Chuck Hagel told the BBC on Tuesday adding to mounting speculation of a possible imminent military intervention by Western countries. The comments came after US Secretary of State John Kerry said on Monday that it is 'undeniable' that the Syrian government used chemical weapons against civilians last week, even though Bashar Al-assad strongly denies it.
Promoted content
Global Europe 27-08-2013

US John Kerry on Syria: chemical weapons attack is ‘a moral obscenity’

The US put Syrian President Bashar al-Assad on notice yesterday (26 August) that it believes he was responsible for using chemical weapons against civilians last week, in what Secretary of State John Kerry called a "moral obscenity." "President [Barack] Obama believes there must be accountability for those who would use the world's most heinous weapons against the world's most vulnerable people," Kerry said in the most forceful US reaction yet to the 21 August attack (see background).
RSS - UN Security Council