The forthcoming Unfair Trading Practices (UTPs) directive, which is being finalised in negotiations over the next two weeks, aims to tackle the worst behaviours of the big food buyers, writes Thomas Wills.
Opinion

Brushing aside pressure from EU retailers, the European Parliament gave Paolo De Castro, a socialist MEP and rapporteur for unfair trade practices, the mandate on Thursday (25 October) to immediately start trilogue negotiations on the issue with the EU Council and Commission.
News 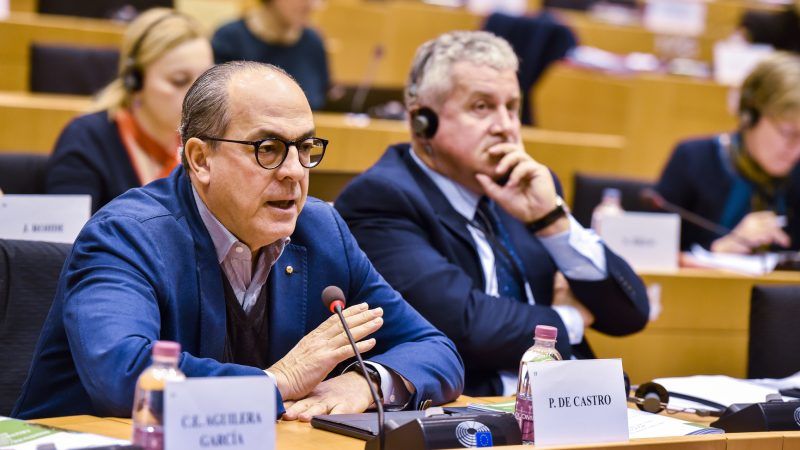 Next week’s European Parliament vote on the proposed unfair trade practices (UTPs) directive is crucial as there will be no time to pass the bill in this legislature in the event of a non-approval, the MEP piloting the file has warned.
Opinion

Unfair trading practices must be banned from supermarket supply chains to improve the income and working conditions of the people who produce our food in Europe and across the globe, write Marc-Olivier Herman and Tom Wills.
Opinion

As Brussels decision-makers begin their final discussions on the European directive on Unfair Trading Practices this autumn, they would do well to consider assessing some of the successful laws in place around Europe, which have had an overwhelmingly positive impact on the entire food supply chain, write Promarca and FIAB.
News

The final scope of the European Commission’s proposals on unfair trade practices (UTPs) in the EU food supply chain has divided stakeholders, as it has not been decided yet if large companies should also be included in the legislation, in addition to small and medium firms.
Opinion

As the European elections and the change of Commission loom next year, the Commission is in a hurry to get its last proposals out and parliamentarians are keen to complete their scrutiny before the campaign trail beckons, writes Christian Verschueren.
Special ReportNews

EU lawmakers and farmers have welcomed the European Commission’s rules on unfair trade practices but have called for “strong” enforcement to protect the weakest parts of the food supply chain.
News

IItalian farmers say they have been the “weak link” in the country’s fragmented food chain and are seeking ways to effectively organise themselves in order to increase their bargaining power in the agricultural market.
News

Trade relations in the agricultural sector remain a source of tensions between large retailers and farmers, while a legislative proposal is expected at European level. EURACTIV.fr reports.
Opinion

Legislating against unfair trading practices in the agri-food sector would ultimately push up prices and cause farmers and consumers to lose out, writes Christian Verschueren.
News