Van Rompuy says he will quit politics in 2014

Ahead of an EU summit next week, European Council President Herman Van Rompuy has tabled proposals to deepen the Economic and Monetary Union, fleshing out plans for a two-tier Europe with the eurozone at its core.
News

Members of the European Parliament have drawn their red lines ahead of negotiations with member states over the EU's 2014-2020 budget. In a resolution adopted yesterday (23 October), they state that they will not accept any compromise that does not strike a balance between spending and revenue. EURACTIV reports from Strasbourg.
News
Euro & Finance 12-10-2012

Eur zone countries should consider clubbing together to borrow as well as paying into a central budget that could be used to help struggling countries, according to a report prepared by senior European officials ahead of the EU summit next week (18-19 October).
News

Several countries would like a special budget for the eurozone to protect the single currency from “asymmetric shocks”, with France, Germany and others backing the idea, according to EU diplomats.
News
Elections 29-03-2012

Jacques Delors, the former European Commission president widely seen as one of the 'fathers of Europe', said yesterday (28 March) that EU leaders were "killing Europe", replacing the community method by inter-governmental solutions and nationalism, with the complicity of the Union's institutions.
News
Future EU 02-08-2011

France is leading a group of EU member states who want Council President Herman Van Rompuy to receive new powers and lead the Euro zone at the level of heads of state and government, according to reports in the French daily Le Monde yesterday (1 August).
Opinion
Future EU 14-07-2011

The division of labour between the president of the European Council (Herman Van Rompuy) and the rotating presidency of the Council of Ministers (currently Poland) since the Lisbon Treaty has divided EU leadership and led to the "European Councilisation" of EU politics, argues Piotr Maciej Kaczy?ski in an exclusive commentary for EURACTIV.
News

Asked how the EU should deal with financial crises in Greece, Ireland and Portugal, Council President Herman Van Rompuy said yesterday (19 May) that because “money matters”, leaders must take care when giving out messages and “think twice” before they open their mouths.
News
Public Affairs 04-05-2011

EU finds a clearer voice in the UN

Catherine Ashton, the EU's High Representative for Foreign Affairs and Security Policy, will at last have the right to speak at the United Nations General Assembly, following a vote held yesterday (3 May).
News 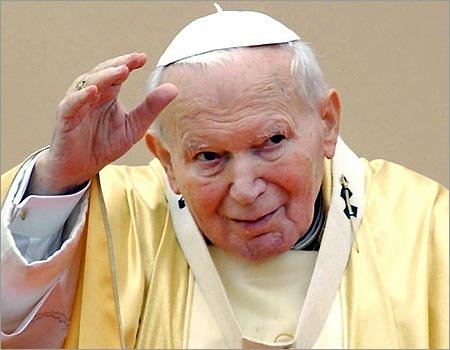 Sunday's (1 May) beatification ceremony of Pope John Paul II will be attended by EU officials at the highest level, with Herman Van Rompuy, José Manuel Barroso and Jerzy Buzek all expected in Rome to mark the occasion. By contrast, most EU heads of state have instead chosen to mark Labour Day.
News
Global Europe 02-03-2011

Coordinating economic governance is widely considered as a way for the EU to get out of the crisis. However, there is little agreement among member states on what economic governance really means. Indeed, even within single countries like Germany there is much division. EURACTIV Germany reports.
News

The political crisis in Belgium hit a new low yesterday (4 October) when Flemish separatist party N-VA announced "the end of the story" after 114 days of negotiations on state reform that were expected to pave the way for a new government to take office.
News

Felipe González, chairman of the Reflection Group on the Future of Europe, warned yesterday (4 October) that the EU should honour commitments made to Turkey, which ten years ago was given the prospect of European Union membership.
News
Science & Policymaking 16-09-2010

EU leaders will focus on international affairs when they meet in Brussels today (16 September) rather than hammering out new budget surveillance measures as originally envisaged.
Interview
Euro & Finance 14-09-2010

Proposals on the shape of Europe's economic governance infrastructure should be put forward by the European Commission – not the Van Rompuy task force – Guy Verhofstadt, leader of the liberal group in the European Parliament, told EURACTIV in an interview.
News
Trade & Society 09-07-2010

The European Union's trade chief talked up the benefits of a possible deal with Latin America's Mercosur region on Thursday (8 July), facing down strong opposition from environmentalists, farmers and lawmakers.
RSS - Van Rompuy