The European Parliament could pass a law on the compulsory replacement of the Eurovignette, by a system of tolls, despite the reluctance of Member States. EURACTIV.fr reports
News

Germany, Austria, Spain, Italy and most Eastern member states are reluctant to adopt stricter rules to limit emissions from diesel vehicles, despite watered down proposals from the European Commission.
VideoPromoted content 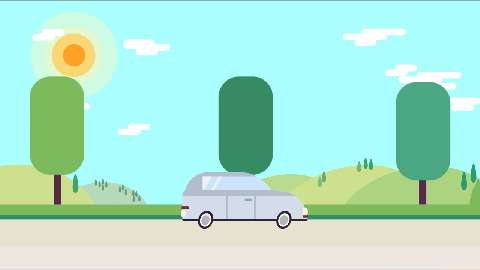 Light and safe – How aluminium keeps you protected

Aluminium is the perfect solution for light and safe vehicles. At equal safety aluminium structural components can be made up to 40% lighter than steel. Light-weight aluminium also makes vehicles easier to handle and shortens braking distances, thereby helping to avoid accidents in the first place. And even if a crash happens, the lower weight of aluminium reduces the crash energy which must be absorbed during an accident. This minimises the overall impact and damage caused by a crash. Watch this video and find out why aluminium is the best choice for safe transport. If you want to learn more about vehicle safety follow @EU_aluminium
News
Transport 07-05-2013

The European Parliament’s environment committee on Tuesday (7 May) called for the installation of electric speed limiters for vans to prevent their accelerating beyond an agreed 120kph cap. But MEPs rejected reducing the 2020 target for van CO2 emissions to 118g per km.
News

The European Commission is proposing tougher vehicle testing rules that for the first time would require inspections of all motorcycles and scooters. The move comes as the number of road deaths spiked in recent months.
News

The European Parliament´s internal market and transport committees have adopted a non-binding resolution calling for all new cars to be fitted with eCall devices to alert rescue services in case of crashes by 2015.
News

Proposed EU legislation to set CO2 reduction targets for vans is in for a rocky ride as divisions remain over its expected impact on Europe's car manufacturing industry.
News

As MEPs prepare to vote on a legislative proposal imposing caps on the CO2 emissions of new cars, the automotive industry is warning against introducing similar measures for vans and minibuses, which the Commission is planning to propose by the end of the year.
News

The European Parliament's Environment Committee yesterday (24 June) voted in favour of earlier implementation of plans making it mandatory for government authorities to ensure public transport fleets and other utility vehicles are clean and energy efficient.
News

As part of its drive to promote more sustainable urban transport, the Commission has revived a proposal requiring government authorities to ensure that their public transport fleets and other public-utility vehicles, such as garbage lorries or delivery vans, are clean and energy efficient.
News
Climate change 01-09-2000

On the road to Green Cars