As Europe is facing a new heatwave this week, drought emergency measures will be back on the table. According to a study EU member states do a lot to worsen the impacts of drought.
Infographic 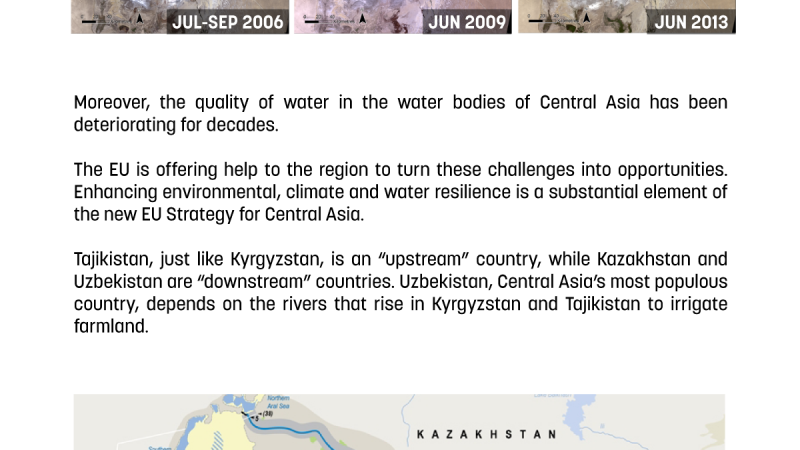 Central Asia is facing increasingly severe environmental challenges. The EU is offering help to the region to turn those challenges into opportunities. Enhancing environmental, climate and water resilience is a substantial element of the new EU strategy for Central Asia.
Special ReportOpinion

In our highly interconnected world of today, Europe and Central Asia have never been so close, and neither have the potential benefits of working even more closely together been so evident, write Federica Mogherini and Neven Mimica.
Special ReportNews

European Council President Donald Tusk did a tour of three Central Asia countries last week, including Tajikistan, where the melting Pamir Glaciers illustrate the impact of climate change and the difficulties of water management in this part of the world.
Special ReportNews

Predictive management and process optimisation in water utilities mean less usage of chemicals, which results in a positive environmental footprint as well as less operational costs for the industry, an expert told EURACTIV.com.
Special ReportInterview

The European Commission aims to make Copernicus, the EU’s earth observation programme, a “top tool” in fighting climate change in the future, which will simultaneously be more involved in policies related to water management, a high-ranking EU official said. “One...
News