About: white paper future of Europe

European Commission President Jean-Claude Juncker moved solidarity up the ladder of EU priorities in a straightforward speech delivered in Florence today (5 May) during the State of the Union Conference.
Interview

Romania's real concern is not the prospect of “multi-speed Europe” but the lack of a “good driver”, of real leadership and of a valuable European vision, Vasile Pușcaș told EURACTIV.com in an exclusive interview.
News

CIVICO-Europa, an informal group set up by opinion leaders and later supported by politicians, presented today (20 March) a manifesto for the future of Europe, based on “doing much better together”, rather than the traditional way of “doing more”.
Interview 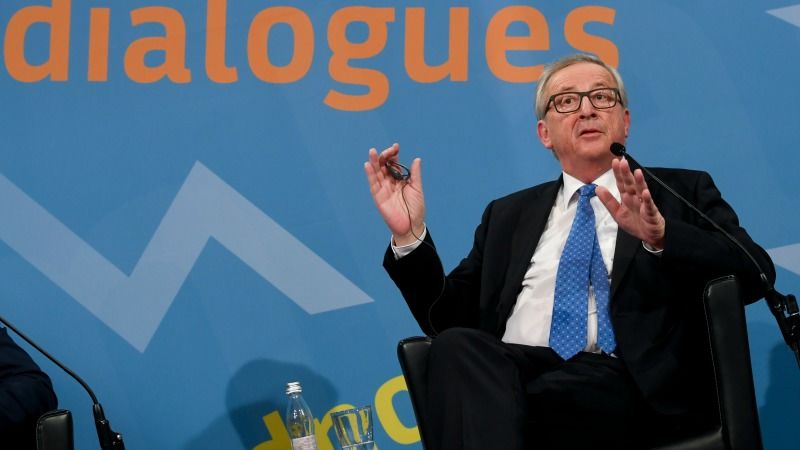 The idea of protecting the European Union by making it more flexible appears to be a reasonable choice under the current circumstances, writes Stratfor.
News

European Commission President Jean-Claude Juncker will support "more Europe" for all members instead of a two-speed model that would split the bloc, a senior Commission official has said, refuting previous allegations.
Special ReportInterview