Even though Theresa May’s Brexit White Paper prompted a furious reaction from a large section of her Conservative party, not to mention a broadside from US President Donald Trump, not everyone was unhappy with it.
News

The UK outlined plans for a Ukraine-style association agreement with the EU on Thursday (12 July) as it published its long-awaited White Paper on relations with the EU after Brexit.
Opinion 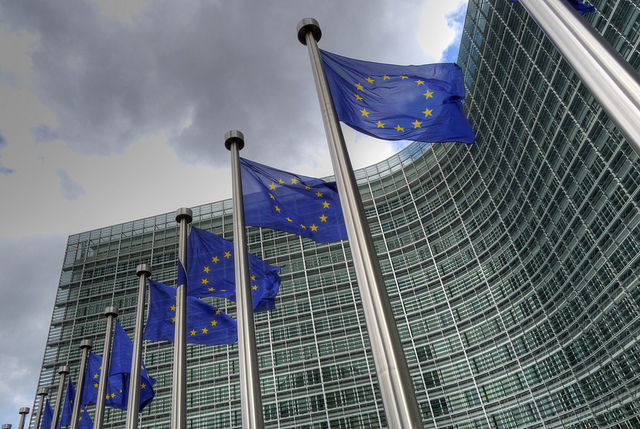 Europe’s political leadership should be the one to take the lead in consultations and the responsibility to speed up individual political decisions on which technocrats will be called upon to adapt financial tools for their achievement, Stavros Kalafatis writes.
Opinion

EU Commissioner for Education, Culture, Youth and Sport Tibor Navracsics said the "social attractiveness" of the Erasmus programme needs to be increased and called on the member states to make the right funds available. EURACTIV Spain reports.
News

The British government on Thursday (2 February) presented its Brexit strategy to parliament, publishing 12 objectives that it believes will secure "a new, positive and constructive partnership" with the EU.
News
Transport 04-04-2011

When the European Commission unveiled plans to slash transport CO2 emissions by 60% by 2050 last week, many assumed the figure would apply to road, rail and air travel in the same way. But EURACTIV has learned that the cut for aviation is only 34%, a target both environmentalists and industry sources say is unrealistic.
News
Transport 25-02-2011

The European Commission has drawn up a plan to cut planet-warming transport emissions to "at least 60%" of 1990 levels by 2050, but environmentalists say it lacks urgency – and travellers and transport companies alike will foot the bill.
Opinion
Public Affairs 12-06-2006

Christophe Leclercq and Kristina Weich Hondrila from EURACTIV write in this aritlce published by Politik & Kommunikation article (in German) about possible developments of the EU communication policy.  The consultation period on the white paper on EU communication will close at the end of July.
Opinion
Public Affairs 29-05-2006

Manuel Lianos analyses in this articly published in Politik & Kommunikation reactions following the publication of the white paper on EU communication policy.  While the Commission and journalists in Brussels are still arguing about the initiative, a new pilot project by the Commission has already started in Berlin. The complete version of this article is available in German.
Opinion
Public Affairs 04-04-2006

The 15th issue of “EU-Nachrichten”, published by the German representation of the EU Commission, deals with the white paper on a European communication policy presented by the Commission on 1 February 2006.   Concentrating on Germany and German actors, this issue presents examples of and proposals for the debate.   The complete version of this publication is available in German.
Opinion
Public Affairs 03-03-2006